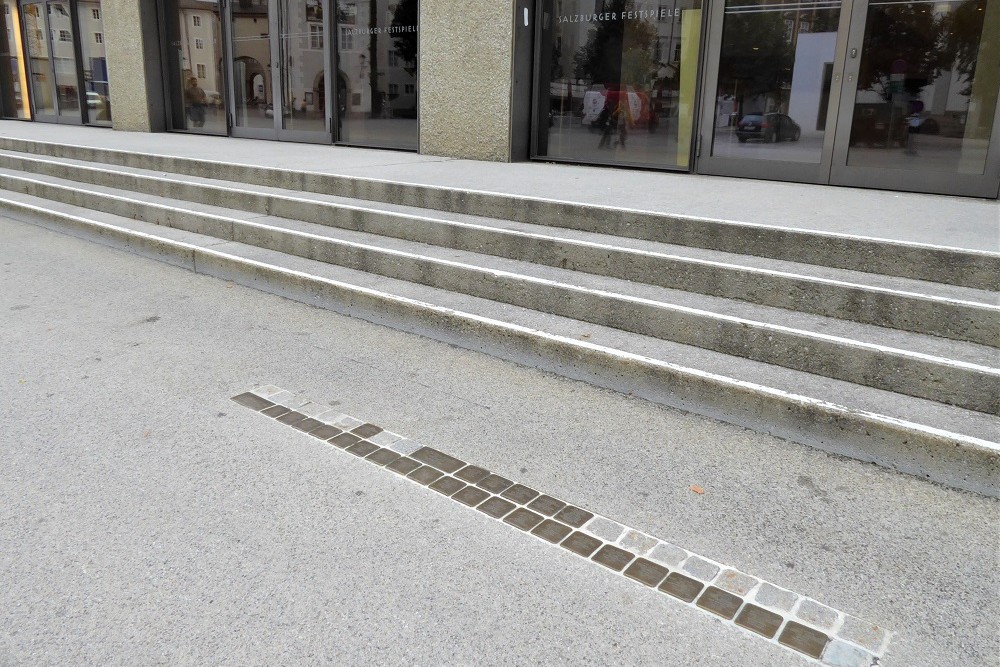 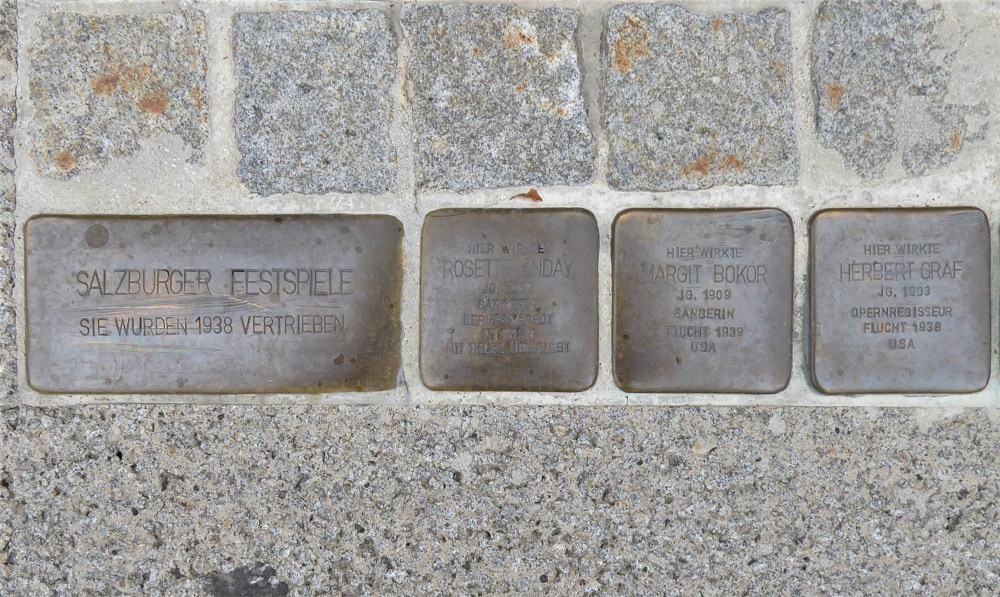 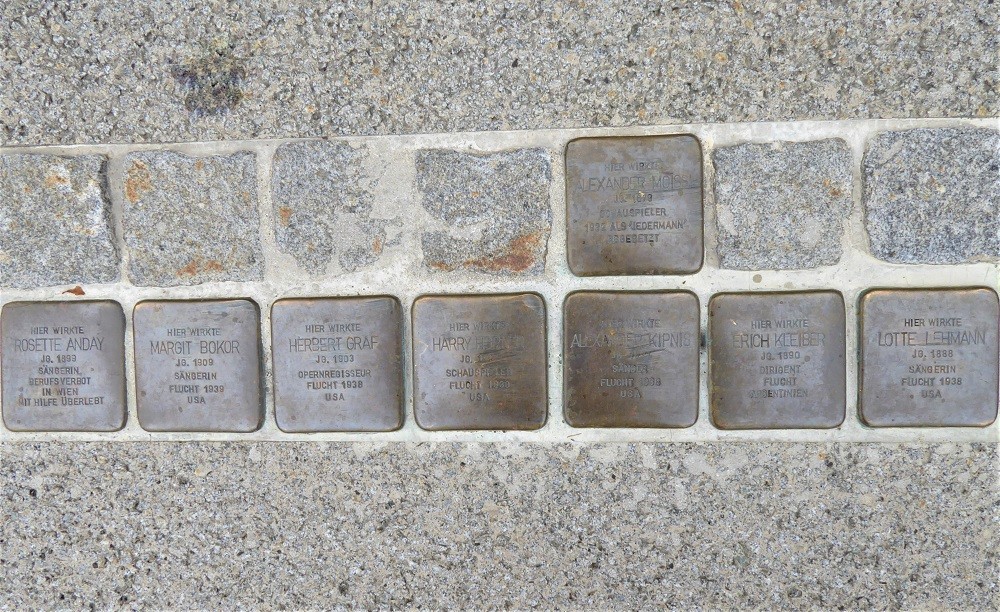 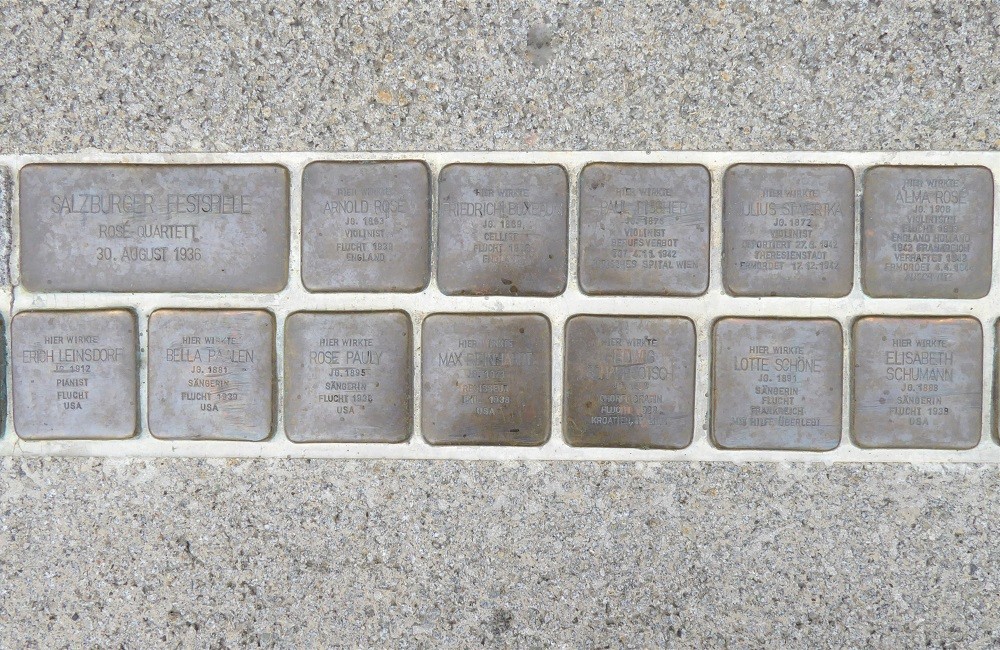 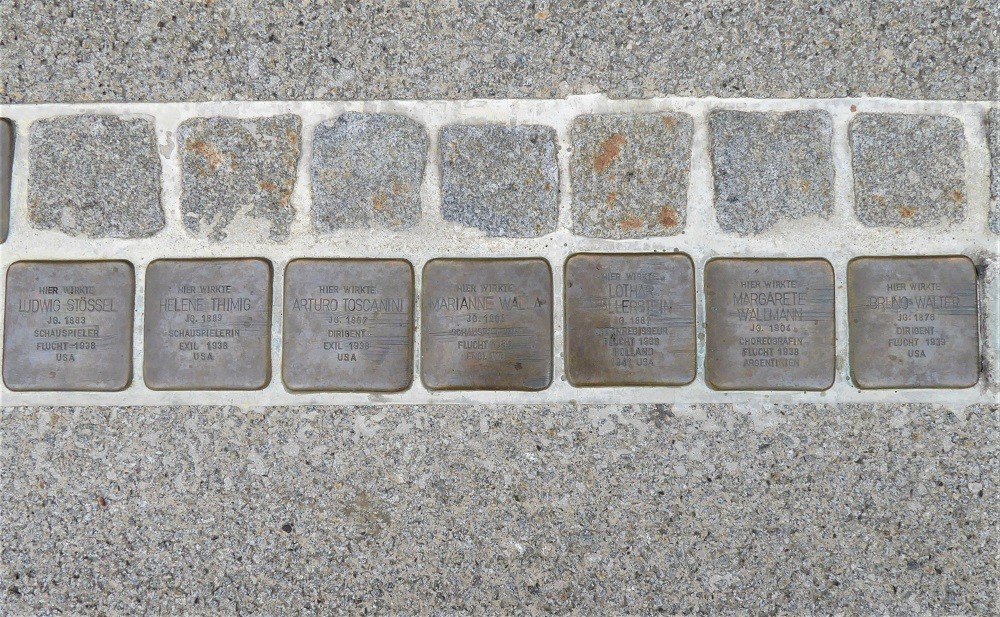 In front of the House for Mozart, the building of the Salzburg Festival, 28 Stolpersteine were laid on 17 August 2020 for the victims of the National Socialist dictatorship.
"100 Years of the Salzburg Festival" was the occasion to commemorate the displaced and murdered artists and the many other Jewish protagonists who played a decisive role in shaping the festival in the nearly 20 years from its inception to its annexation in 1938.


The small brass plaques, in the pavement in front of houses of which the (mostly Jewish) residents were murdered by the Nazis, mention the name, date of birth and place (mostly a concentration camp) and date of death.