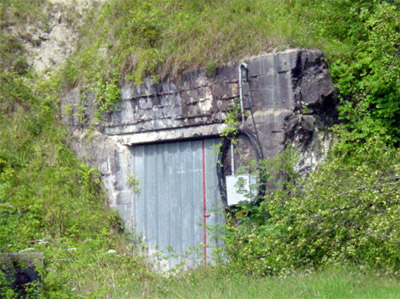 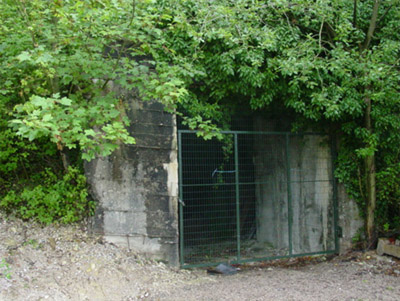 In order to escape bombing raids and to build up sufficient operational stock, the Germans decided to build underground depots at various locations.

Especially the calcareous chalk soil of Artois and Somme offered the opportunity for this. If warfare allowed it, those bases would also be used for launching V2 rockets by mobile firing units.

In Bergueneuse, three tunnels were dug in a quarry and reinforced with concrete in semicircular cross-section. Square concrete entrances (2.90 x 2.94 m) led to a 2.5 km long railway branch in the direction of Anvin.