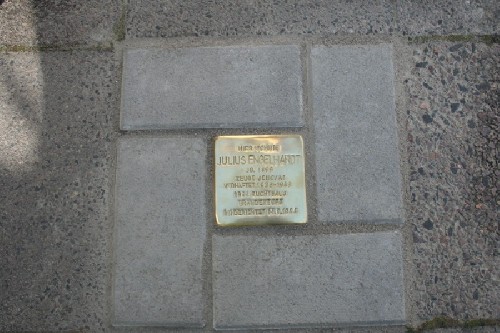 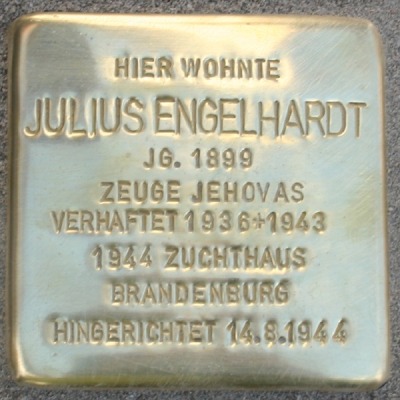 This memorial stone (so called Stolperstein or stumbling block) commemorates Julius Engelhardt, a Jehova's Witness who was murdered in Brandenburg.