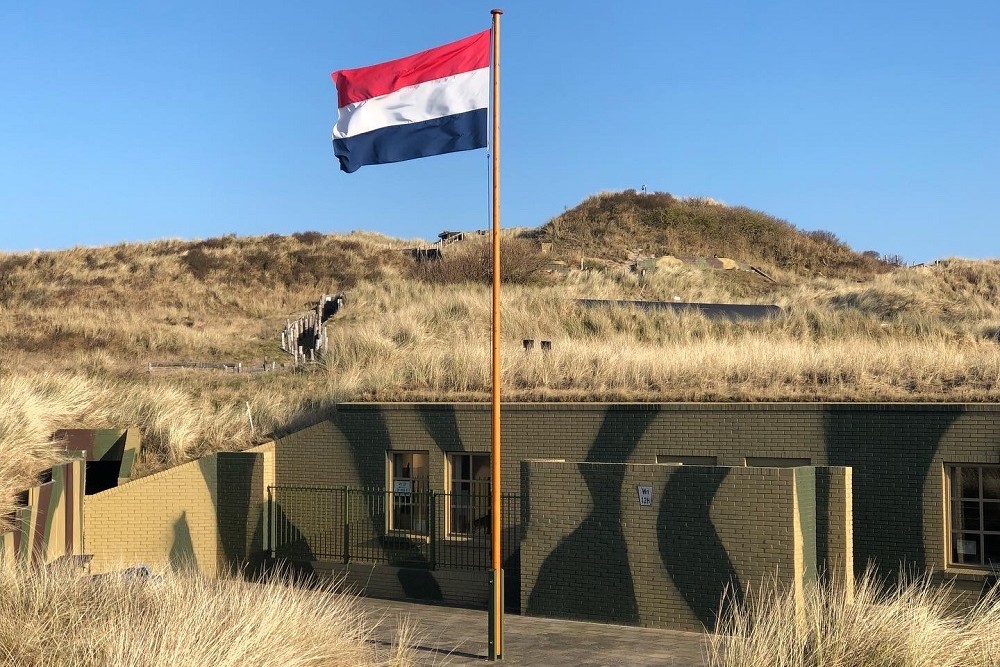 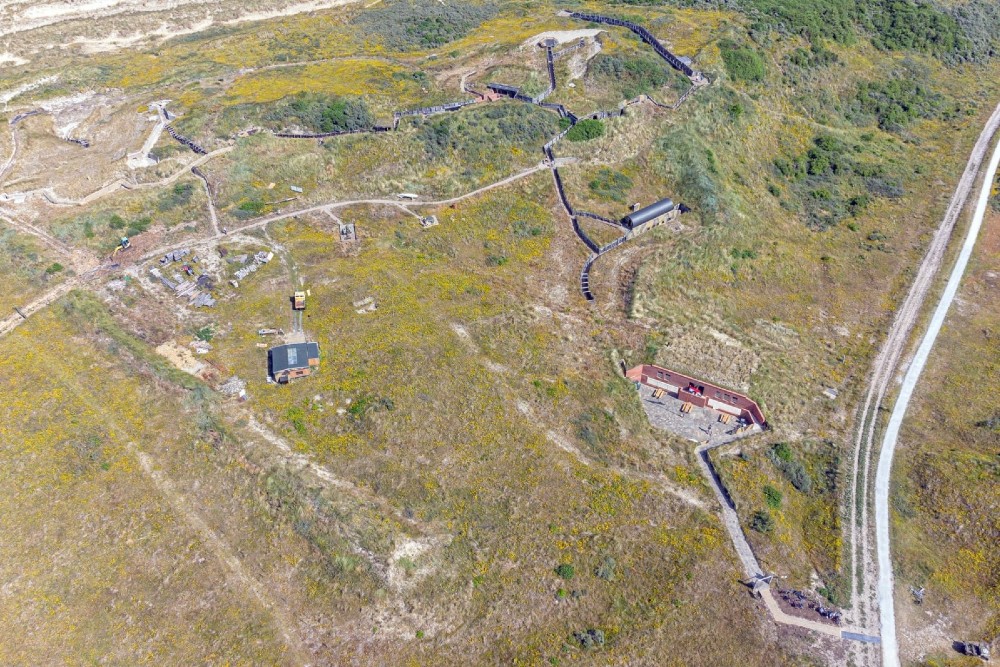 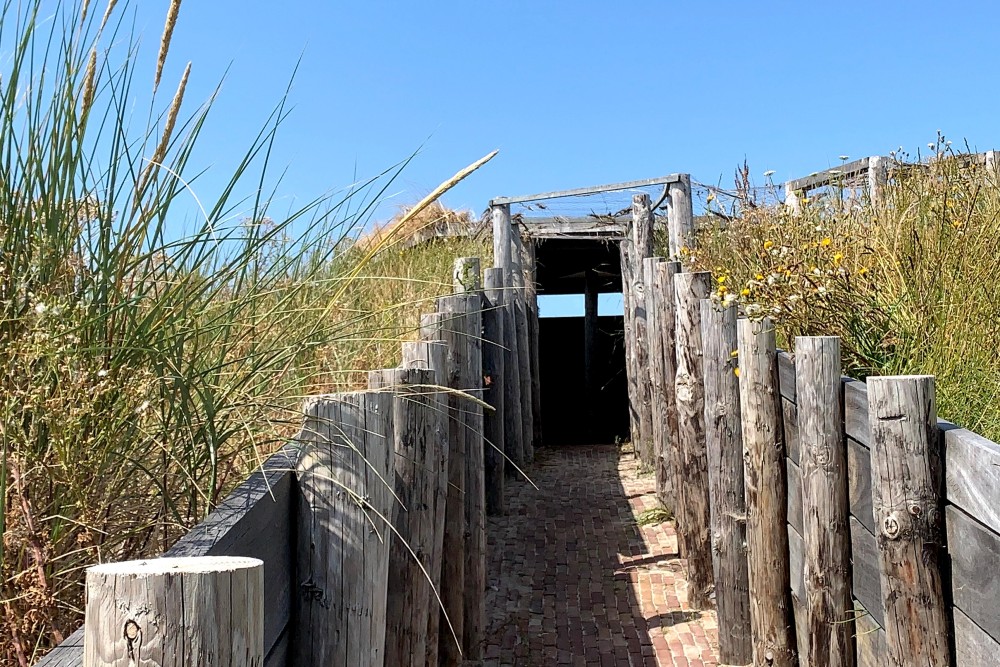 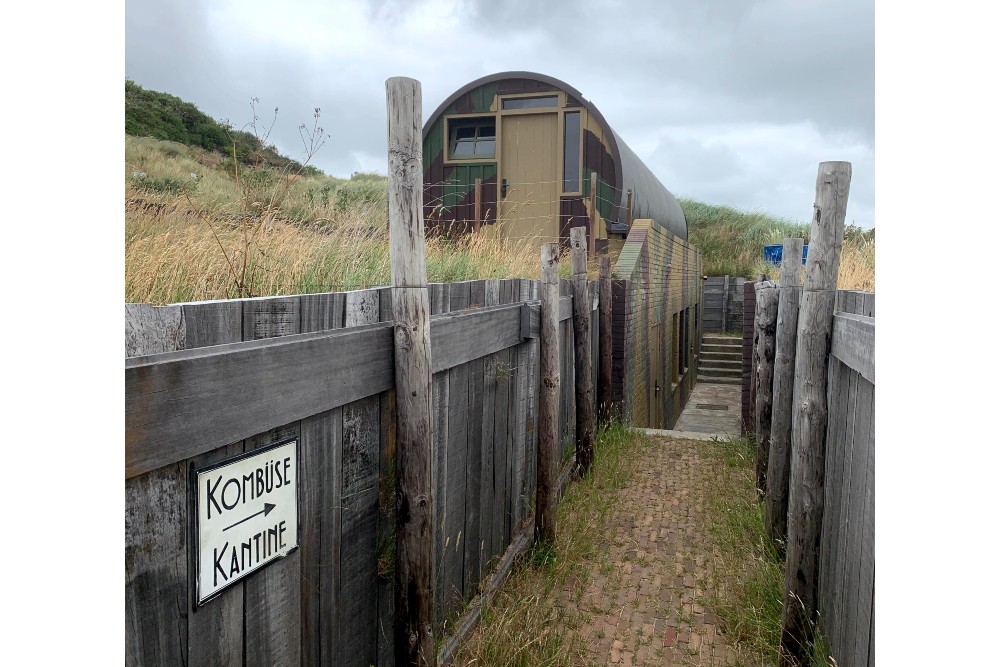 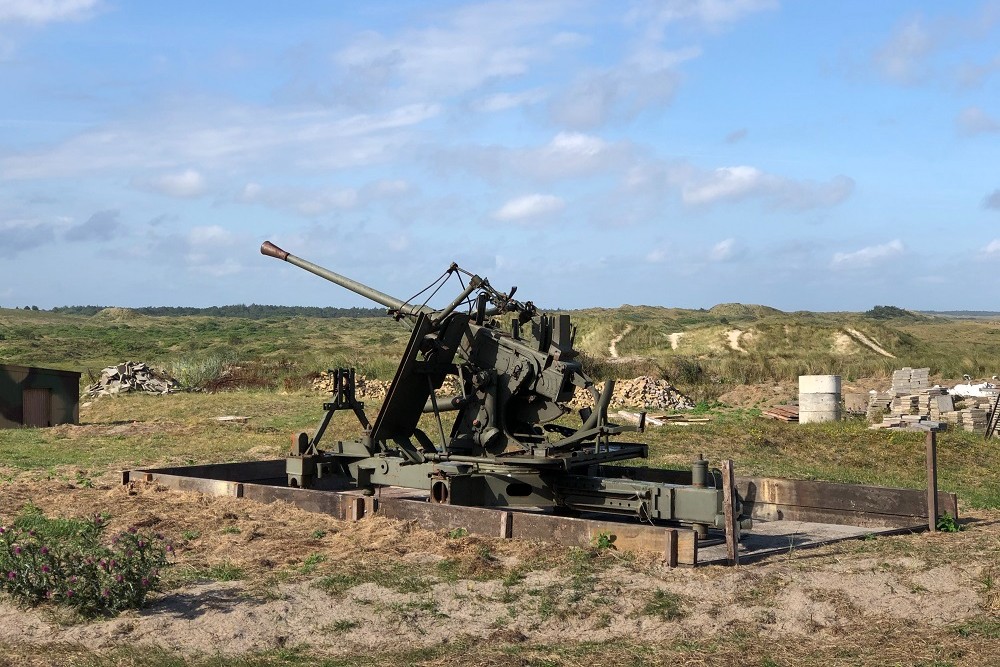 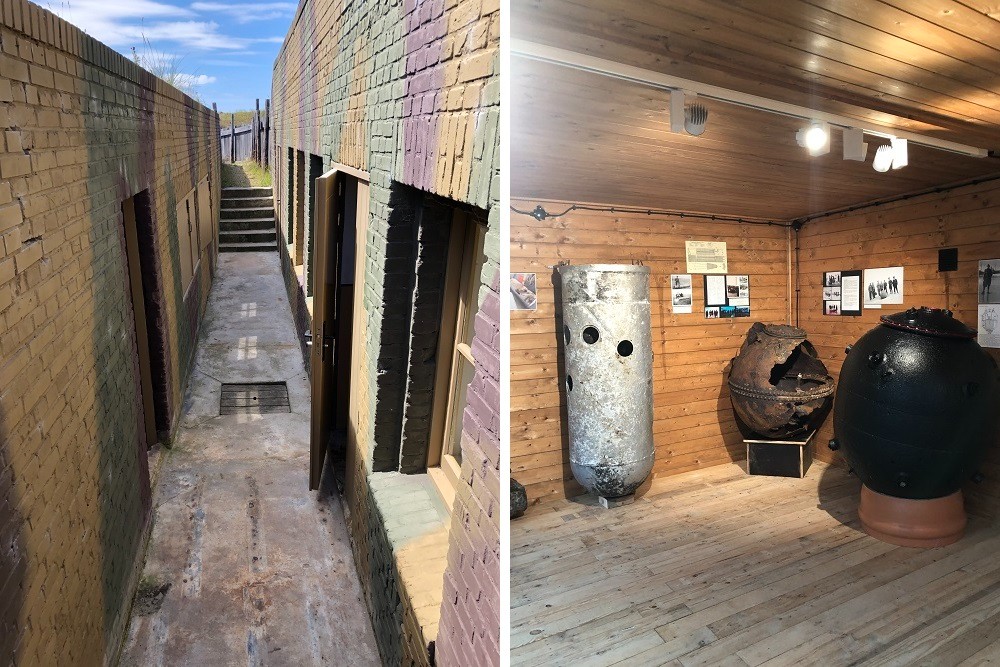 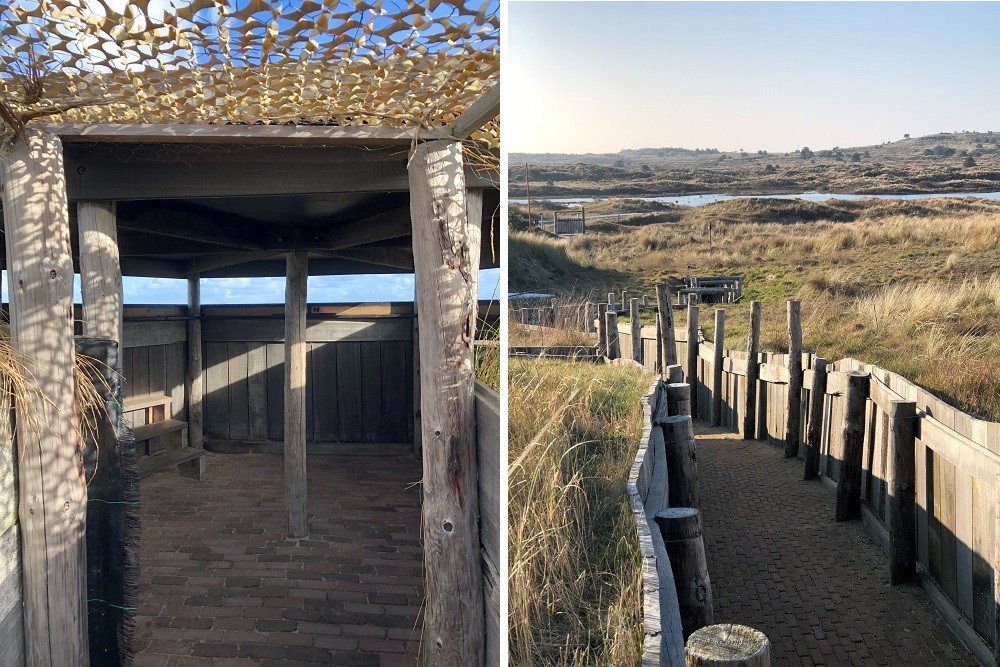 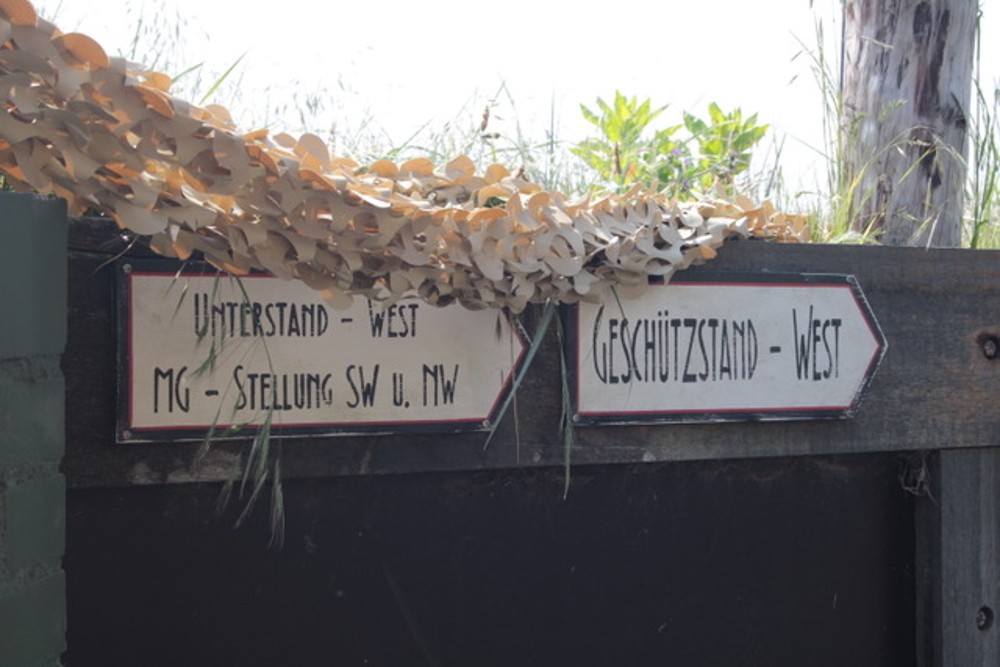 The Second World War also left traces on Vlieland. Almost immediately after the capitulation, the Germans started building fortifications. The coastal battery, built by the Royal Navy, known on Vlieland as the Fort, was taken into use and expanded by the Germans. And on the West an antiaircraft battery was built by the Kriegsmarine.

In the first years, the German fortifications were mainly intended for German air defense and aimed against English bombers flying over on their way to German cities. From 1942, the Germans started building the Atlantic Wall, and for this purpose they were also built on Vlieland. Three bunker complexes are being built in the sea defense dunes, the main purpose of which is to repel a possible Allied landing. Also on the rest of the island, the occupying forces continue with the bunker construction.

Wn 12H is the only one of the scaffolding built on Vlieland that has been preserved, the others have been demolished or ended up on the beach due to dune erosion. For a long time the entire complex was hidden under the dune sand, but with the efforts of many volunteers, the bunkers and trenches were excavated and restored. Bunkermuseum Wn 12H has been open to visitors since spring 2020.

The reception bunker contains an extensive exhibition about life and events on and around Vlieland during the Second World War and about the how and why of the fortifications. A short film about the war years on the islands and the Atlantic Wall will also be shown.

This is followed by a walk through the trenches and bunkers, along the viewpoints and the gun emplacements. Many documents, photos and objects are also on display in the eleven bunkers. The outdoor museum contains a few large objects from the war years, including a medium-weight anti-aircraft gun.
Bunker Museum Wn 12H is an insightful and tangible reminder of a period in history that should never be forgotten. 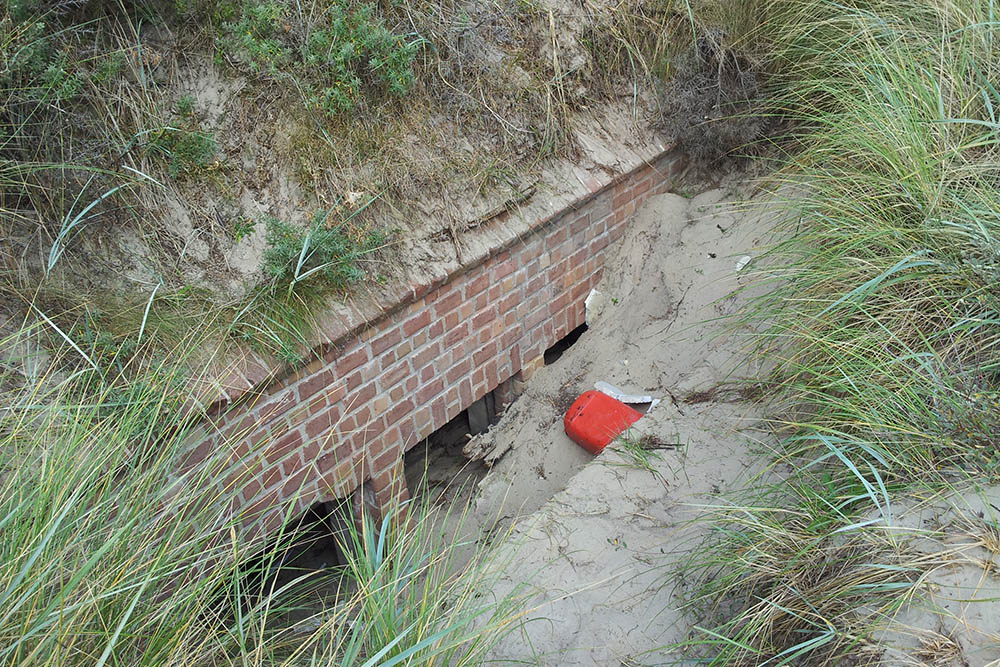