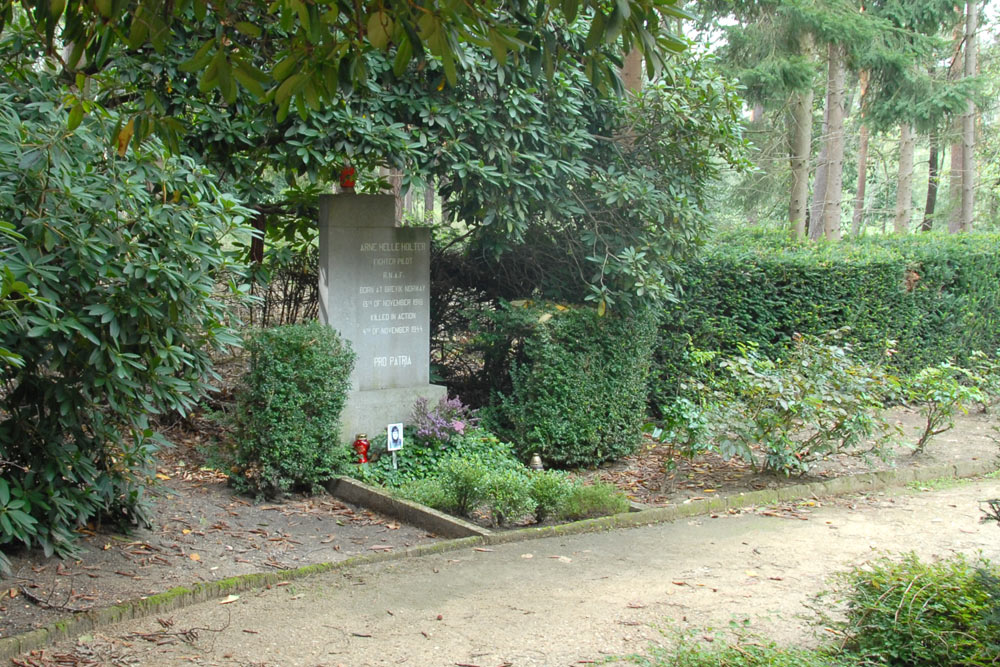 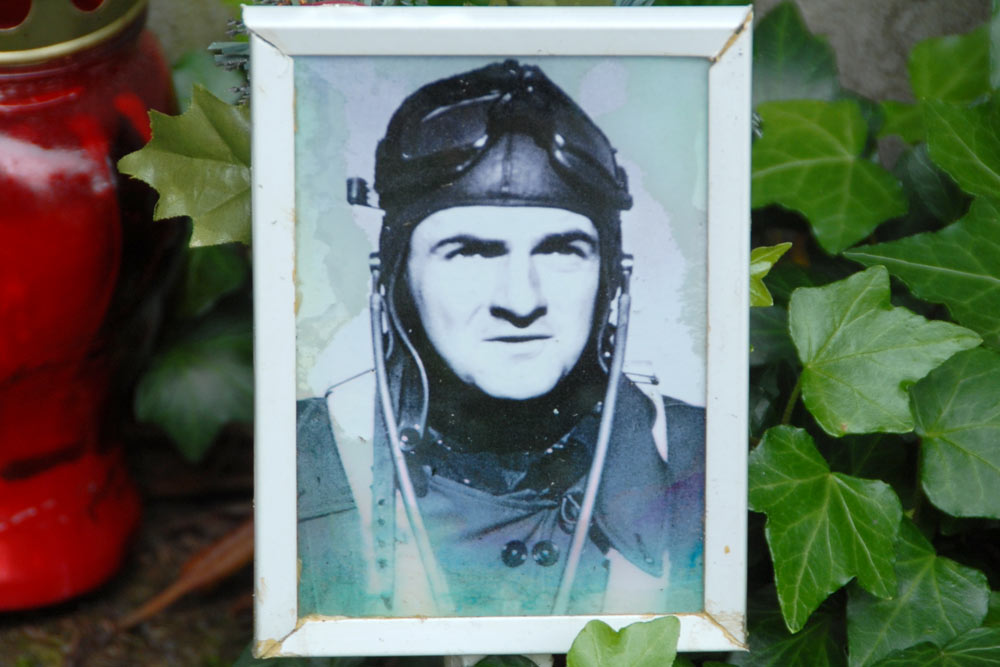 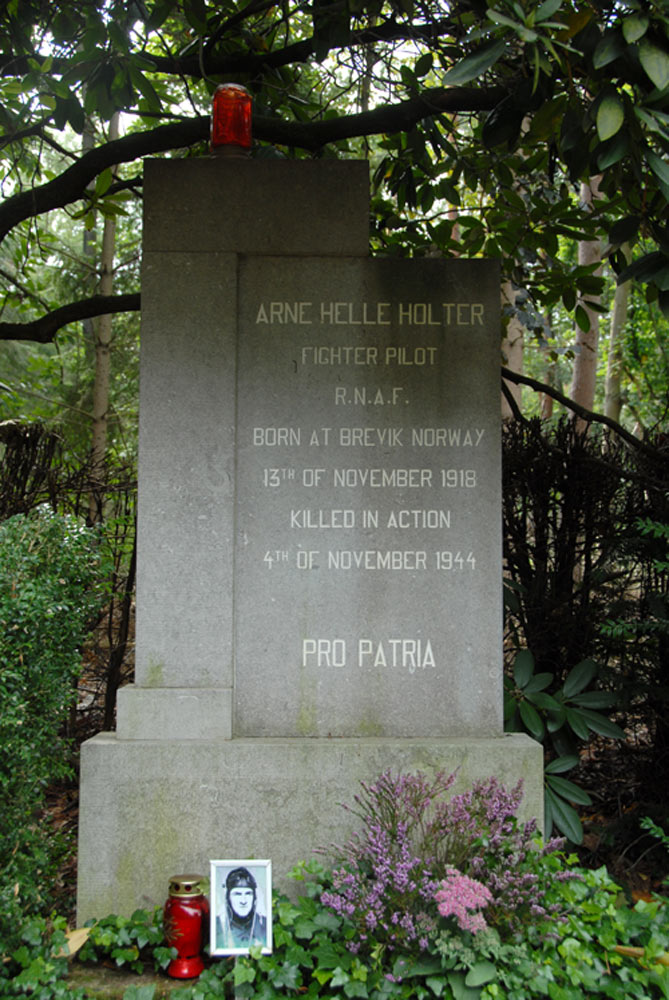 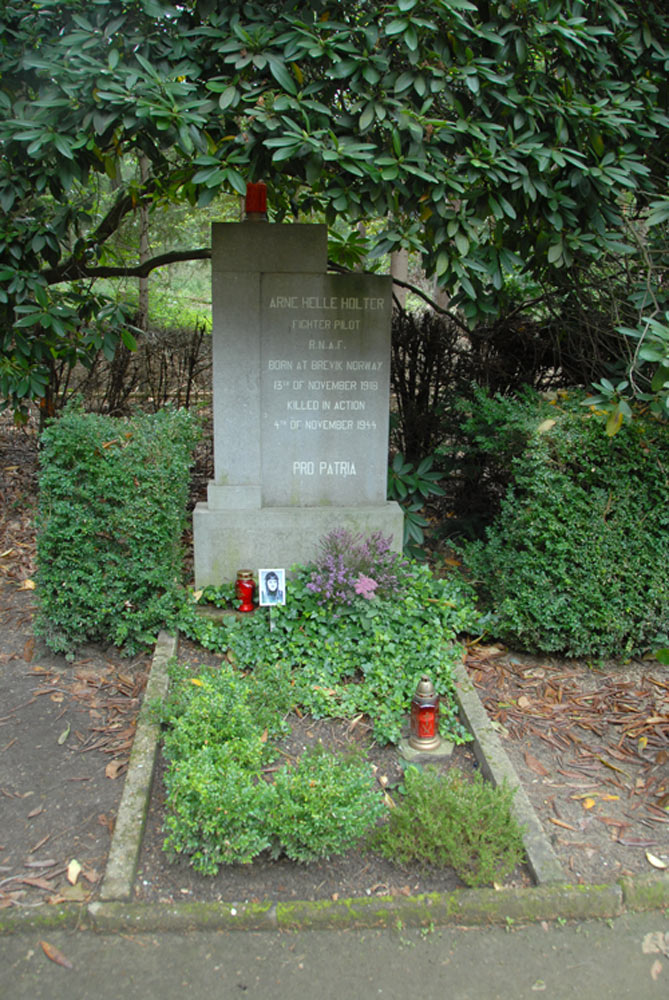 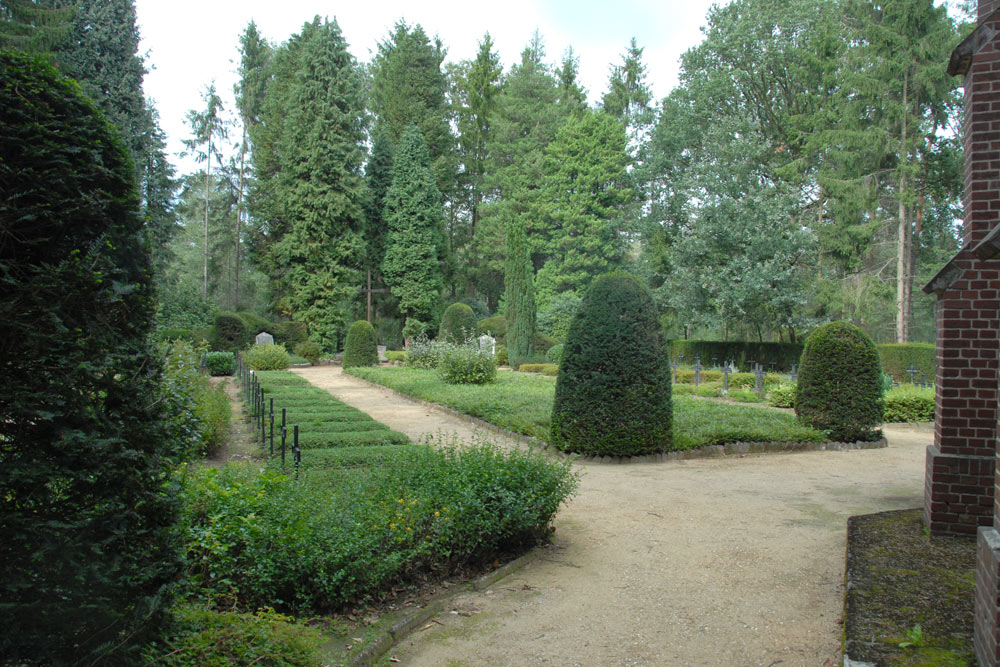 On November 4th 1944 Arne Helle Holter committed an attack with his Spitfire on the track at Vlodrop Station. During the attack, the Norwegian was hit by enemy fire and crashed near Vlodrop Station. He was buried in the cemetery of the monastery of St. Ludwig.

In itself it is not so special that a there is a Norwegian war grave in the Netherlands, during the Second World War there were about 250 Norwegians killed in the Netherlands, almost all in the service of RNAF (Royal Norwegian Air Force). What is very unusual is that all bodies excpet for Arne Helle Holter are repatriated to Norway.

The grave was taken care of by Mrs. Peters-Bronneberg for years, she and her family hid in the monastery around the liberation of the area during the Second World War. Based on the events, the son of this lady wrote a book, this book is called: 'Het koperen kruis' (The copper cross).

Arne Helle Holter is commemorated on the Memorial Norwegian Airmen in Gardermoen.