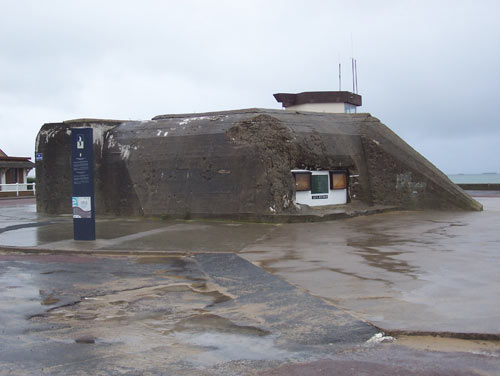 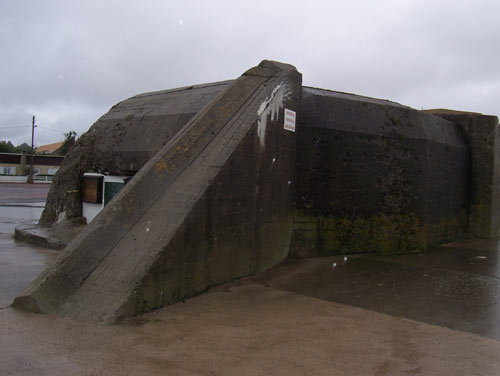 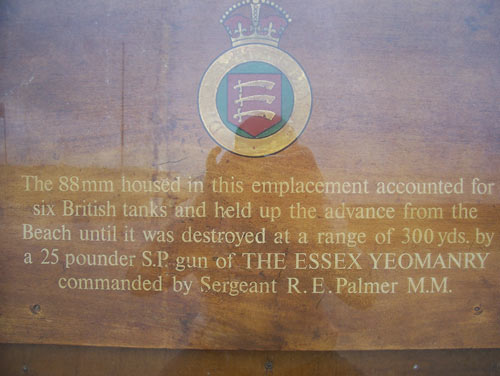 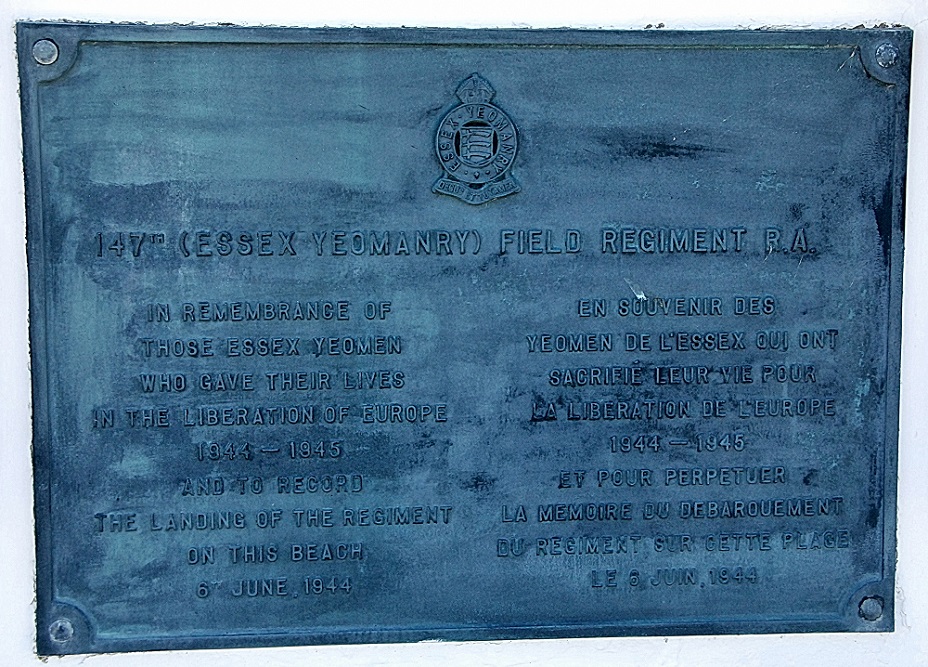 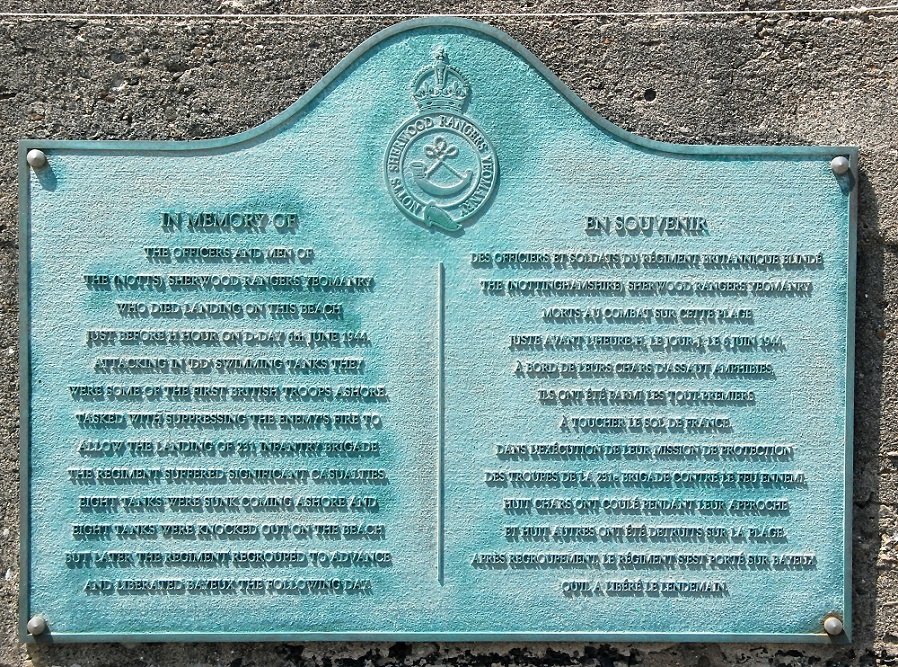 This German WN 37 bunker is located on the boulevard of Asnelles.
This bunker had a 88mm cannon, which focused on the beach for a frontal defense.

This seafront blockhouse, typial of those to be found along the coast, inflicted heavy casualties on the Allies and delayed their progress. Its gun was nevertheless silenced around midday by a direct hit from a motorised gun belonging to the 147th Royal Artillery Field Regiment, (Essex Yeomanry).
The blockhouse belonged to a fortified ensemble called the WiderstandNest 37 or WN37 (Defensive Position 37), which also included a minefield and the buildings of a sanatorium.
The sanatorium had been an establishment intended for the isolation of patients suspected of having contracted primary infection tuberculosis. Between 1928 and 1938, it took in nearly 2,000 children.
The Germans requisitioned it in 1940, and it became an important element in their defensive system. On 6th June 1944 it was occupied by snipers lying in ambush, and was captured by the Allies at around 16:00 hours.