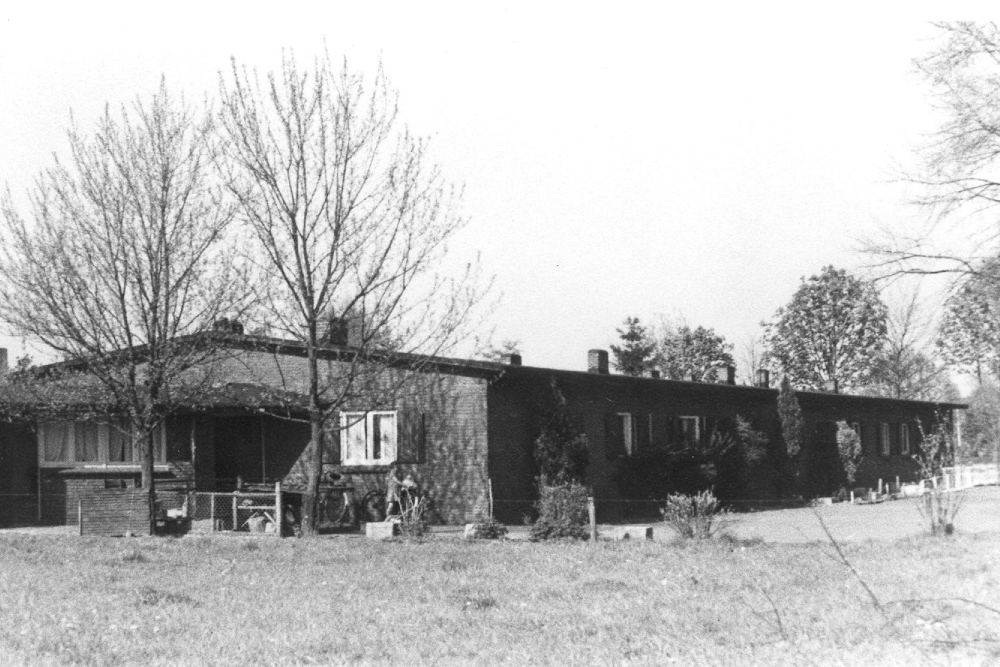 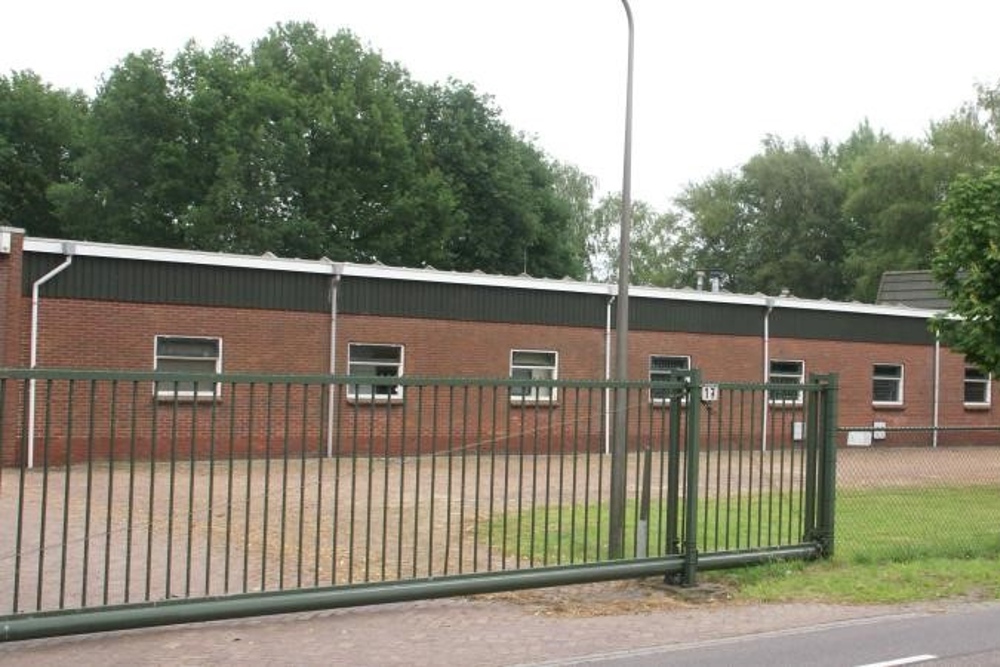 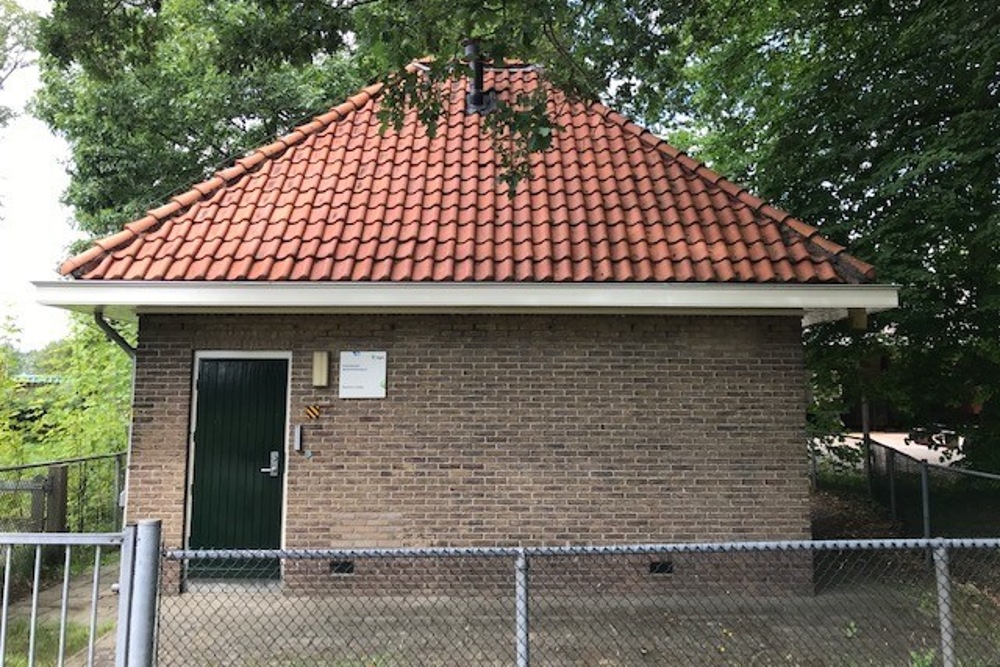 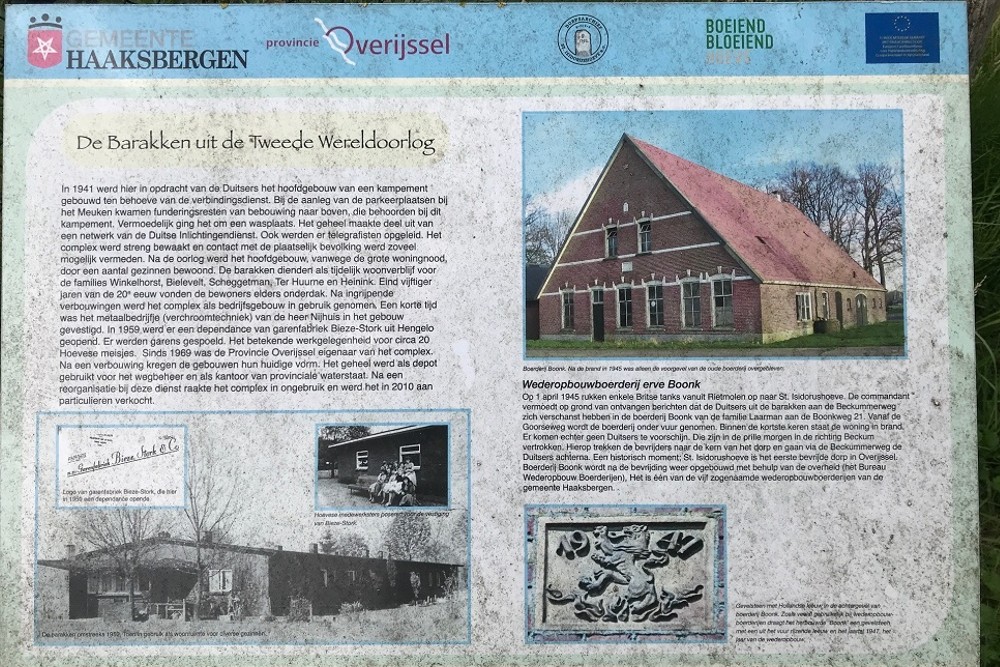 On this location a German camp was built. It was used by the German Signal Corps and also as a training location. The building is in its original state although some renovations took place over the years.
After the war the local government became the owner of this building and it served for emergency housing for several families for Haaksbergen. In the late fifties the building was transferred for business purposes.
In 2010 it was bought by a private person. The transformation-building next to the main building is still in its original state but it is being enlarged and modernized.