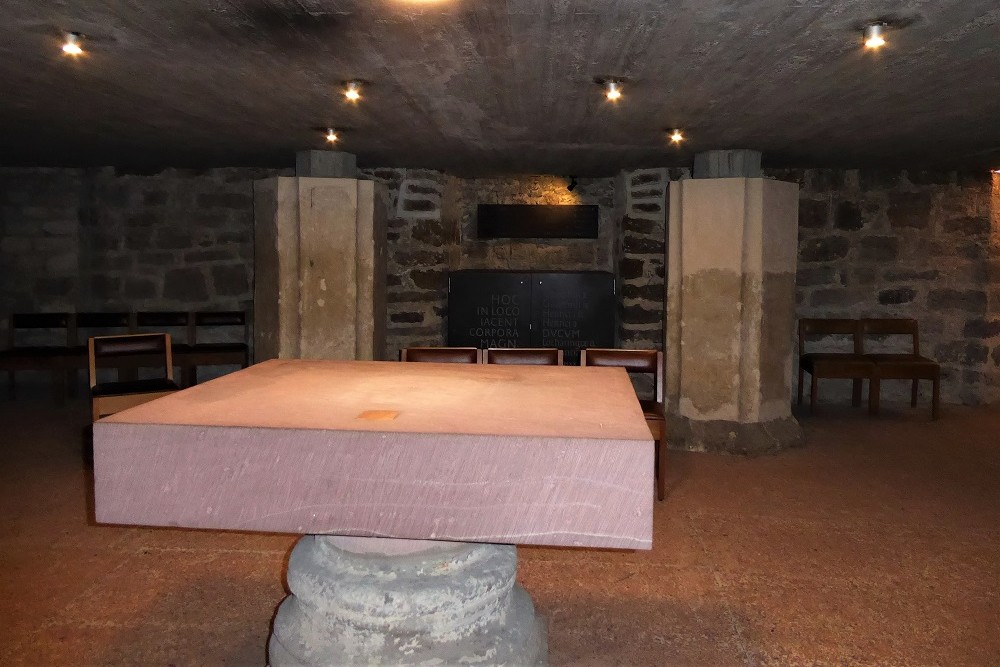 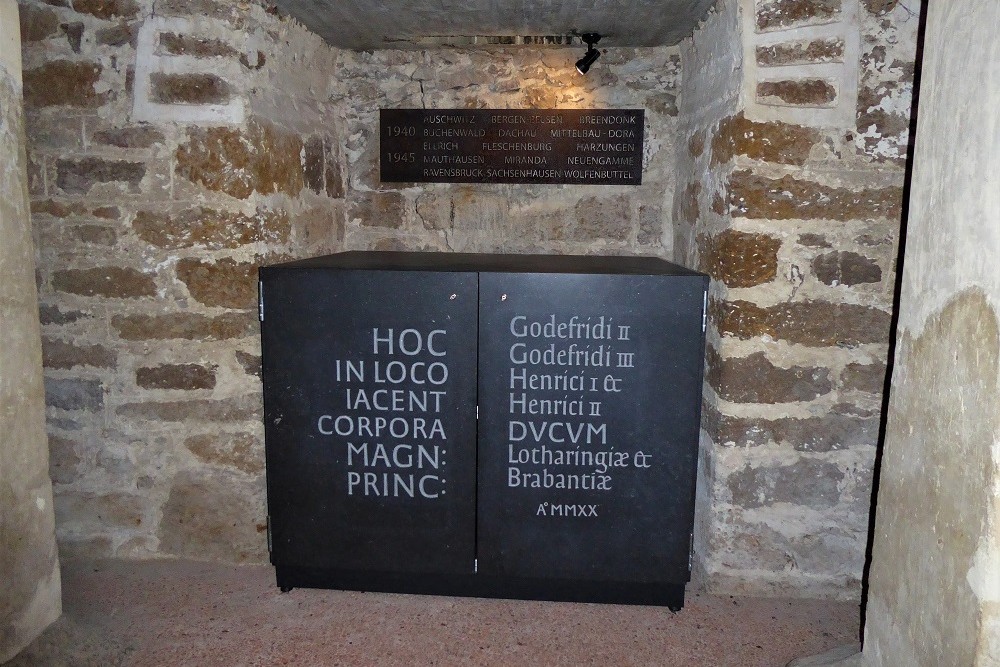 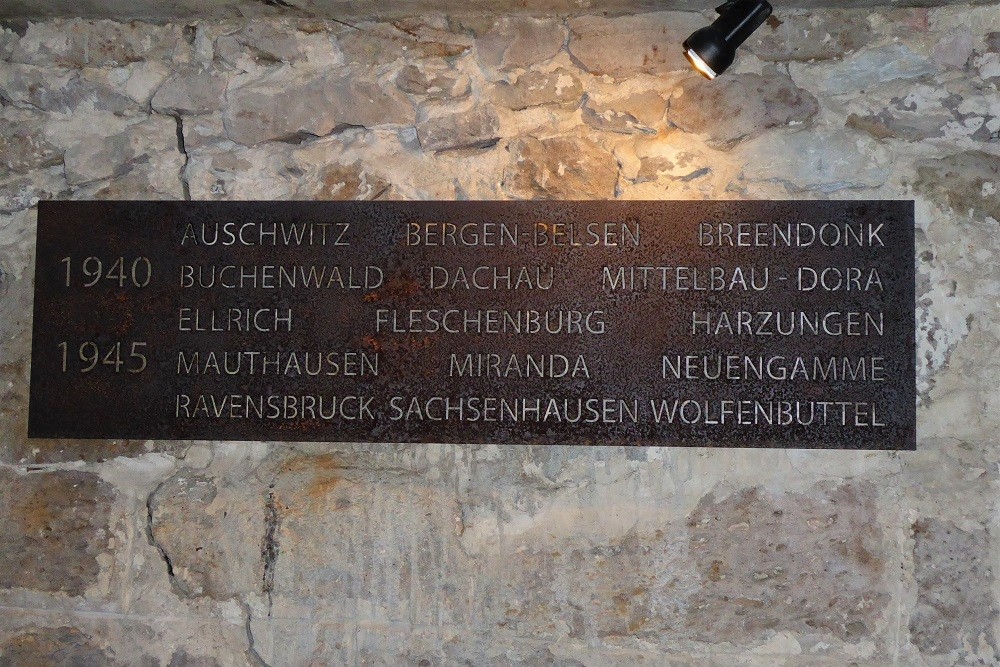 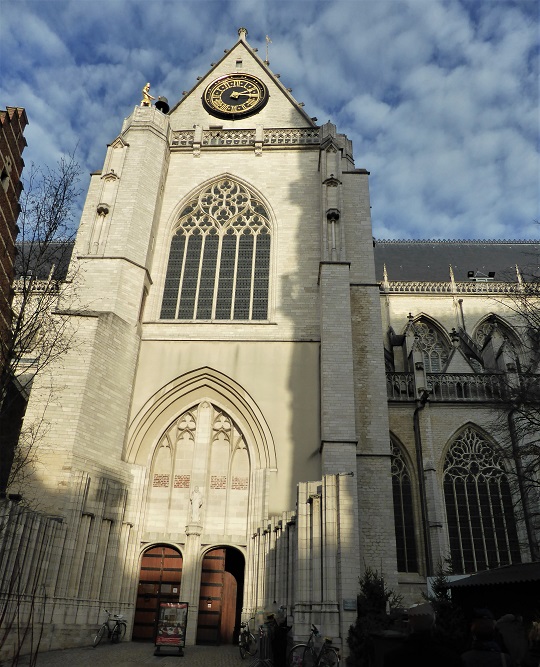 In 1964, the National Confederation of Political Prisoners and Rightholders (NCPGR) donated a memorial altar to Saint Peter's Church in Leuven.
The altar was consecrated in the presence of Rector Honoré Van Waeyenbergh, who was a political prisoner in the prison of Sint-Gillis.
The NCPGR wanted the altar to commemorate its comrades, political prisoners who had been deported to or killed in the concentration camps.
That is why they had the names of the concentration or labor camps where Leuven residents were held captive during WWII engraved in the step.
In the 1970s, a more spacious podium was built around the altar, causing the tribute to fade into oblivion. A memorial plaque was placed.
During the restoration of St. Peter's Church, the altar was cleared and the names of the concentration camps became visible again.
To keep that memory lasting, a memorial plaque was made that now has a place of honor in the crypt of the church.

Source : City of Leuven for press.