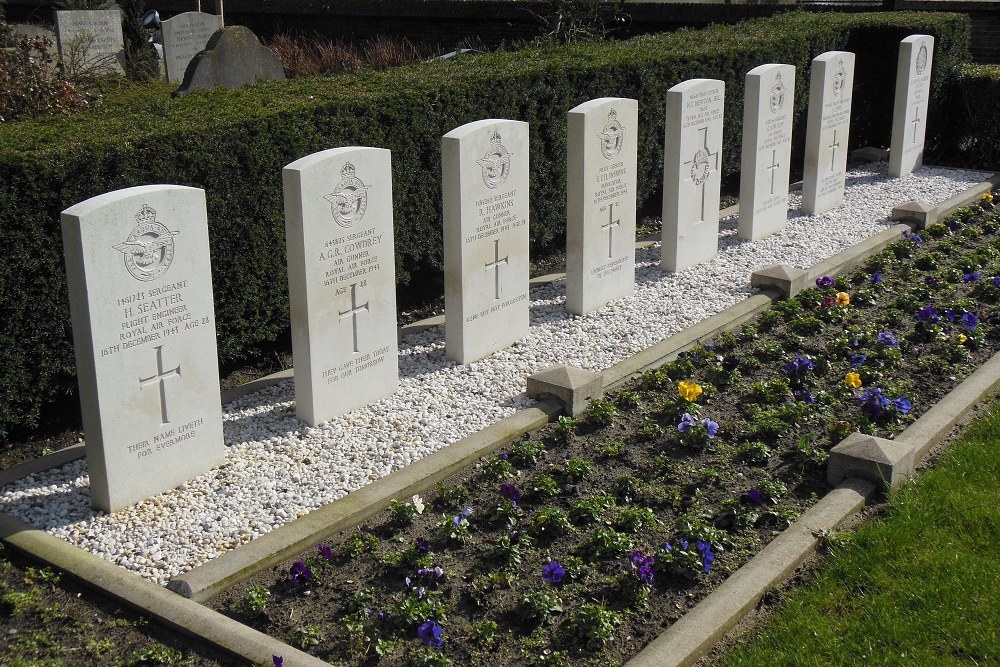 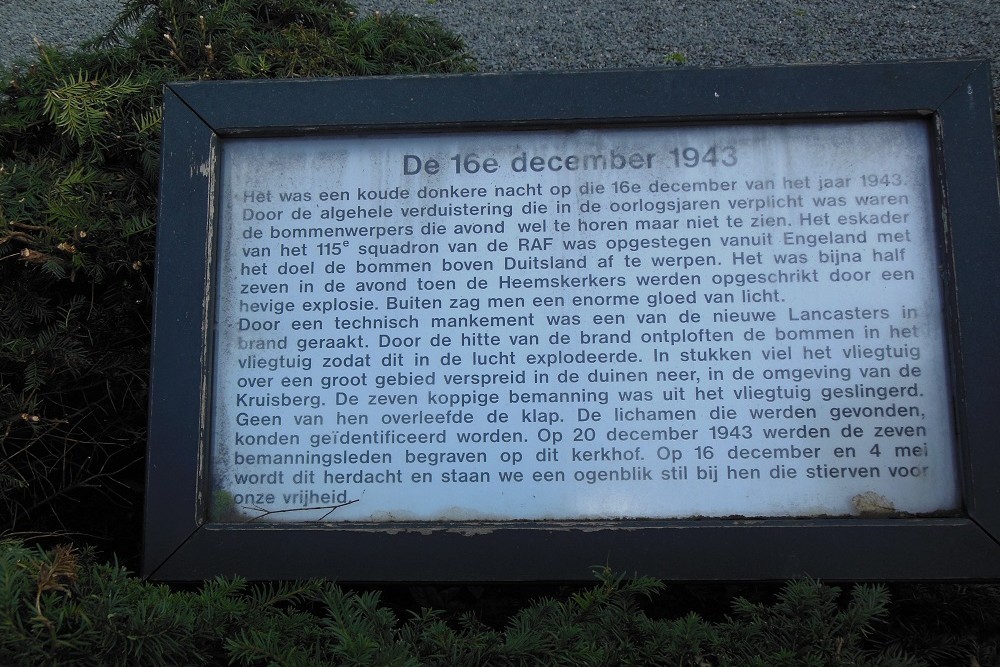 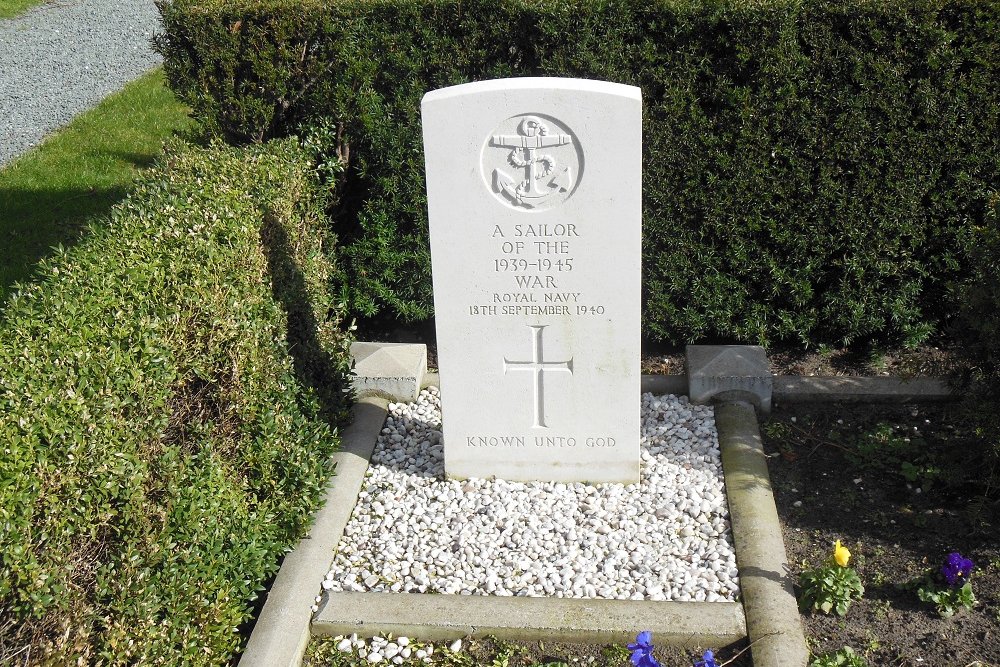 On the Protestant Cemetery in the center of Heemskerk are nine Commonwealth war graves. Seven graves are of a crew of a bomber and there are two graves of the British navy.