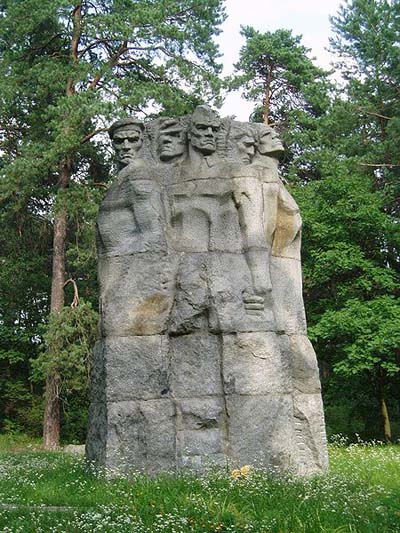 This camp was established in 1941 in the Darnytsky district of Kiev as solution to the large number of Soviet prisoners of war in the surroundings of the capital city. Following its establishment, Darnytsky became one of the largest camps in occupied Ukraine. It is estimated that between 60,000 and 70,000 prisoners perished here in the period 1941-1943.

The camp today:
Nowadays, a memorial complex dedicated to the victims can be visited at the former camp location.