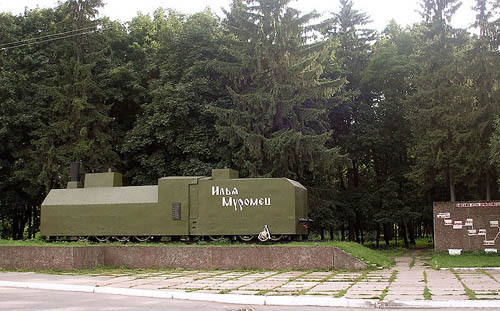 This train was built between 1941 and 1942 in Murom. The train was partr of the 15th Independent Armoured Train Division, who was responsible for the destruction of the German armoured train "Adolf Hitler", 7 airplanes, 14 artillery and mortar batteries and 36 enemy strongpoints. It eventually reached Frankfurt an der Oder in 1945.