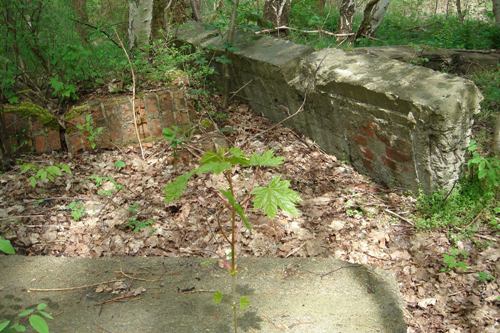 Of the camp, there are some remains and a small air-raid shelter for the guards and the commander.