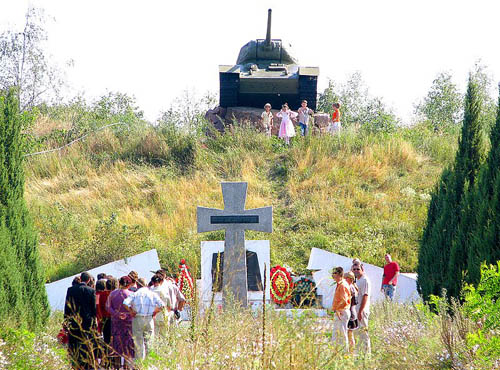 During the heavy fighting for Dubăsari in 1944, the field HQ of the 203th Zaporozhye Infantry Division was established on this mound. In 1968, a T-34/85 tank of the 135th Tank Brigade was found in the river Dniester. The remains of the following crew members were found within the tank:

They were buried at this mound and the tank was placed on top of it. The remains of the fighter pilot Lieutenant M.I. Kulkinoy, who was killed in a dog-fight on 20 May 1944, was transfered to the mount in August 1972. Two more persons were buried here in 1980, including the fighter pilot Guards 2nd Lieutenant and Hero of the Soviet Union A.N. Semenovich. He died that year.