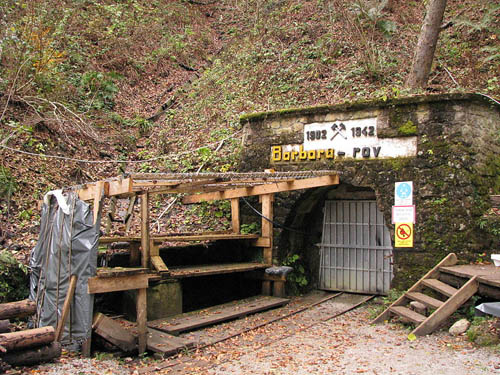 Between May and September 1945, the Yugoslav People's Army executed in this former coal mine, hundreds of members of the Croatian and Slovene Home Guard. These two military organistations collaborated with Nazi Germany during the Second World War. By November 7, 2009 there were 726 bodies removed from the site.