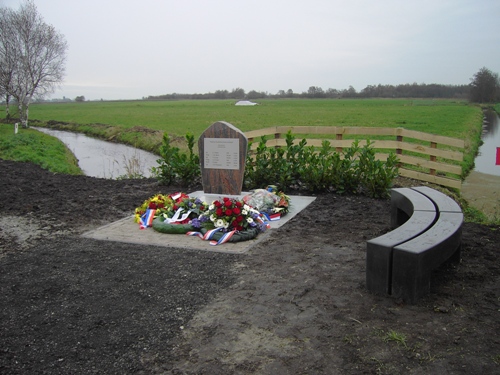 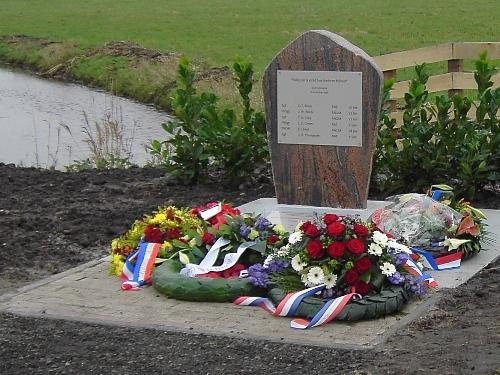 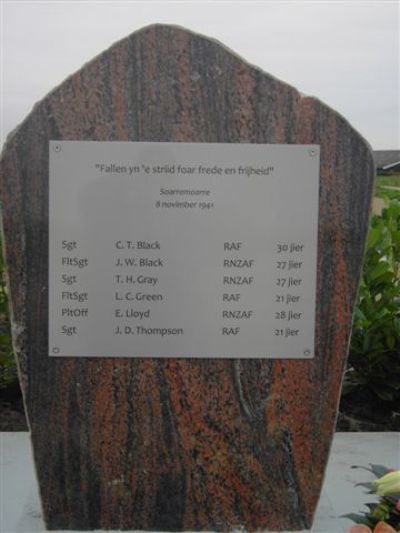 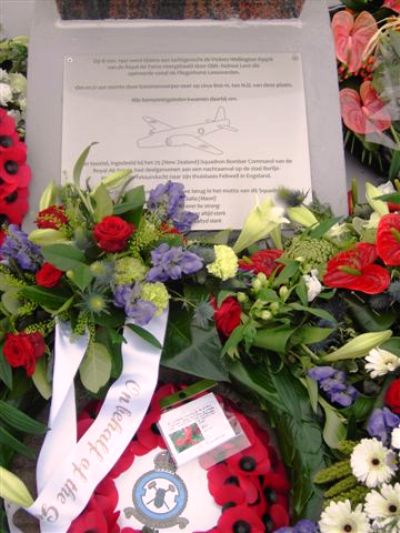 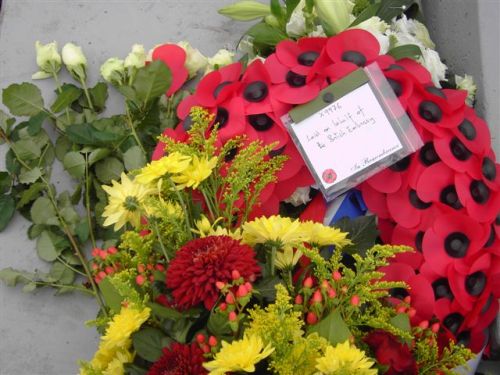 This memorial is revealed on 8 November 2010. It commemorates the crash of Wellington X-9976 (of 75 Squadron), when it was shot down on it's way back from Berlin, on 7 November 1941. The six crewmembers: three from New Zealand, two British and one Irish, were killed in the crash. In 1952, they were buried on Bergen op Zoom war cemetery.