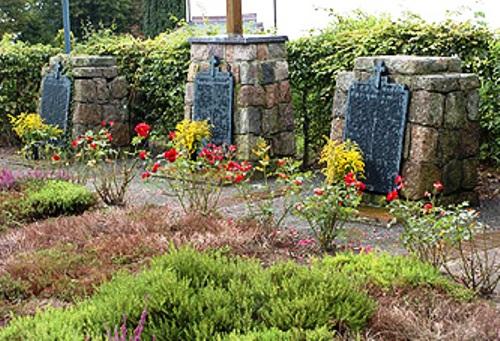 Camp Ladelund, a satellite camp of Neuengamme concentration, existed from 1 November to 16 December 1944. There were more than 2000 inmates in the campt, who had to work at the Friesenwall, a defense line. In the short time the camp existed, 300 inmates died. Among them were 110 men from the Dutch village Putten, who were deported a month earlier as a reprisal measurement.

The victims were buried in 9 mass graves, on Ladelund cemetery. The pastor Johannes Meyer took care that this happened with all Christian dignity. Also after the war, the graves stayed so well maintained that only one victim was repatriated to his homeland. The names of the victims are written on plaques and the graves are planted with moor-plants which point to the area of Putten, the village where 110 victims came from.