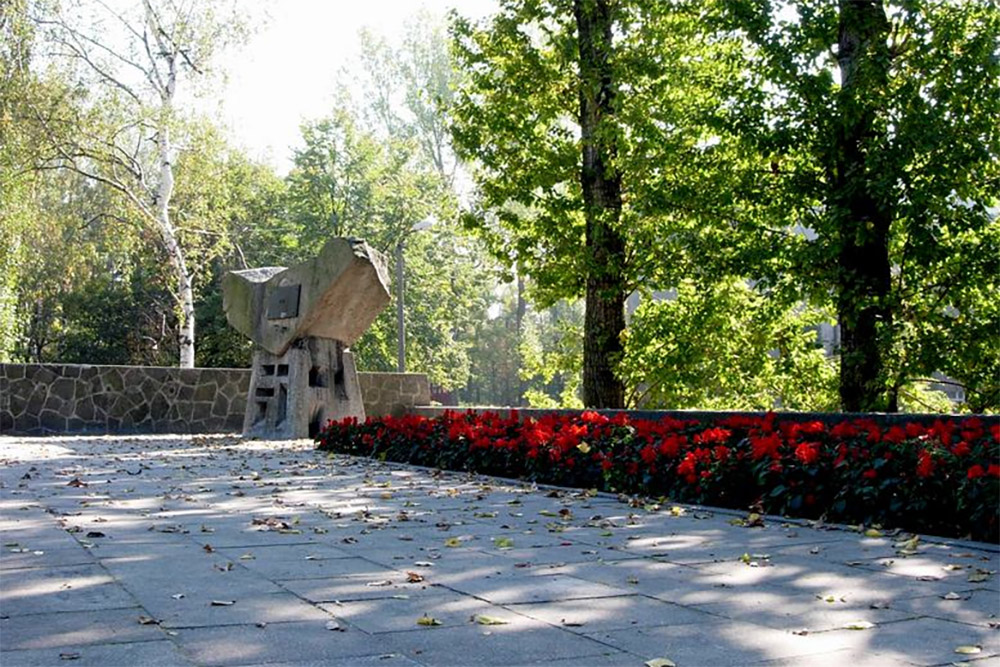 This camp, a satellite camp of Auschwitz concentration camp, was opened on 15 June 1943 and offered room for about 5000 inmates, who had to work in the coals mines or in factories. About 2000 inmates died in the camp and every month about 200 inmated who were unable to work anymore were send to Auschwitz to be gassed.

After the war, the camp became an internment camp and was renamed to Central Labor Camp Jaworzno. Until 1947, officially 1535 people died in the camp, but later investigations increased the number of victims to 6987.

There are memorials for the nazi-era (pictured, on a location where 40 inmates were shot in janaury 1945) and the post-war era of the camp.