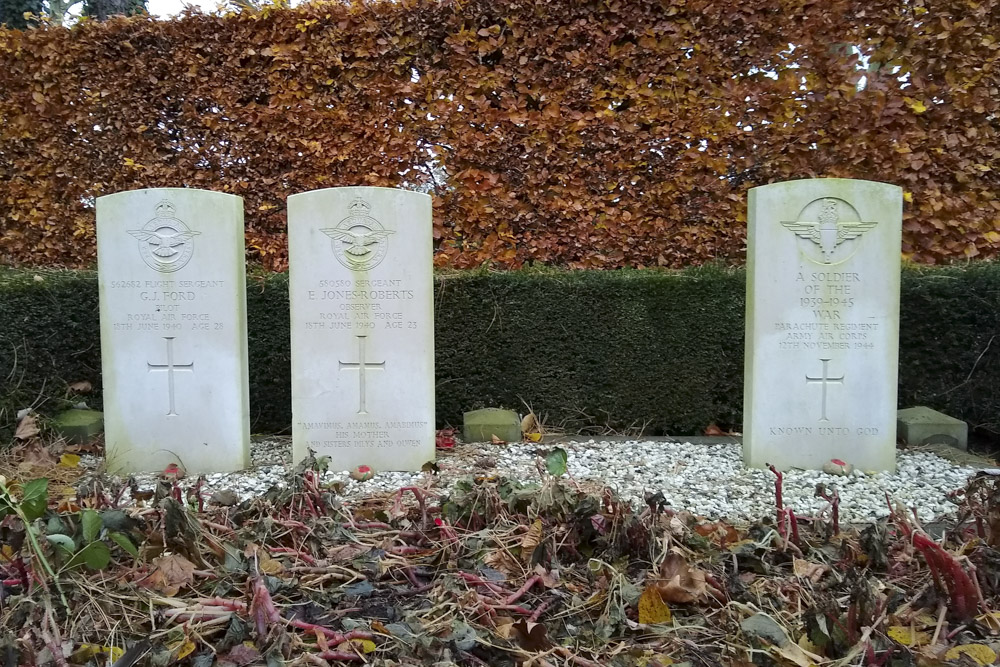 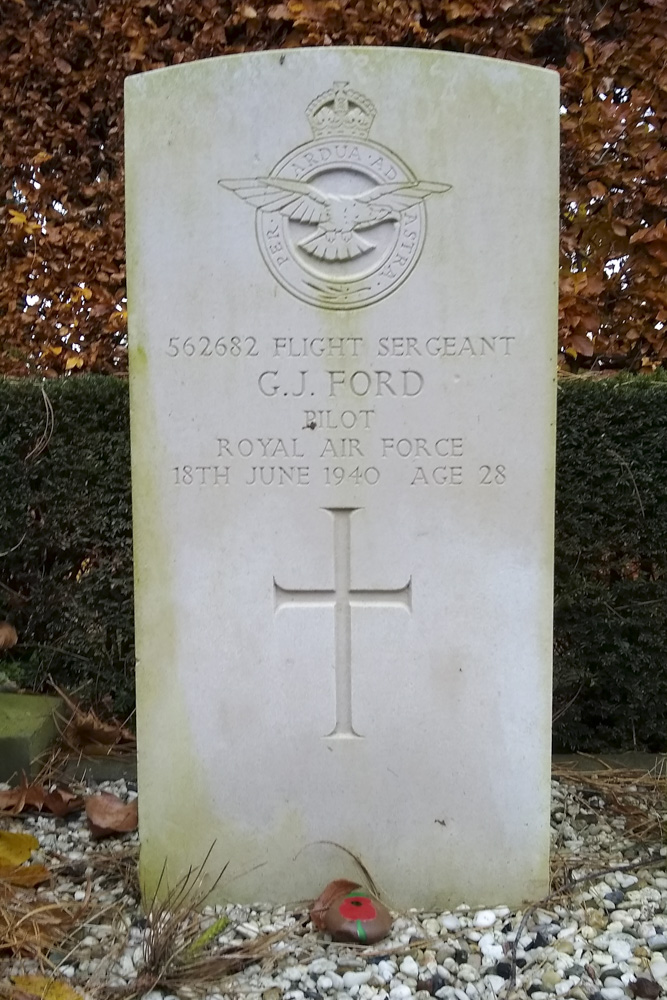 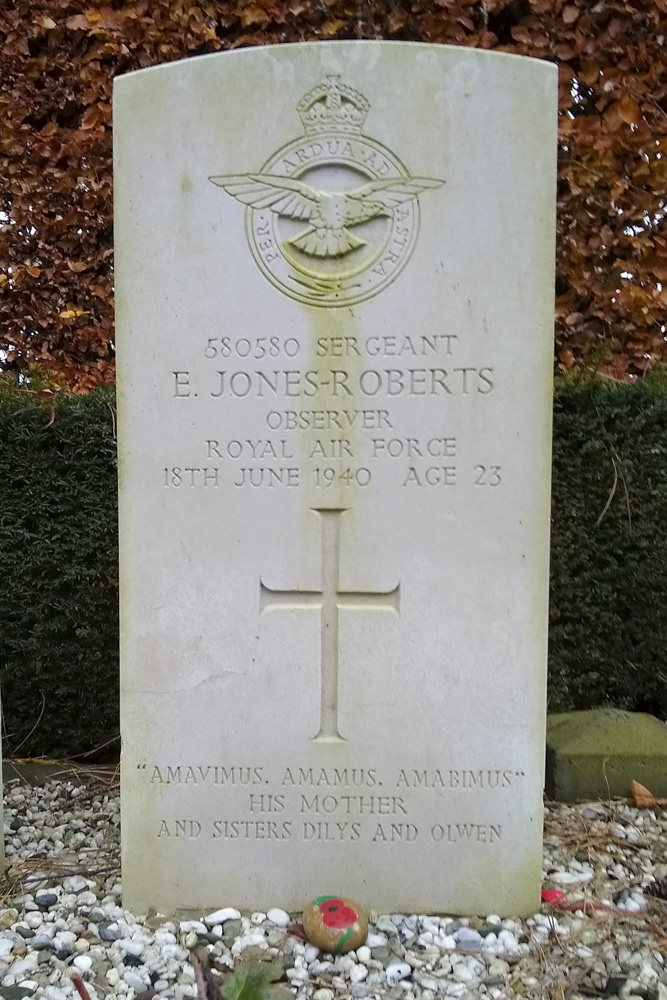 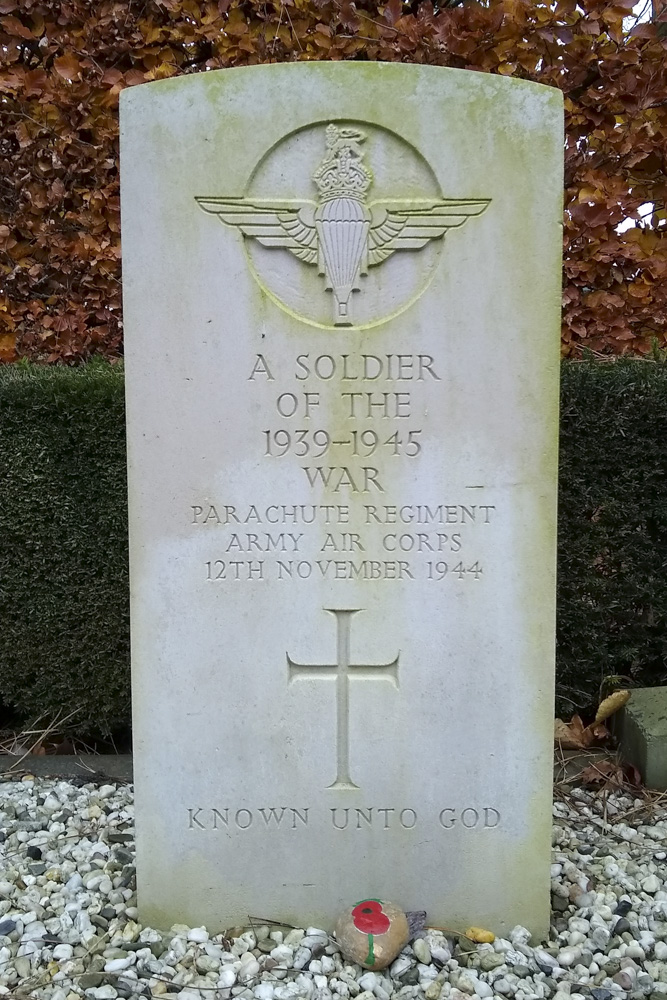 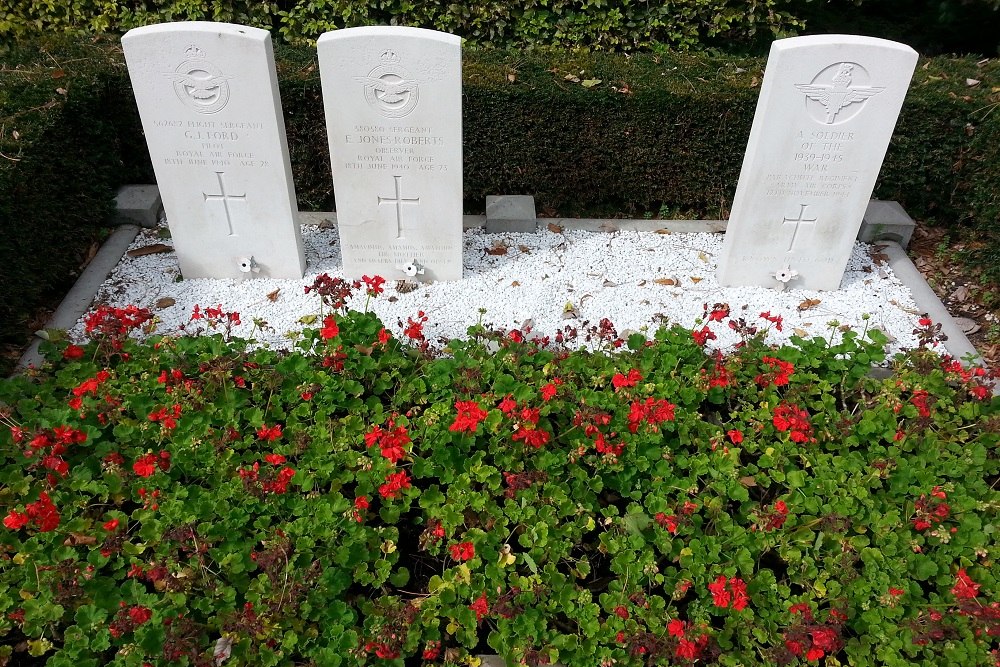 Two graves are of Gordon James Ford and Eric Jones-Roberts, crew members of a bomber which crashed on 18 June 1940. The third grave is of an unknown British paratrooper who probably died in the Battle of Arnhem and washed on in Culemborg two months later.