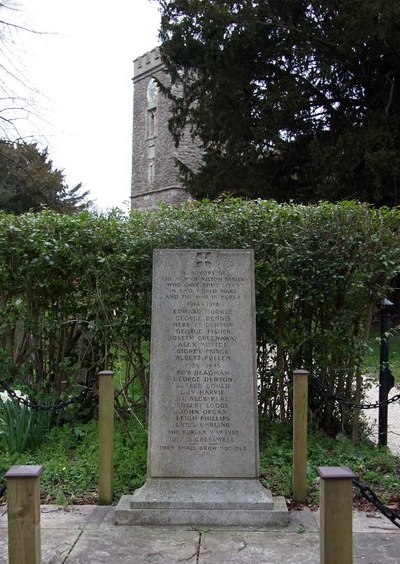 This memorial commemorates the residents of Milton who were killed or missing in World War I (8 names) and World War II (9 names). There is also 1 name from the Korea War.