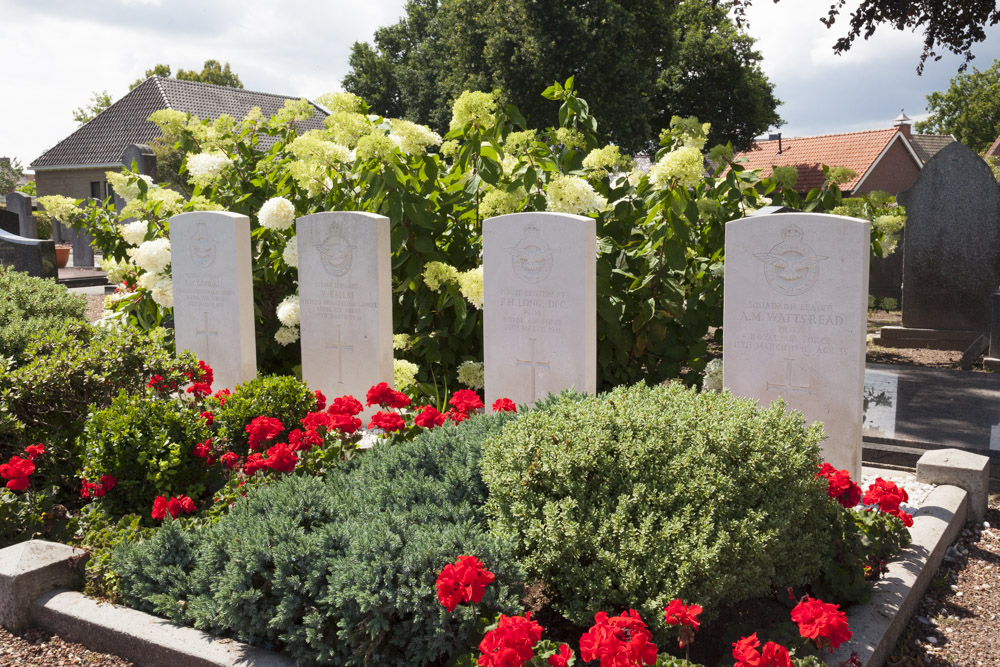 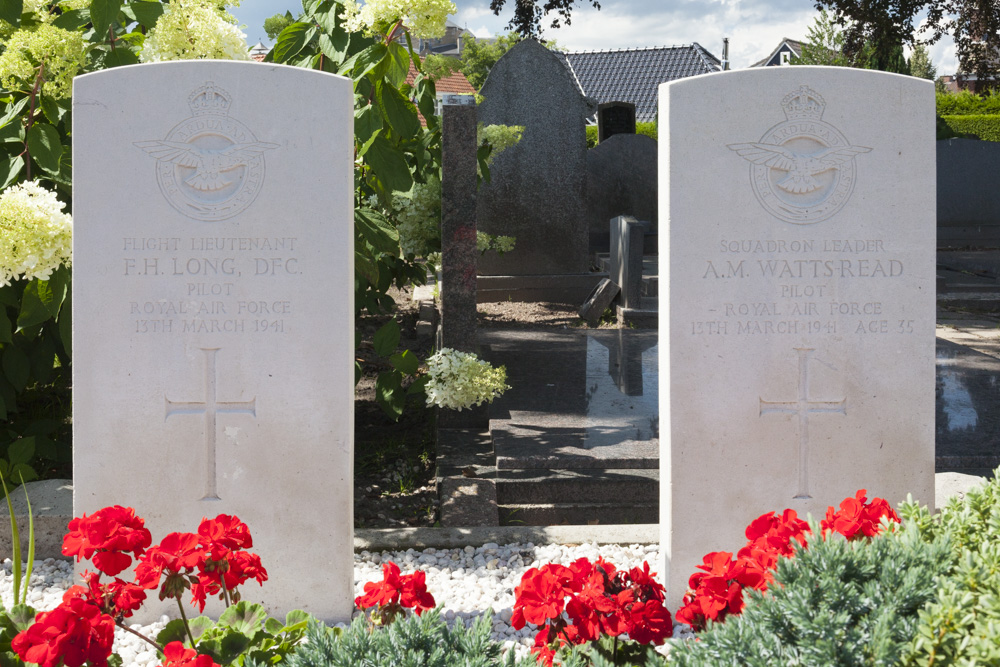 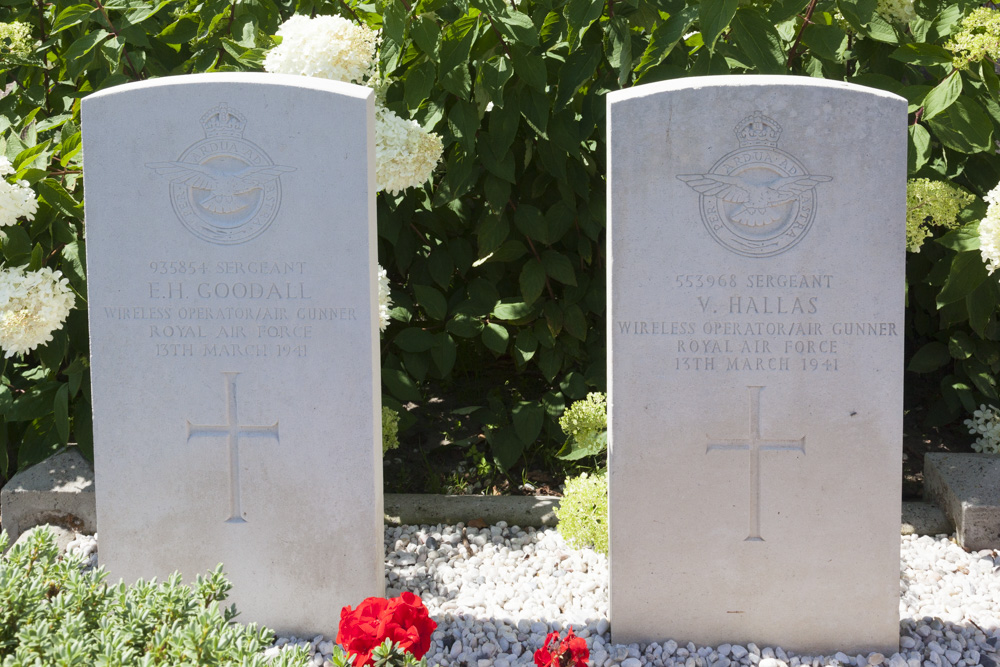 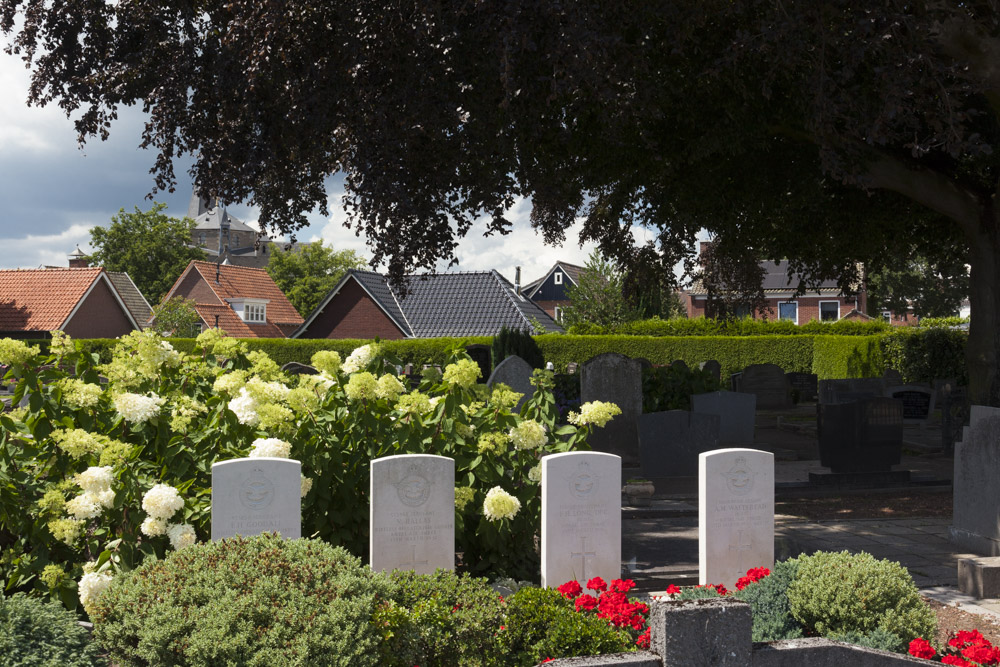 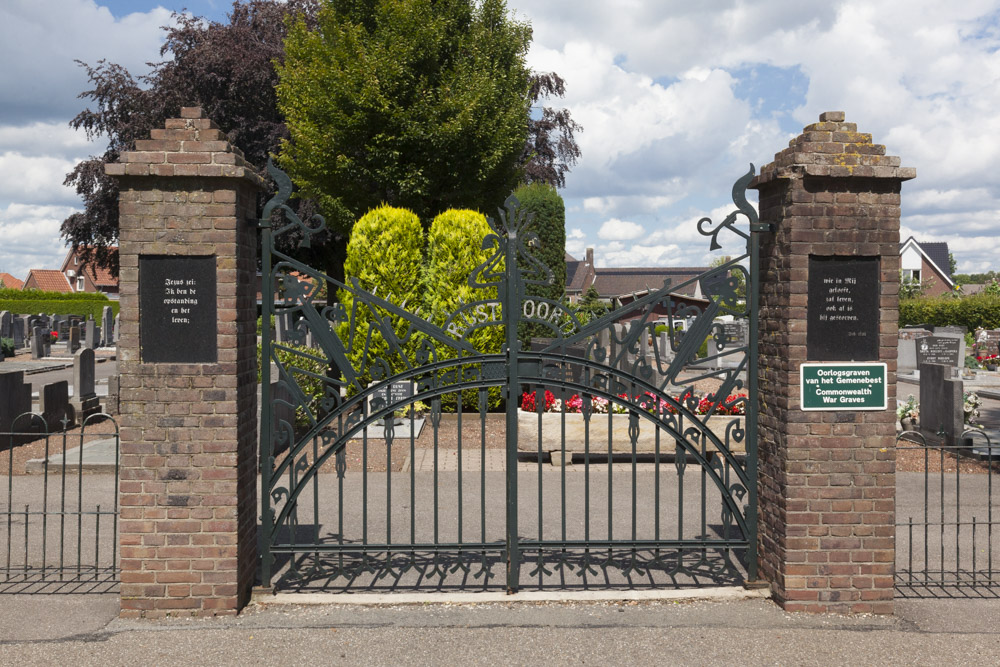 Denekamp Protestant Cemetery contains the graves of four Commonwealth airmen of the Second World War who were killed on 13/03/1941.

On 12 March 1941 at 19:40 departed from RAF Topcliffe, the Whitley T4326 of the No. 102 Squadron RAF, with a bombing mission at two different targets in Berlin. The aircraft was part of a formation of 72 bombers with the same mission. The formation consisted of 30 Handley Page Hampdens, 28 Wellingtons and 14 Whitleys. T4326 was shot down by Flak over the Netherlands and crashed at 00:05 down in a pasture west of Noord-Deurningen and north of Denekamp. In the crash, four of the five crew members were killed, they are buried in this cemetery. One crew member survived the crash, but he died on 4 May 1941 at the infectious disease diphtheria and was buried in the Berlin 1939-1945 War Cemetery. The bombing did little damage, eleven civilans were killed and three bombers were lost. 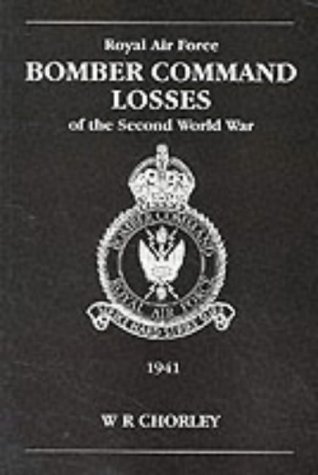