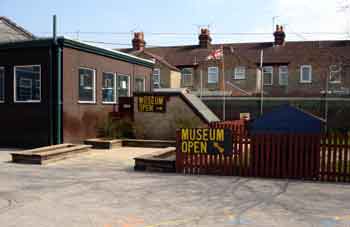 Hidden beneath a Ipswich school playground, among quiet residential streets, the shelter provides a vivid picture of life during World War Two.

The shelter was built in Ipswich during the first three months of the war and was unusually robust compared to other public provisions. This was partly due to the efforts of the controversial local MP, Richard Stokes, who campaigned for massive public air-raid shelters to be built under Alexandra Park.

After the war, the shelter was sealed up and largely forgotten. It was re-discovered in 1989, when workmen excavating a small pond for the school found one of the original entrances. To everyone's surprise the tunnels were in first class condition.