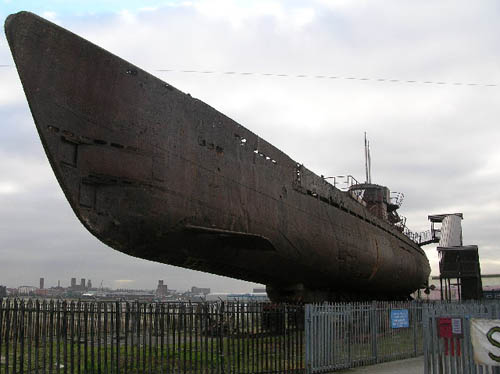 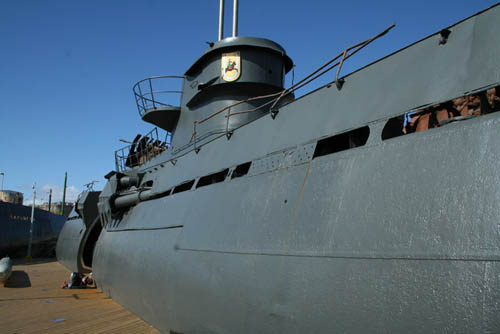 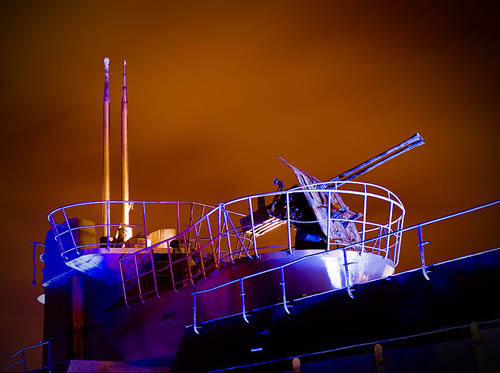 The U-534 is a German submarine of the type IXC/40, of which only two survive. The U-534 launched on 3rd Sepember 1942 and was used until May 1943 for training purposes and weapon testing. From June 1943 to May 1945, the ship was active on the front, where it managed to shoot down two British bombers (a Vickers Wellington and a B-24 Liberator). On 6 May 1945, U-534 was sunk by enemy aircraft, resulting in the deaths of three of the crew.

It was salvaged in 1993 by a Danish team and brought to Birkenhead in 1996, where it remained as a museum ship (picture 1). The museum was renewed in 2009, under the name "The U-Boat Story" (pictures 2 and 3.) To facilitate economical transportation to its new site, the vessel was cut into five sections, two of which were subsequently re-joined.