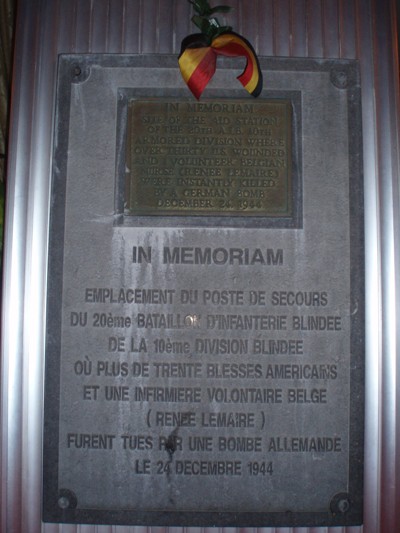 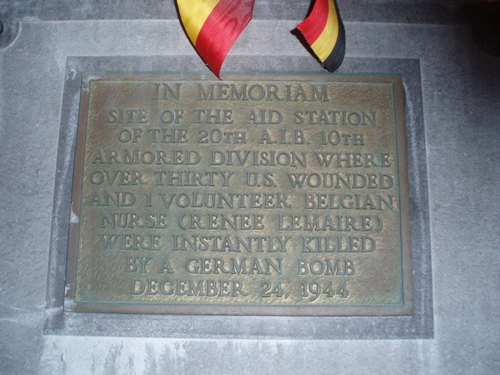 In December 1944, this house was used as hospital by units of the 10th Armored Division. Renée Lemaire was a nurse from Bastogne who took care of the wounded. During one of the bombardments of the Luftwaffe, on 24 December, the house was hit. 30 wounded American soldiers and Renée Lemaire were killed.

In the Band of Brothers series, it was suggested she died in the church of Bastogne, which is incorrect.