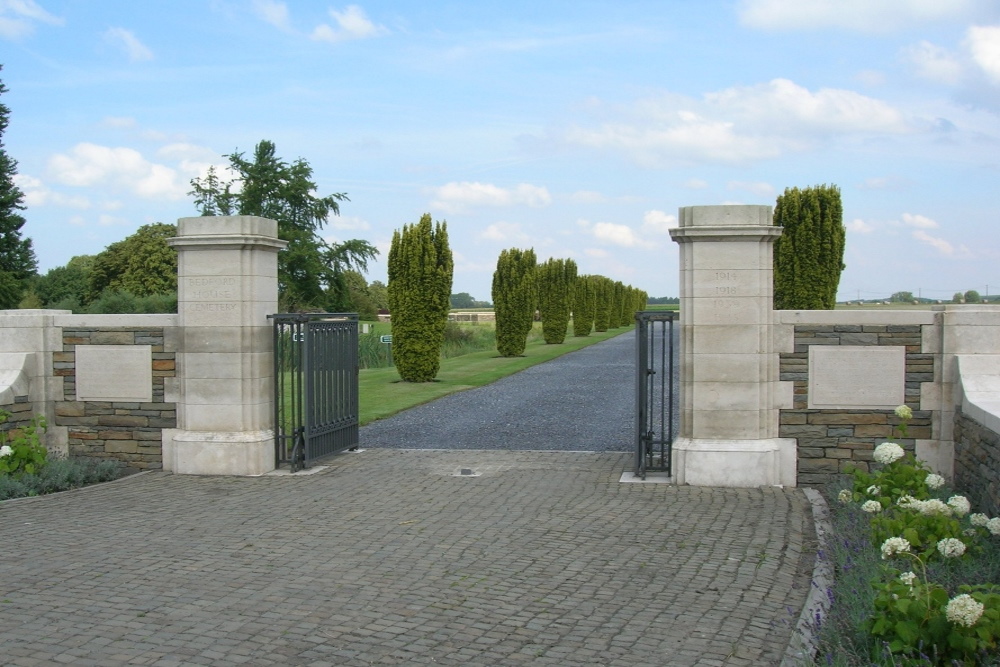 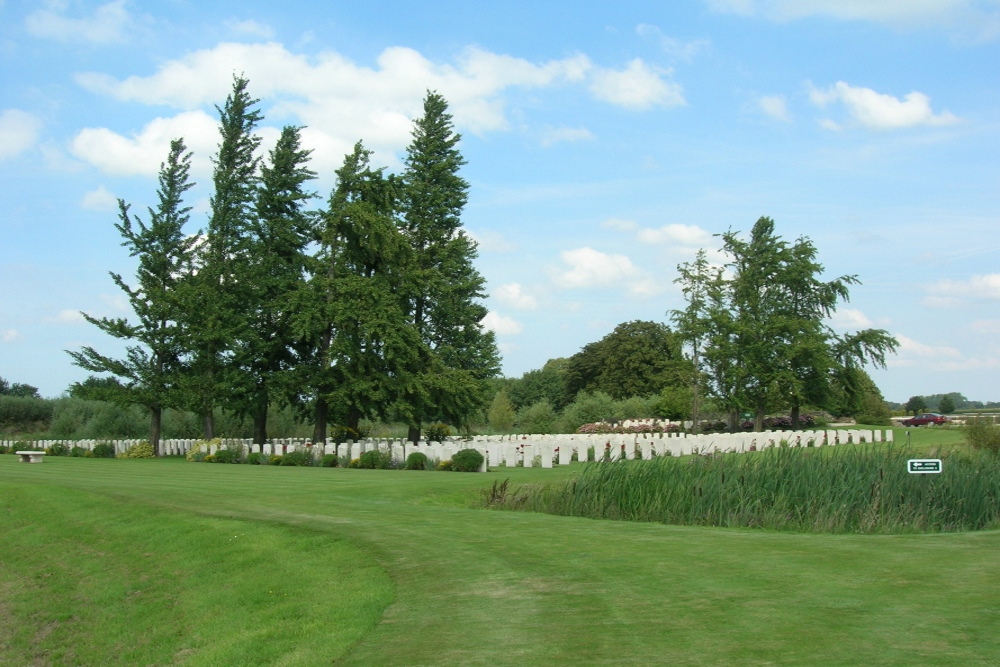 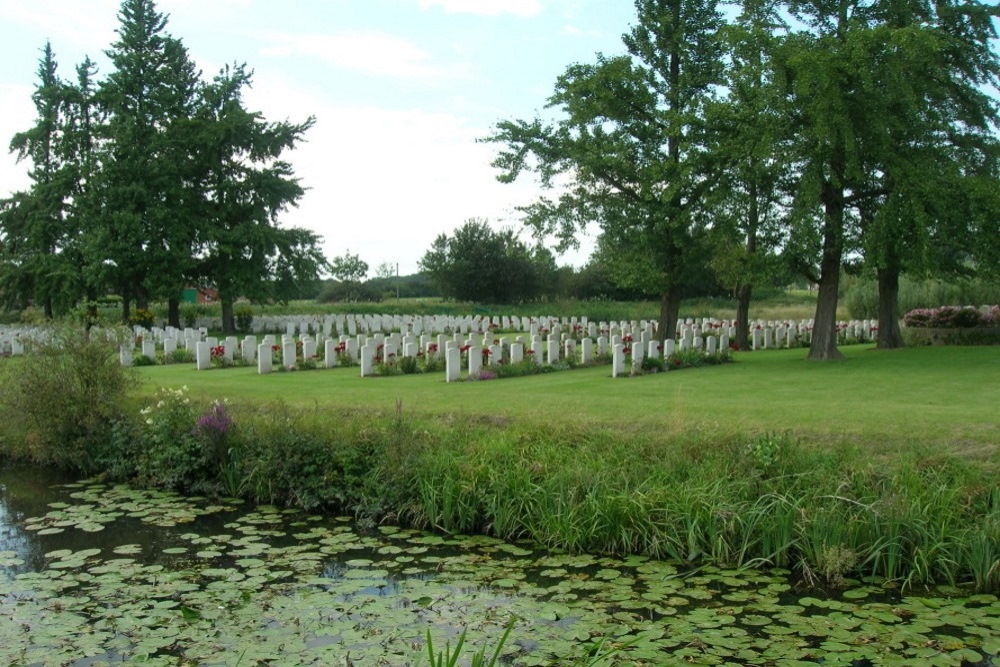 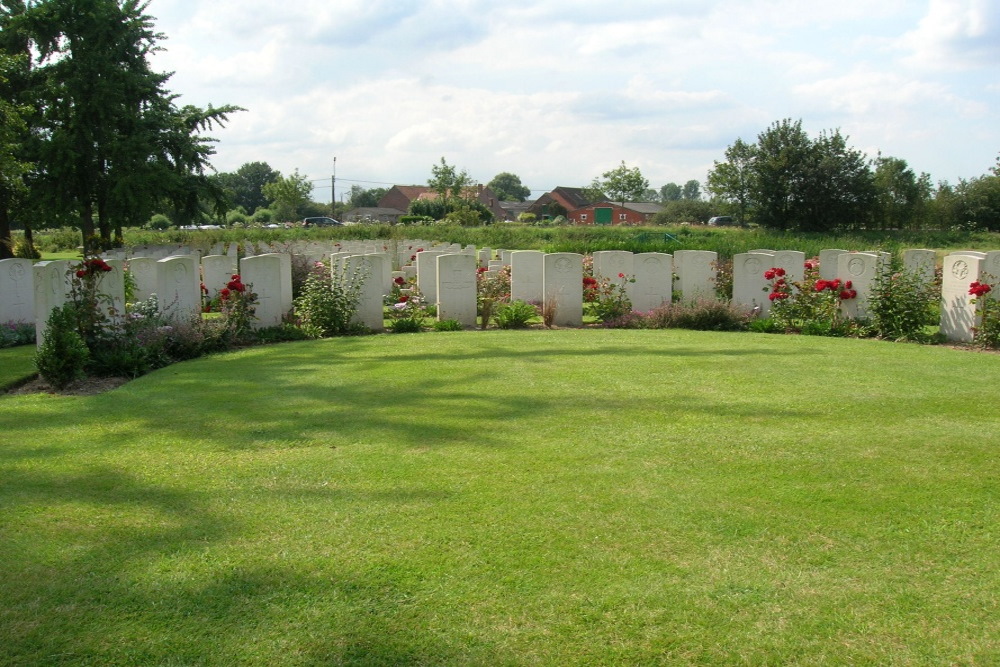 5,139 Commonwealth servicemen of the First World War are buried or commemorated in the enclosures of Bedford House Cemetery. 3,011 of the burials are unidentified but special memorials commemorate a number of casualties known or believed to be buried among them. Other special memorials name casualties buried in other cemeteries whose graves could not be found on concentration.

There are also 66 burials from the Second World War on this Cemetery. Three of them could not be identified. The graves are on the first enclosure on the left, in a separated and partly bowed plot.