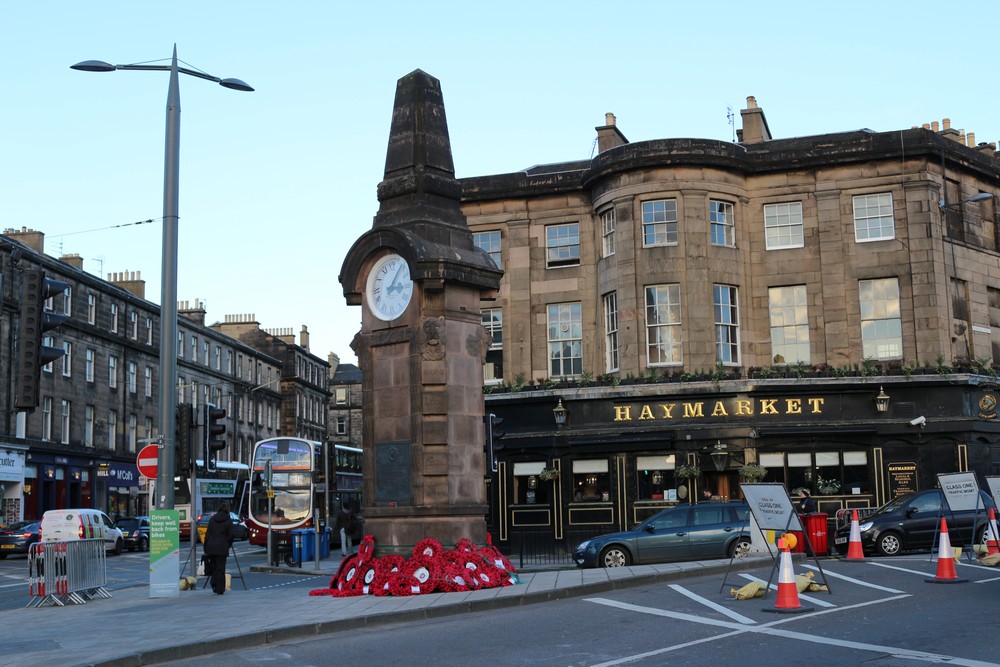 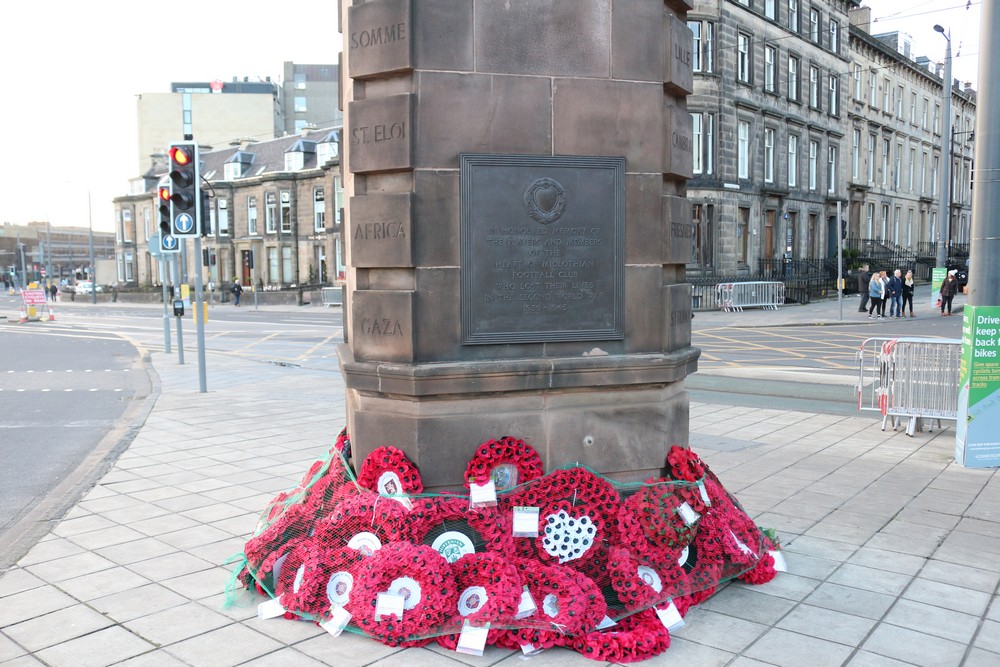 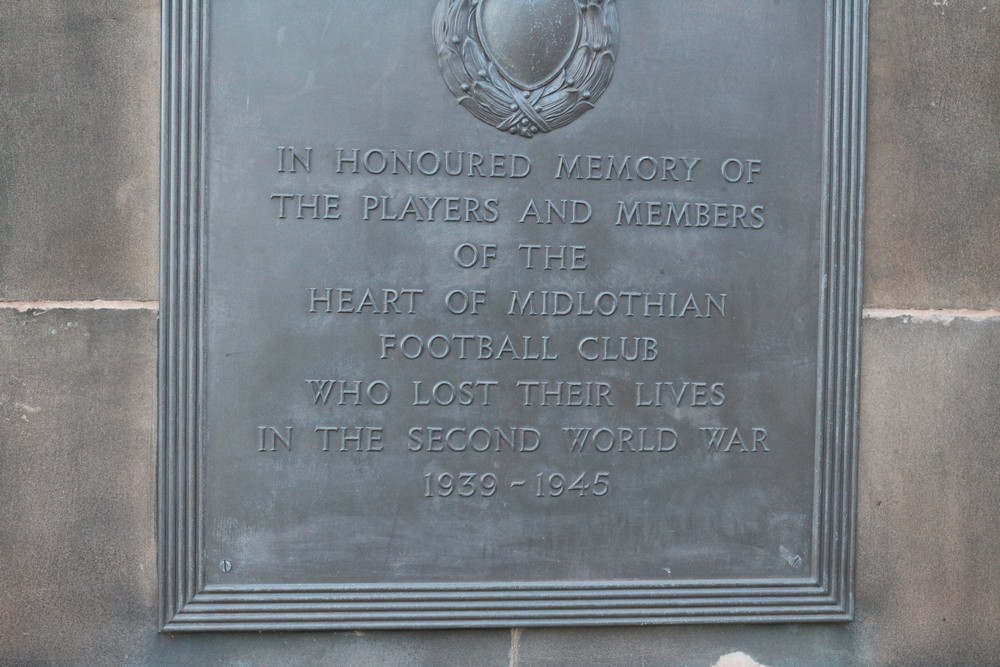 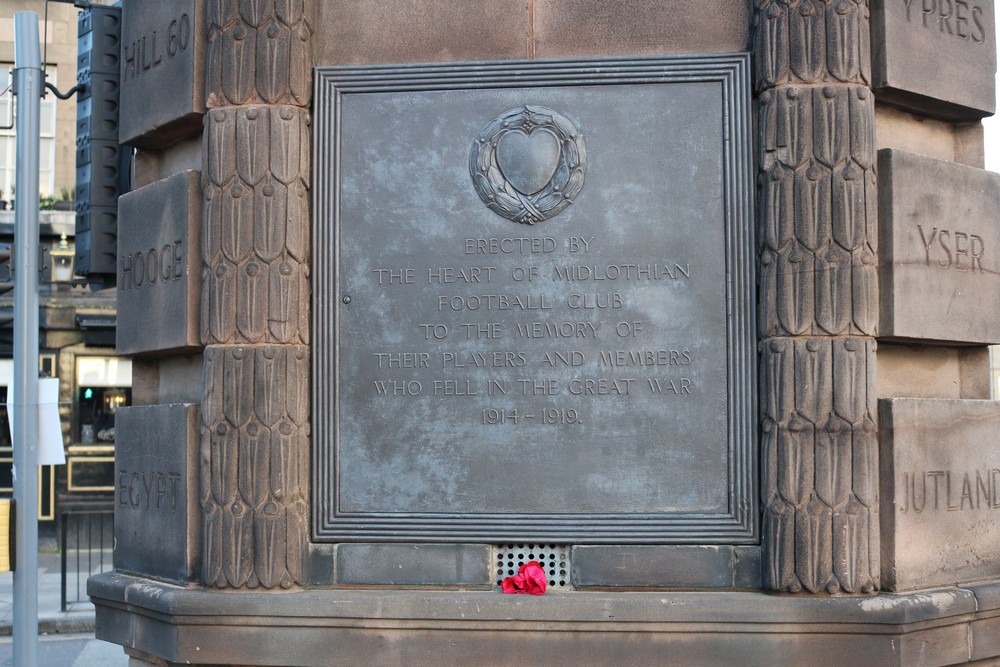 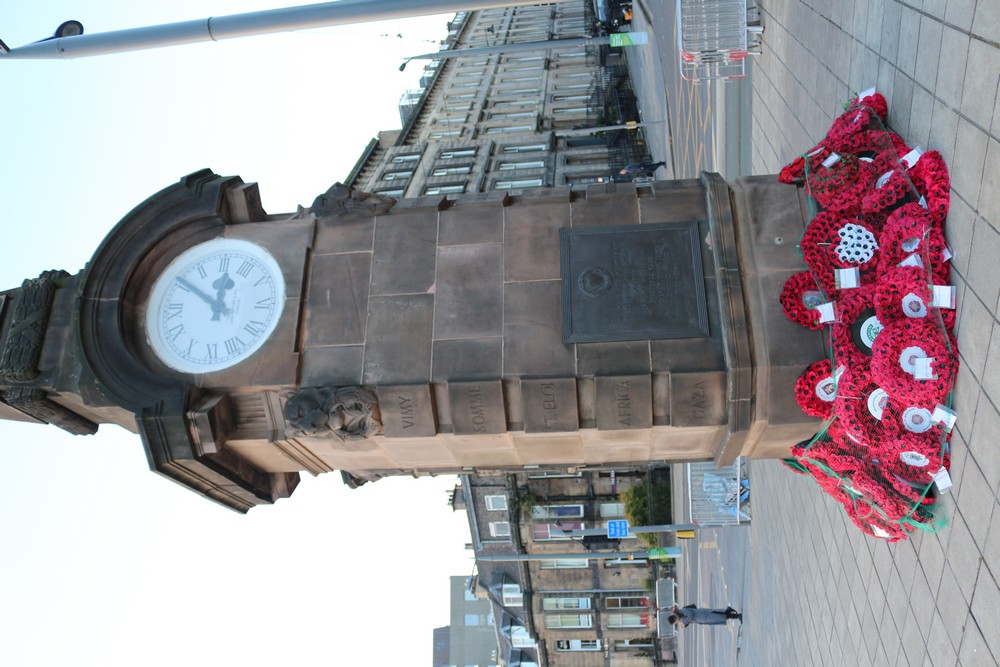 This memorial commemorates the members of the Heart of Midlothian Football Club who were killed or missing in World War I and World War II.