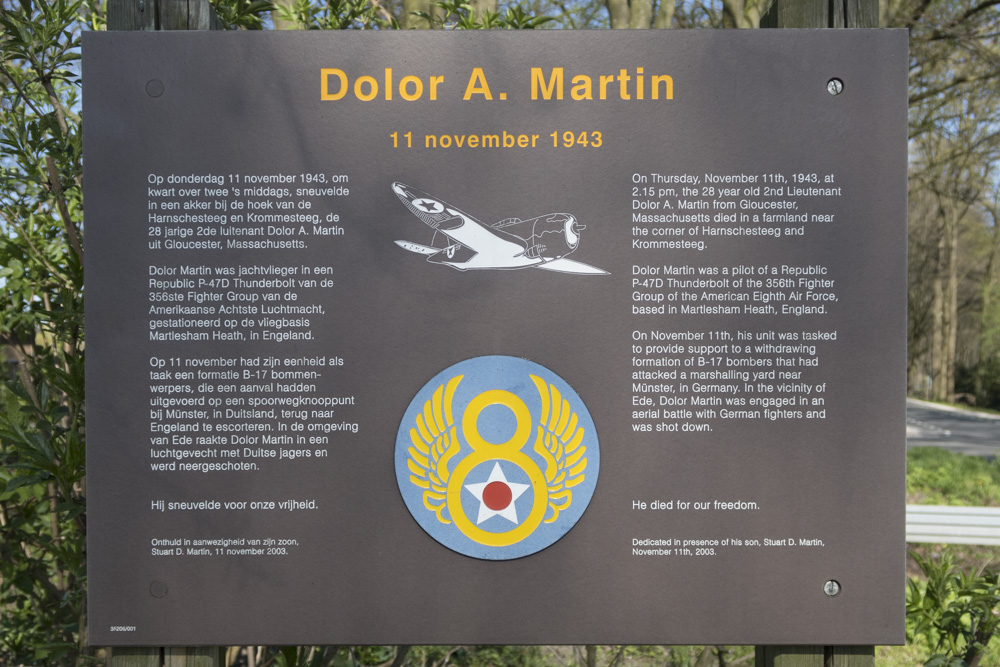 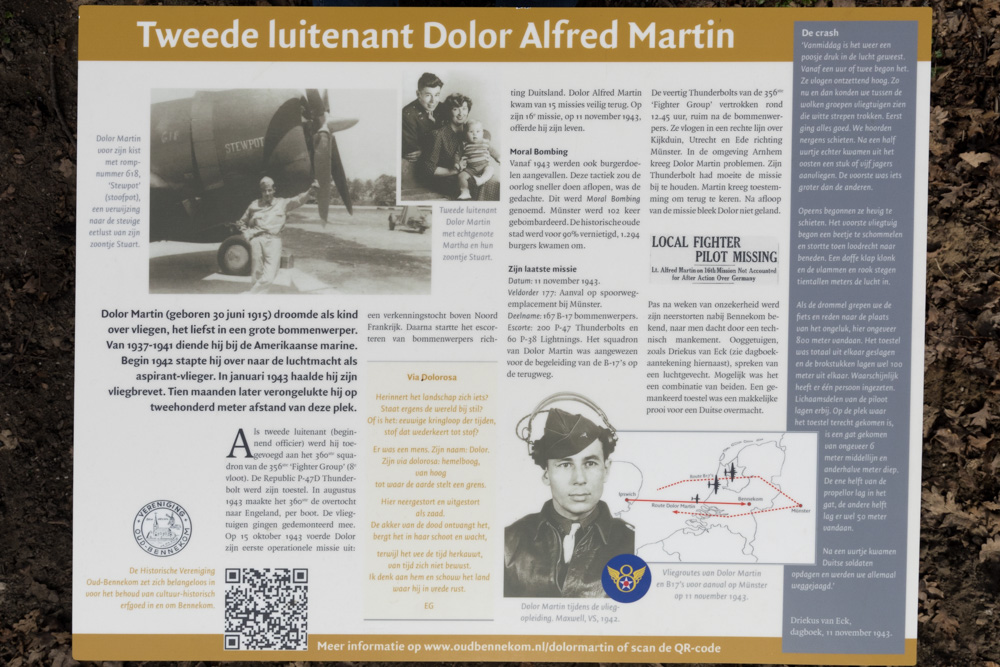 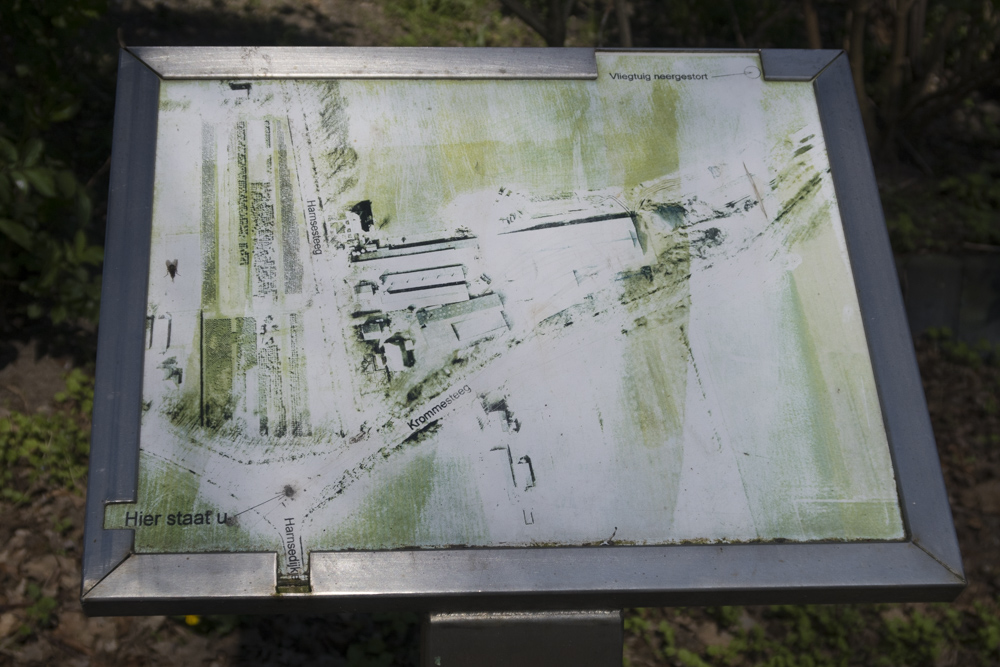 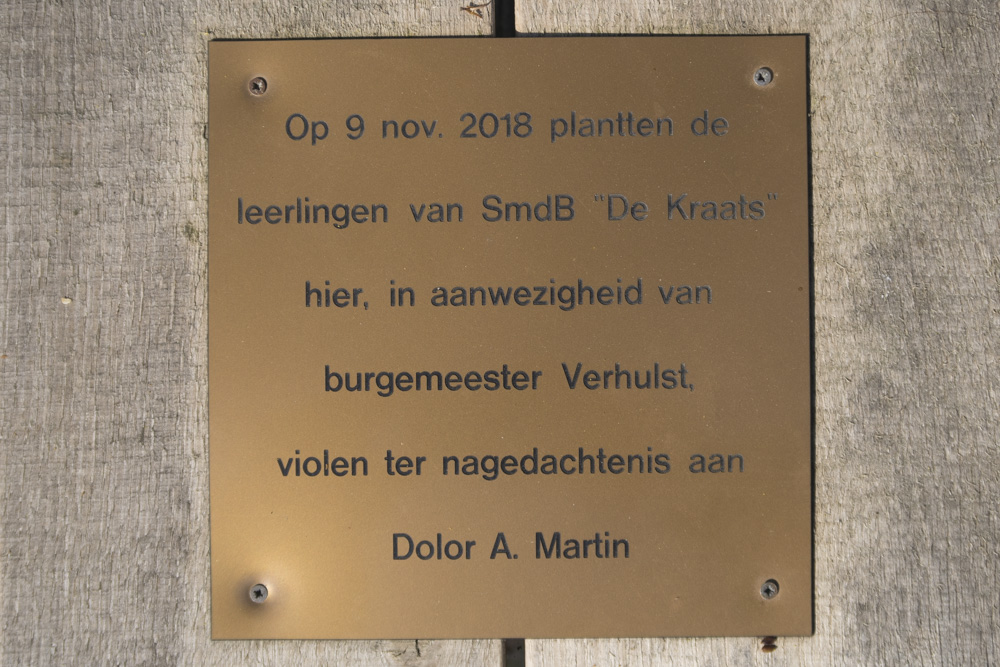 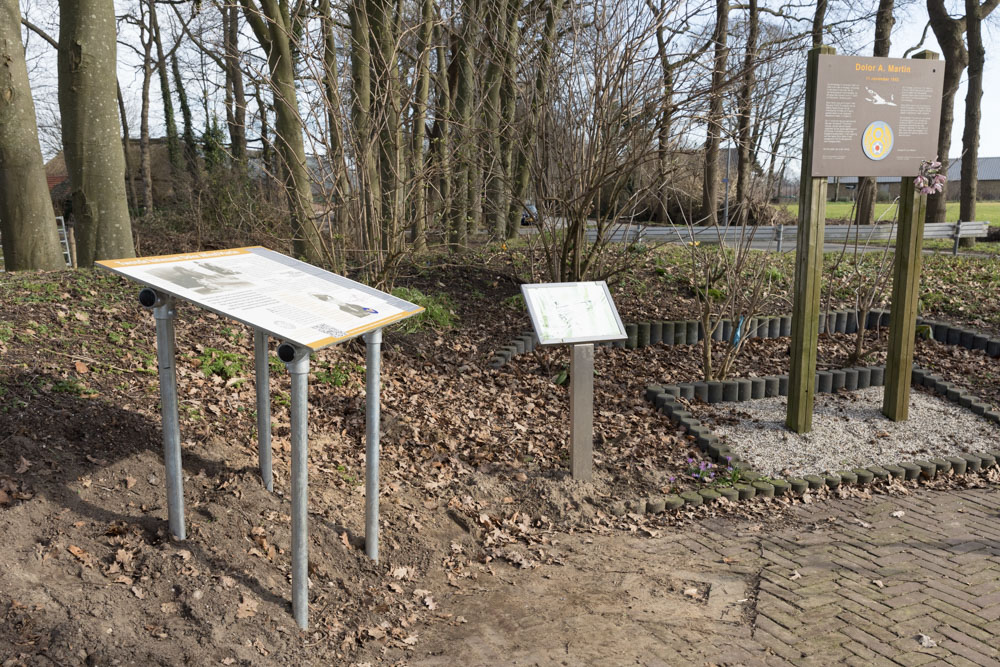 The text on the monument reads:
On Thursday, November 11th, 1943, at 2.15 pm, the 28 year old 2nd Lieutenant Dolor A. Martin from Gloucester, Massachusetts died in a farmland near the corner of Harnschesteeg and Krommesteeg.

Dolor Martin was a pilot of a Republic P47D Thunderbolt of the 356th Fighter Group of the American Eight Air Force, based in Martlesham Heath, England.

On November 11th, his unit was tasked to provide support to a withdrawing formation of B-17 bombers that had attacked a marshalling yard near Münster, in Germany. In the vincinity of Ede, Dolor Martin was engaged in an aerial battle with German fighters and was shot down.

He died for our freedom.

Early 2021 an information sign was added to the location.