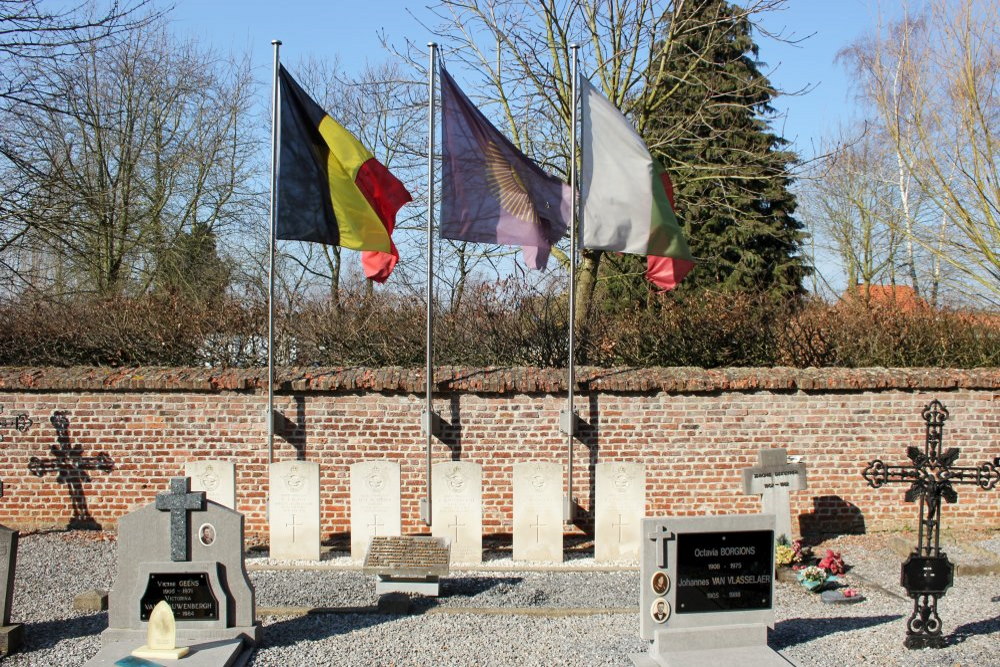 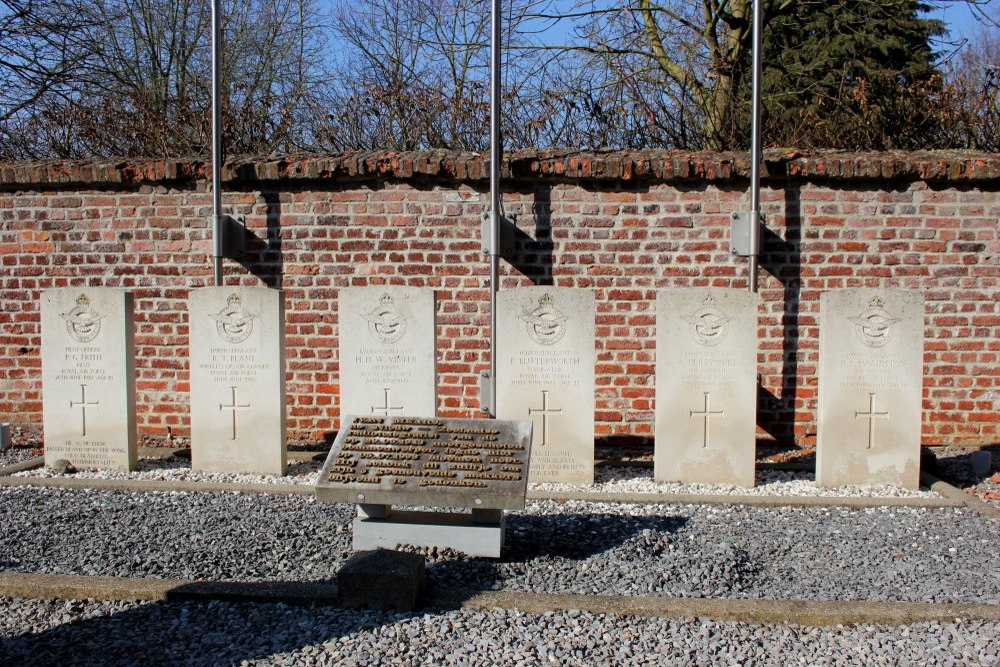 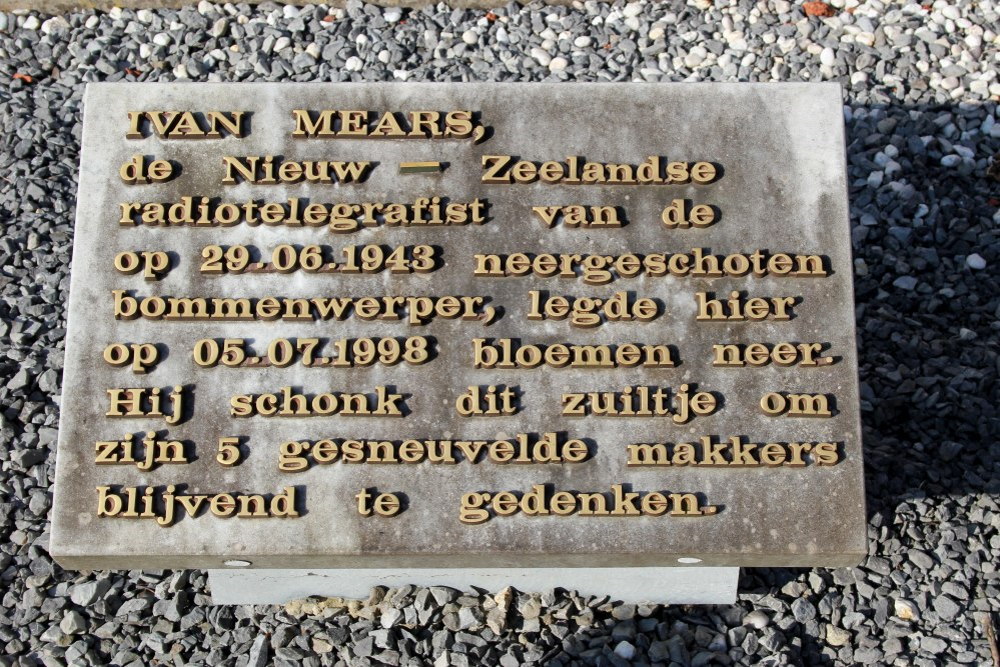 At the cemetery in Houwaart are six Commonwealth war graves. These are graves of airmen from two different aircraft.

On June 25, 1942 at 2356 departed from Wattisham airbase, the Blenheim Z6084, with the mission to attack the Luftwaffe airport St.Truiden with the aim of destroying enemy aircraft. The aircraft was shot down over Belgium by night-fighter Eckart-Wilhelm von Bonin 6/NJG1. The plane crashed at 0138 near Houwaart. In the crash, all crew members: P/O P.G.Frith, Sgt R.T.Plant and Sgt H.H.W.Vinter were killed, they are buried in this cemetery.

On June 28, 1943 departed from Lakenheath air base, the Stirling EE880, with a bombing mission to the city of Cologne in Germany. The aircraft was shot down over Belgium by night-fighter Walter Ehle 11/NJG1. The plane crashed at 0233 near Houwaart. In the crash, five crew members were killed, three of them: Sgt P.Butterworth, Sgt A.Derbyshire and Sgt B.S.Swainston were buried at this cemetery. The other two were never found. There were two survivors, one escaped and one was taken prisoner of war.