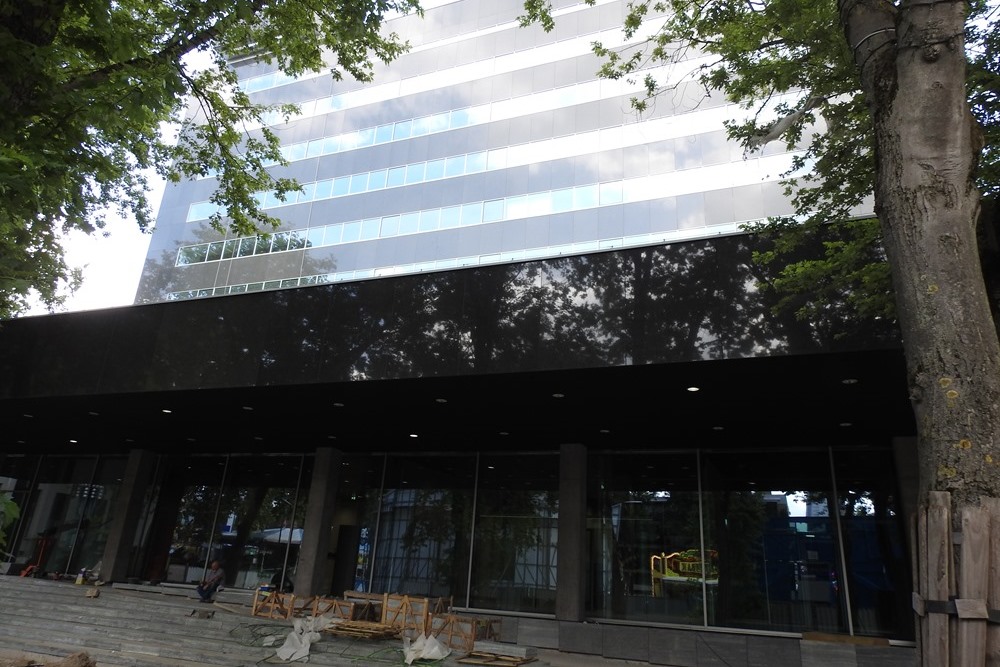 Wim Berkelmans worked during the Second World at the municipal population office in Tilburg. He offered help to Jews in hiding. He was with a few other resistance fighters responsible for the failed attack on SD Police man Piet Gerrits from Tilburg. This attack failed and four men went into hiding. Later, they were arrested and imprisoned in the Polizeigefängnis und Untersuchungs Gefängnis in Haaren. On May 24 they were sentenced for the attack and along with ten other resistance fighters, they were executed on May 26 in the dunes of Drunen.

The monument is a relief to remember this resistance fighter. The relief is on the first floor of the municipal office. Above the relief is written in Dutch: