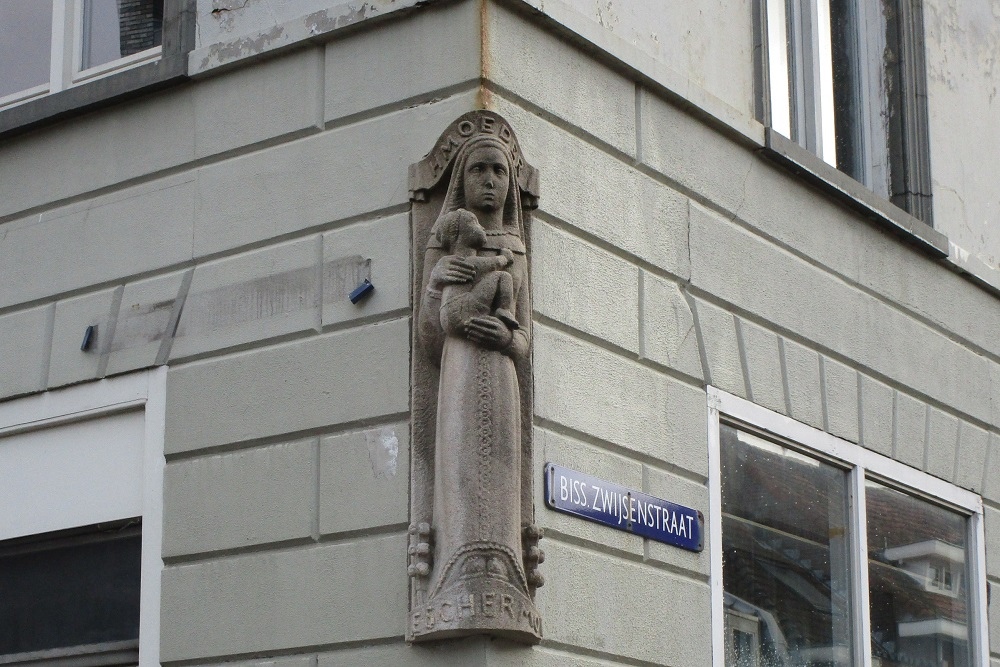 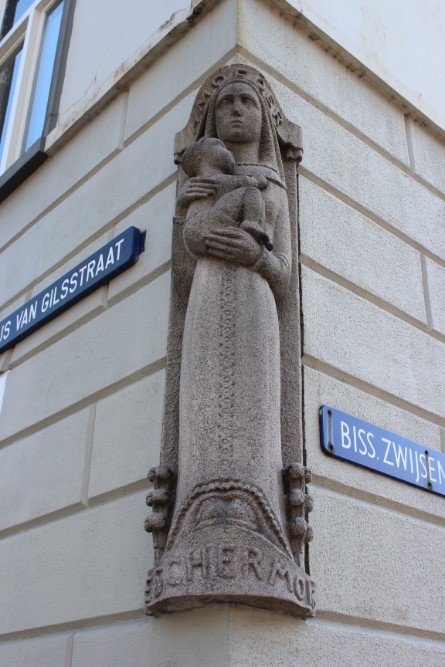 A statue of the Virgin Mary has been placed on the corner facade of the house at Bisschop Zwijsenstraat 66.
The local residents did this in 1940 to gain protection against the dangers of the Second World War.

Since the war, this building was known as Sancta Maria, the building where the activities of the White-Yellow Cross took place.

This property has an interesting history, which cannot be fully traced. The building would have been built around 1880 for manufacturer Joseph Verbunt as a home and factory. The factory with house, meanwhile owned by son Denis, was auctioned in July 1911. The factory was bought by Ferd. Hoosemans who started an artificial wool factory here, which was destroyed by fire on March 23, 1912. D. Polak's existing diamond polishing factory was also lost. It is unknown what the purpose of the property was afterwards. The sisters of St. Juliana van Falconeri, popularly called the Juliaantjes, came to Tilburg in 1937 and settled here. The sisters were mainly active in family care, for example through the Wit-Gele Kruis. After 1942 the building was used first by the German army and then by the Allies.
There is a statue of Mary on the corner facade. The local residents did this in 1940 to gain protection against the dangers of the Second World War. The designer is Niel Steenbergen.
The building is not a monument. It has a hipped roof and is plastered at the bottom. The building has a beautiful roof molding and window frames on the first floor.