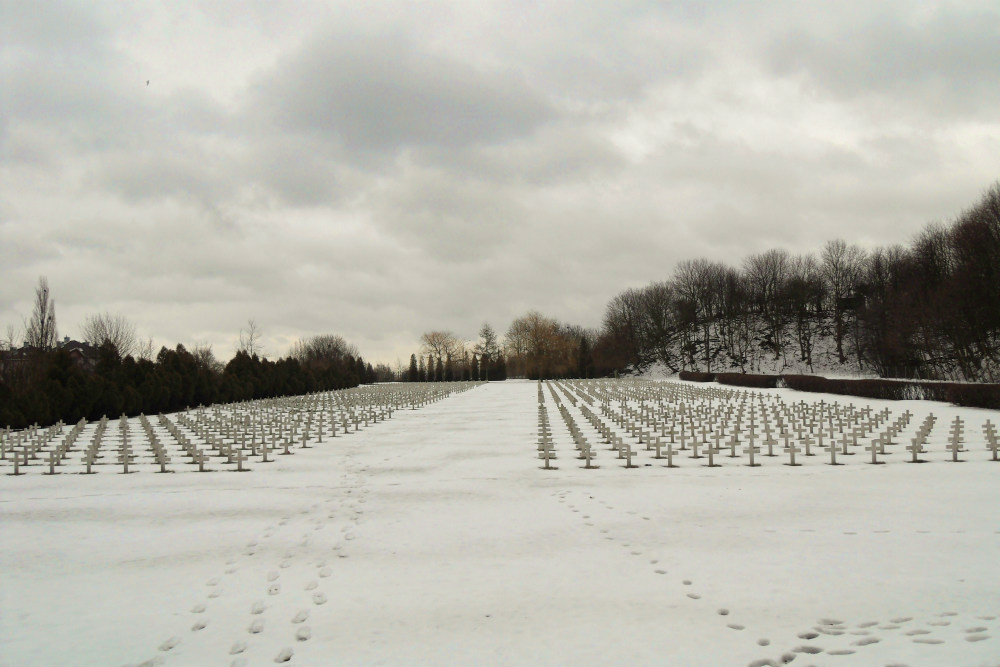 This large and only French war cemetery on Polish soil contains 1,152 French war graves from the Second World War. The victims buried here, were prisoners of war, political prisoners, forced laborers, forced conscripts in the German army or French members in the Polish underground resistance who died by the hand of the Germans occupation force.