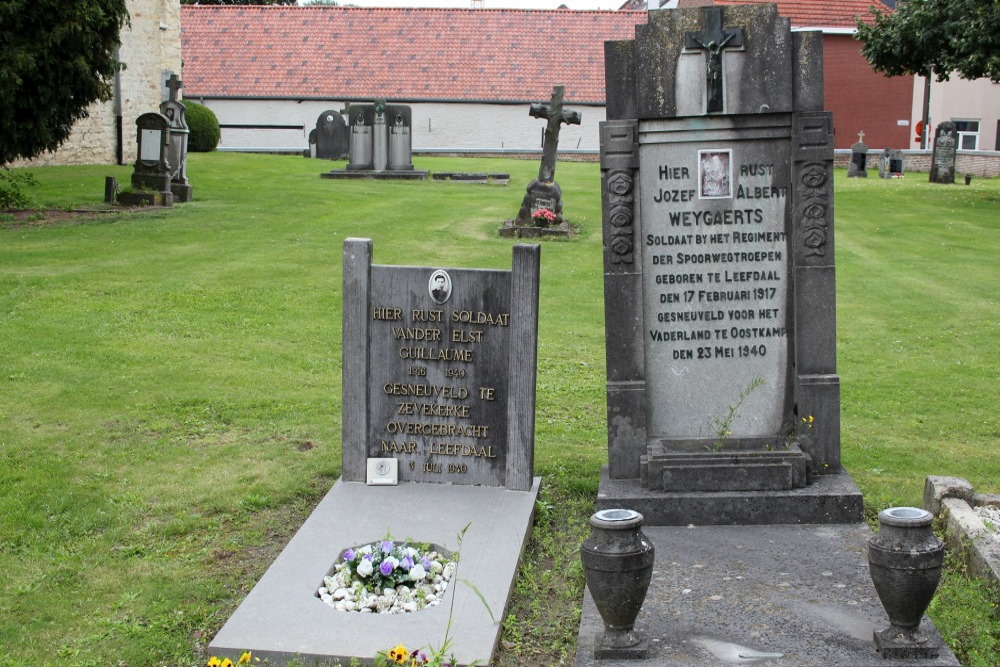 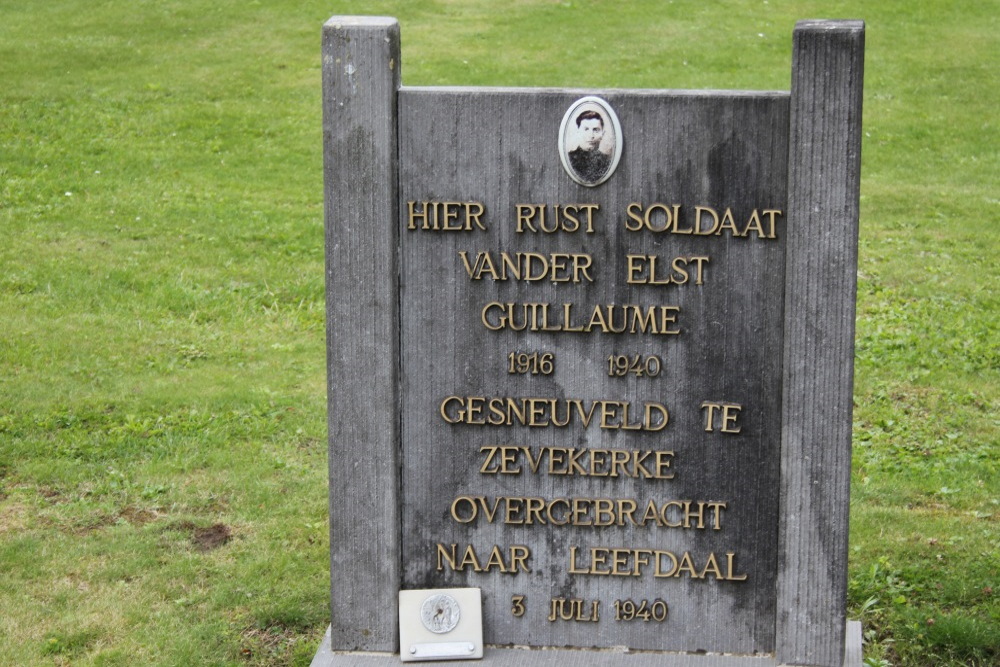 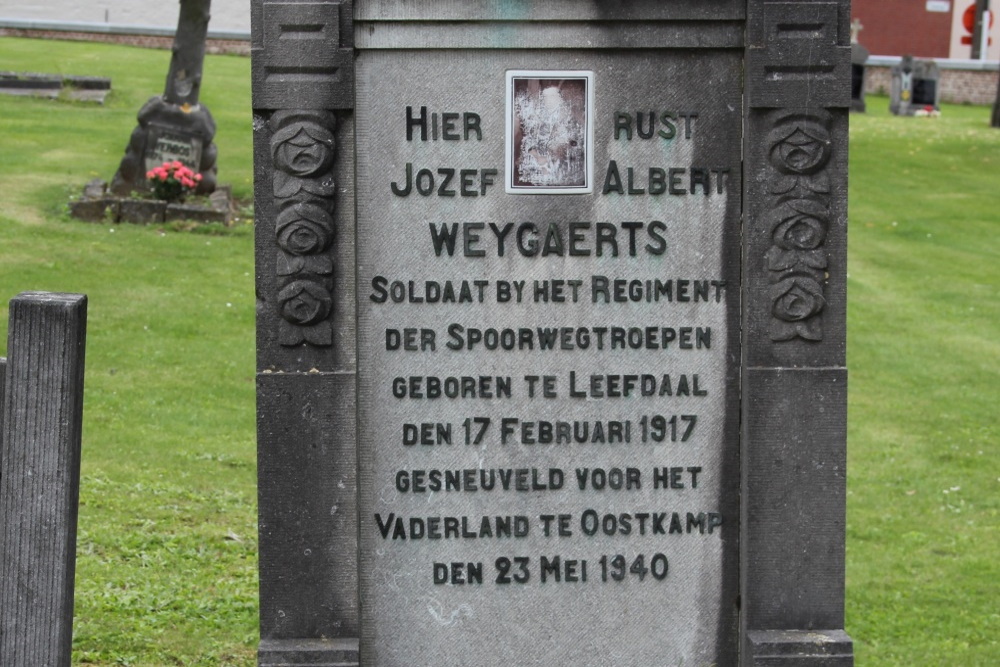 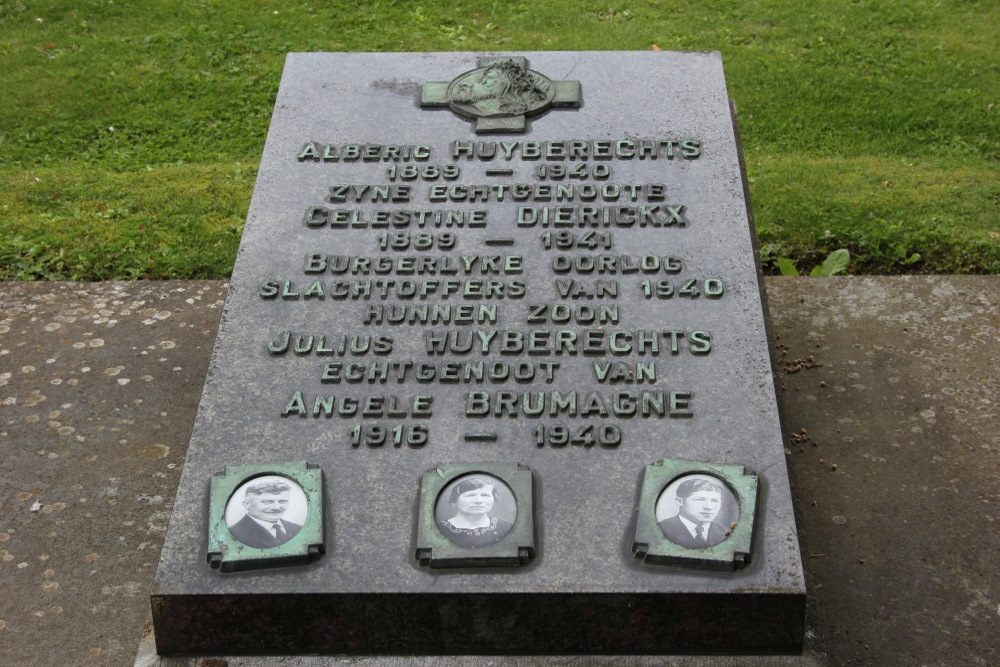 In the cemetery near the church in Leefdaal, municipal Bertem, are two Belgian war graves of soldiers who were killed in action during the Second World War.
Both are also listed on the War Memorial which stands in front of this cemetery.
These are the graves of:
Soldier Guillaume Van Der Elst, killed in action in Zevekerke,1940
Soldier in the Regiment of Railway Troops, Josef Albert Weygaerts killed in action in Oostkamp on 23 may 1940.

In the cemetery near the church in Leefdaal, Municipal Bertem, is a tomb of the Civil War Victims Family Huyberechts-Dierickx:
Father: Alberic Huyberechts 1940
Mother: Celestine Dierickx 1941
Son: Julius Huyberechts 1940.

Family Huyberechts is also commemorated on the monument in front of the cemetery.