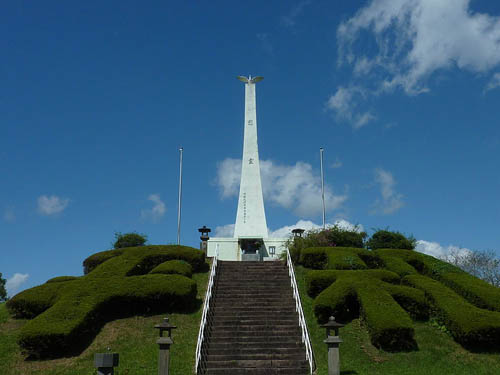 This memorial commemorates the 363 kamikaze pilots of the 908th Special Attack Corps, from the Kushira Navy Air Base who fell during the Second World War. The front side of the tower has the following inscription on a stone plaue:

"Now we sortie having no regrets
Parents, brothers, sisters, be happy
With refreshed hearts like the skies
It will also be this way shortly, goodbye"

"May there be rest for the spirits of the over 300 men who took off from here at Kushira Air Base in the last part of the Pacific War and did not return as they became human bombs. They surely became the foundation for peace."