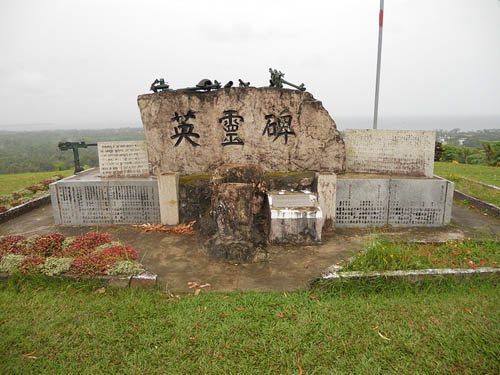 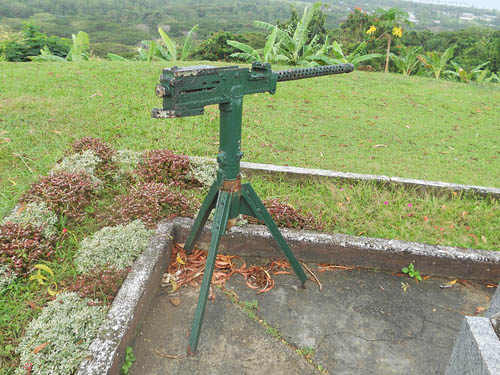 This memorial is standing on the spot where a large number of Japanese soldiers were buried in a mass grave. The text on the memorial reads:

"In memory of the brave soldiers who paid the supreme sacrifice for their countries Japan, Australia American and New Guinea during World War 2 From 1941-1945. We sincerely hope that or men will never again engage in war but that a deep spirit of friendship may exist between all"

An American Browning .50 Caliber machine gun is standing at the memorial.