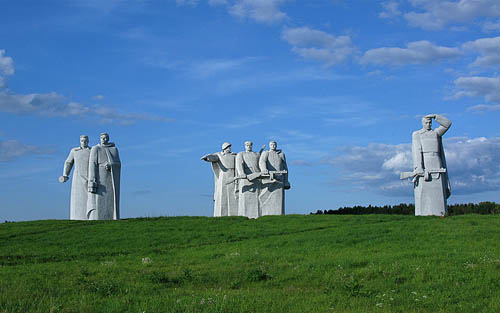 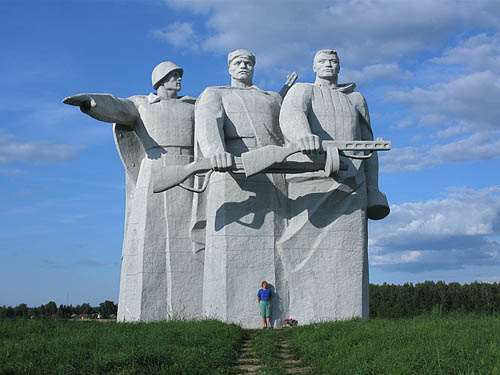 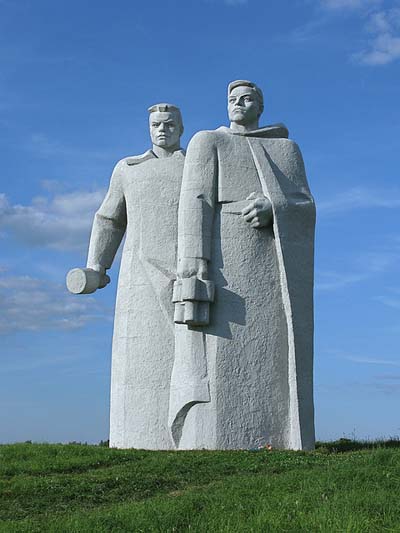 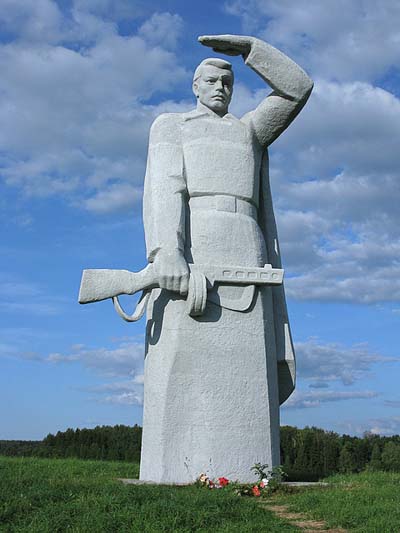 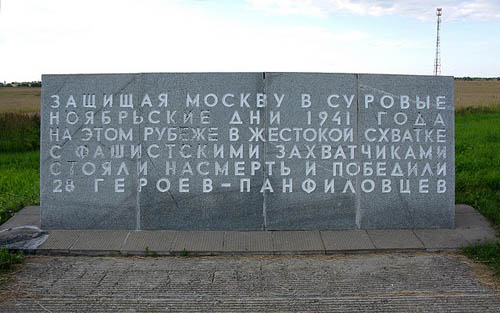 This gigantic statue group is dedicated to the "Twenty-Eight Guardsmen", a group of 28 Soviet soldiers, belonging to the 316th Rifle Division who fell on 16 November 1941 (during the Battle of Moscow) after destroying 17 German tanks. The Twenty-Eight were collectively endowed with the title "Hero of the Soviet Union".