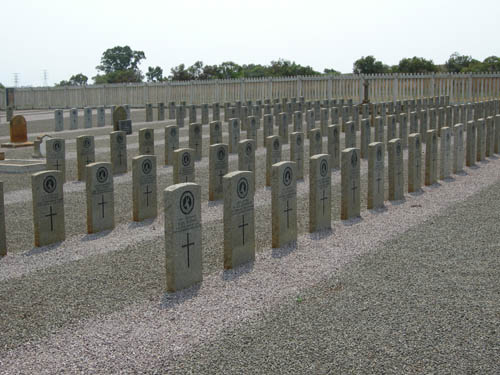 This war cemetery contains 102 Commonwealth war graves from the Second World War and 161 war graves from the First World War. Among the WW2 casualties is the Commander of the 1st South African Division, Maj-Gen Dan Pienaar, C.B., D.S.O. and members of his divisional staff who were killed when their aircraft crashed at Kisumu, in Uganda during December 1942 (shorlty after the Battle of Alamein).