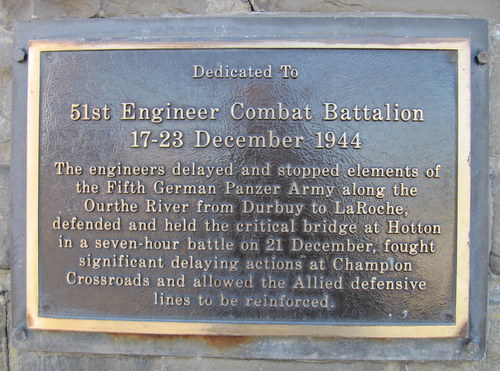 Dedicated To
51st Engineer Combat Battalion
17-23 December 1944
The engineers delayed and stopped elements of
the Fift German Panzer Army along the
Ourthe River from Durbuy to La-Roche,
defended and held the critical bridge at Hotton
in a seven-our battle on 21 December, fought
significant delaying actions at Champlon
Crossroads and allowed the Allied defensive
lines to be reinforced.