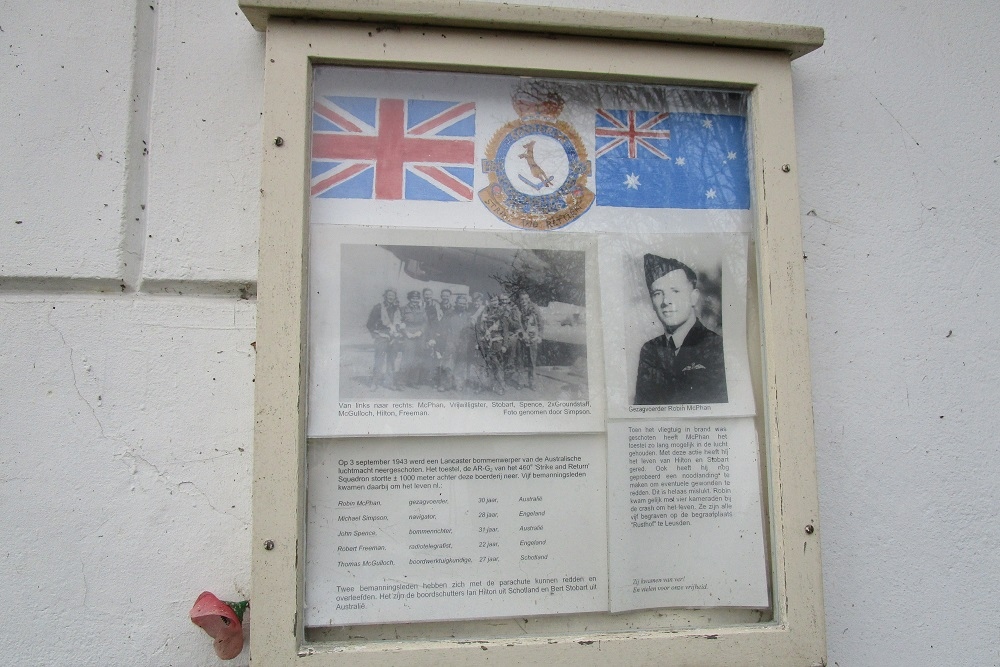 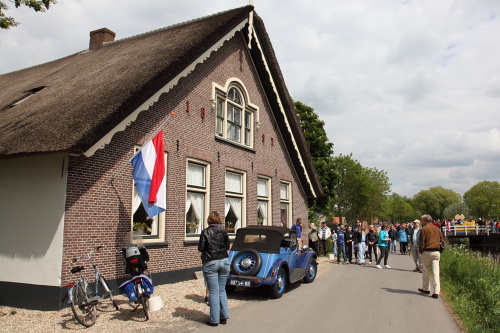 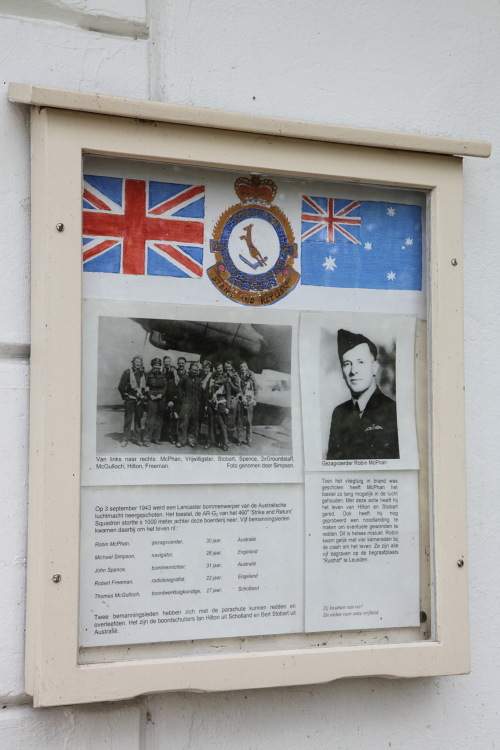 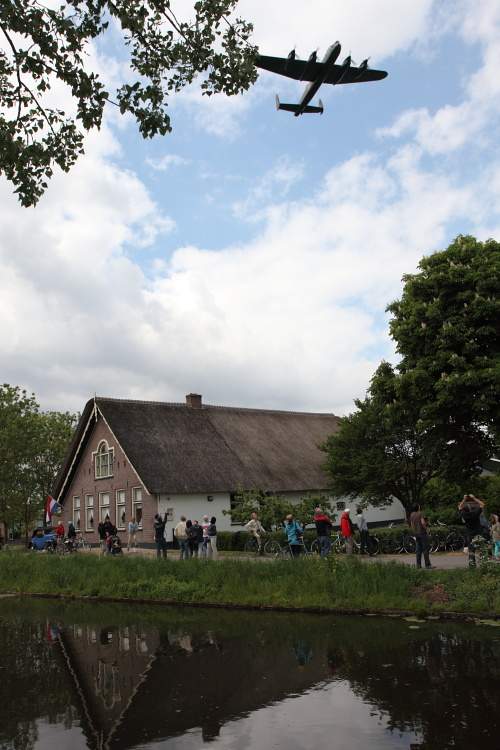 On the 3rd of september 1943, Lancaster EE132 crashed about 1.000 meters behind the Zwijnenburg farm. The aircraft, belonging to the RAAF 460th squadron, had departed from Binbrook and took part in a mission to Berlin.

Lancaster EE 132 took off from RAF Binbrook at 1940 hours on 3 September 1943 to attack Berlin. Nothing was heard from the aircraft after take off and it did not return to base. Post war it was established that the aircraft crashed on 3 September and exploded on impact near the village of Benschop, which is approximately 50 kilometers south of Amsterdam.

Today there are only 17 surviving Lancaster bombers in the world, and only two of them are able to fly. In a rare honouring of the fallen crew, on May 4, 2011, a BBMF (Battle of Britain Memorial Flight) Lancaster made a fly-by over the farm.

Two crew members, both of them gunners, managed to save themselves with a parachute and became POWs:
Ian Hilton, Scotland,
Bert Stobart, Australia

Bert Stobart still lives in Melbourne and until this day contact he is in touch with the people of Lopik, who take great pride in the work they are doing for the families of lost airmen in their district.