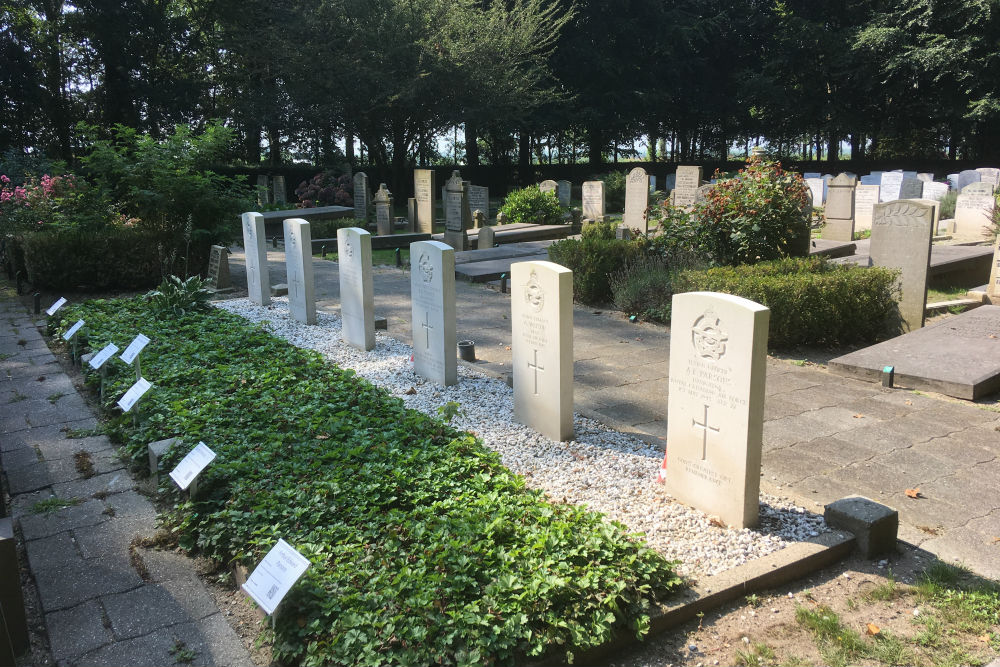 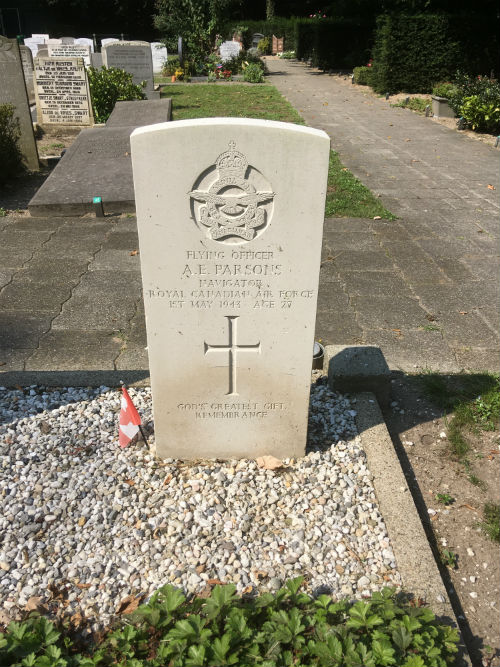 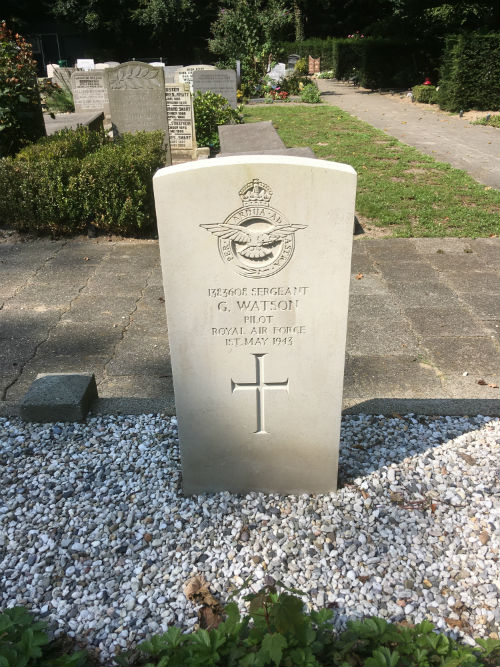 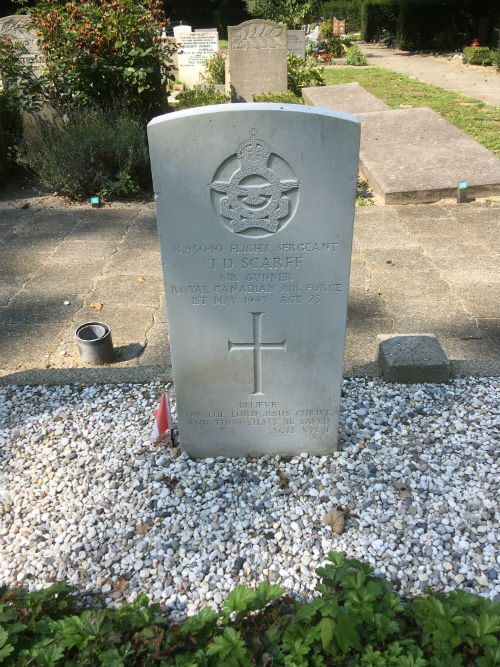 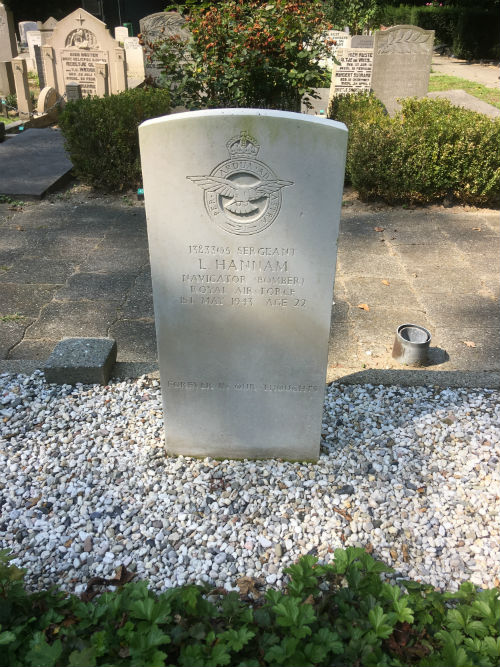 Muiden General Cemetery contains the graves of six Commonwealth War Graves who were killed on 01/05/1943.
These are the graves of:

On 30 April 1943 at 2353 departed from RAF Elvington, the Halifax JB803 of the No. 77 Squadron RAF, with the mission: a bombing raid over the city of Essen in Germany. The aircraft was shot down over the Netherlands by a German night-fighter at 0226 after which it crashed near Muiden. All crew members died in the crash, they are all buried in this cemetery.