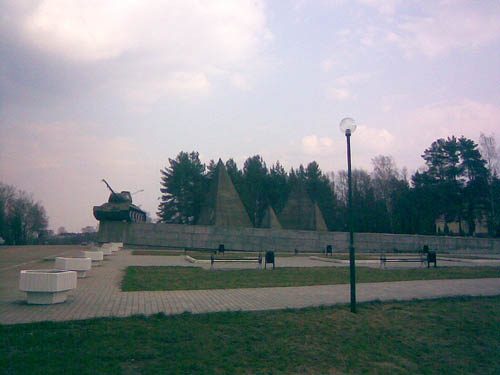 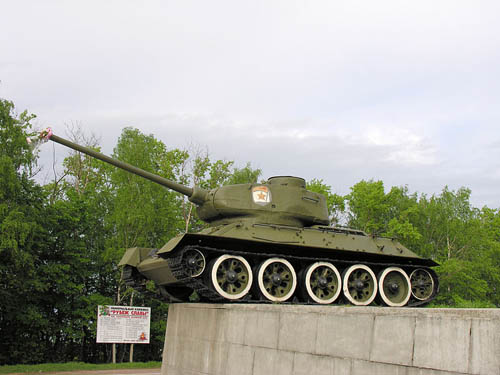 This memorial is standing on the place where the defence line of the 9th Guards Division ran during the Battle of Moscow (1941-1942). A plaque at the memorial reads:

"Here, during the grim days of autumn 1941, valiant warriors of the 16th army stopped the enemy. On 6 December 1941, they launched a counter-attack and started to defeat the nazi's."

The memorial is in the shape of a tank barrier with at the right a T-34/85 tank attacking.