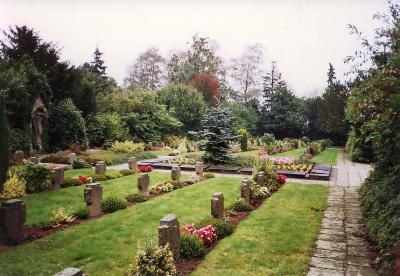 Sonsbeck Roman Catholic Cemetery contains a large plot with 348 War Graves (Kriegsgräber) from the Second World War. Of there graves 330 are German, 12 are Polish, 4 are Russian and 2 have another nationality. 165 gravestones dont have a name.

Most soldiers died during fights around Sonsbeck of the Rhine-crossing near Rees, west of Wesel (operation Plunder). There are also soldiers buried who died in fights in the Dutch border-area.