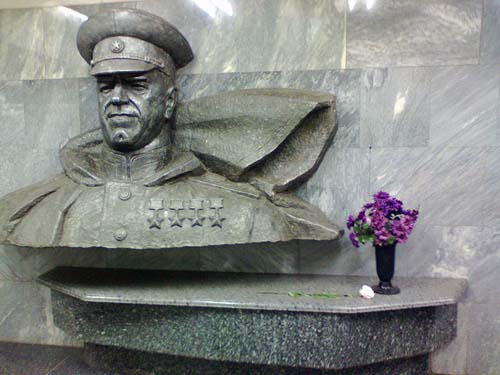 This memorial is placed in the underground metro station "Marshall Georgy Zhukov"and commemorates the four times "Hero of the Soviet Union" and Marshall of the Soviet Union Georgi Konstantinovitsj Zjoekov. This famous army general played a key role in the Second World War against Nazi Germany.