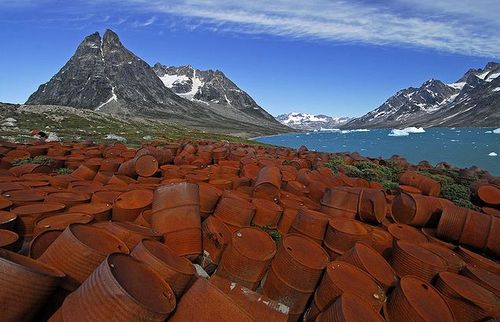 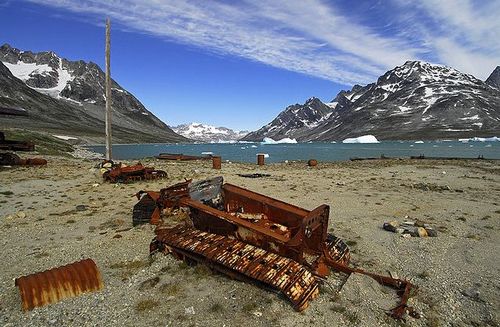 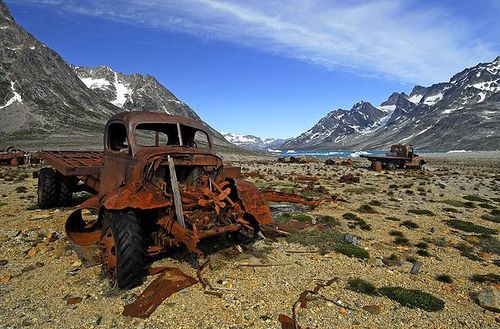 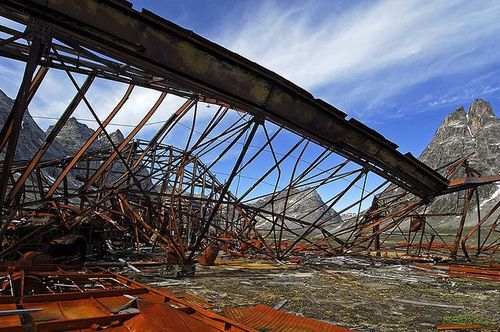 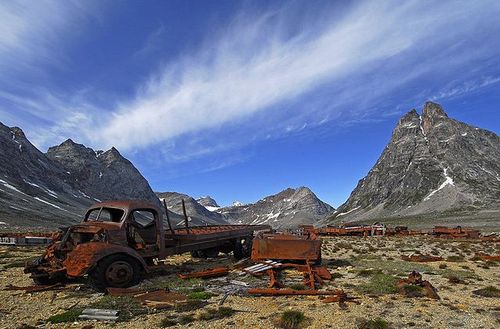 Near Ikateq (Greenland), was an American airbase "Bluie East Two" during World War 2. It has been built to protect Greenland and the USA. When Germany should invade Greenland, they could increase pressure on the United States of America. After the war, the Americans left the base and abandoned the trucks, hangars and the oil barrels.