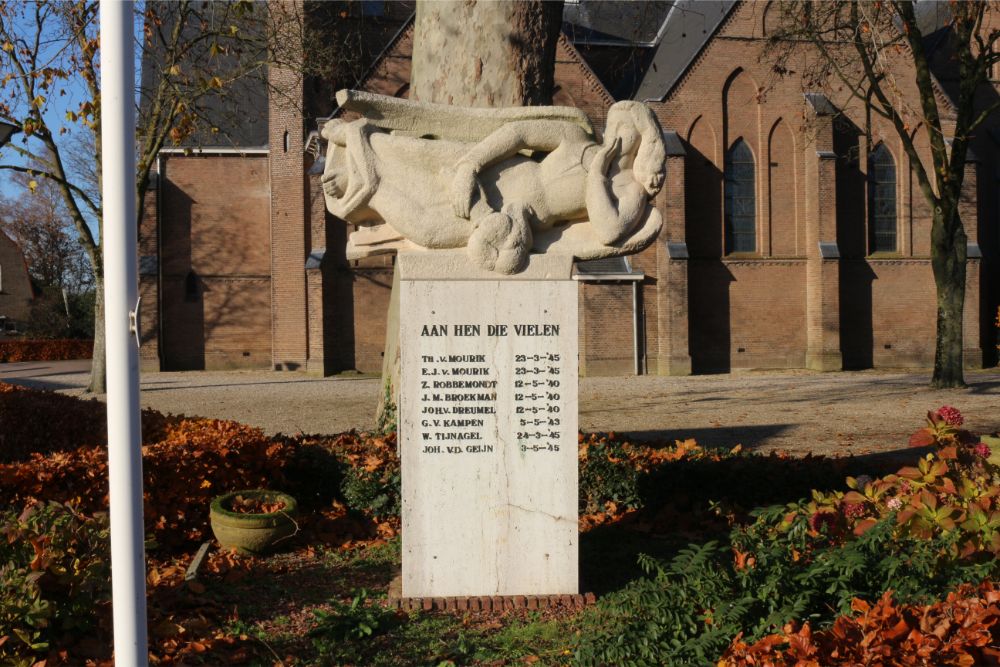 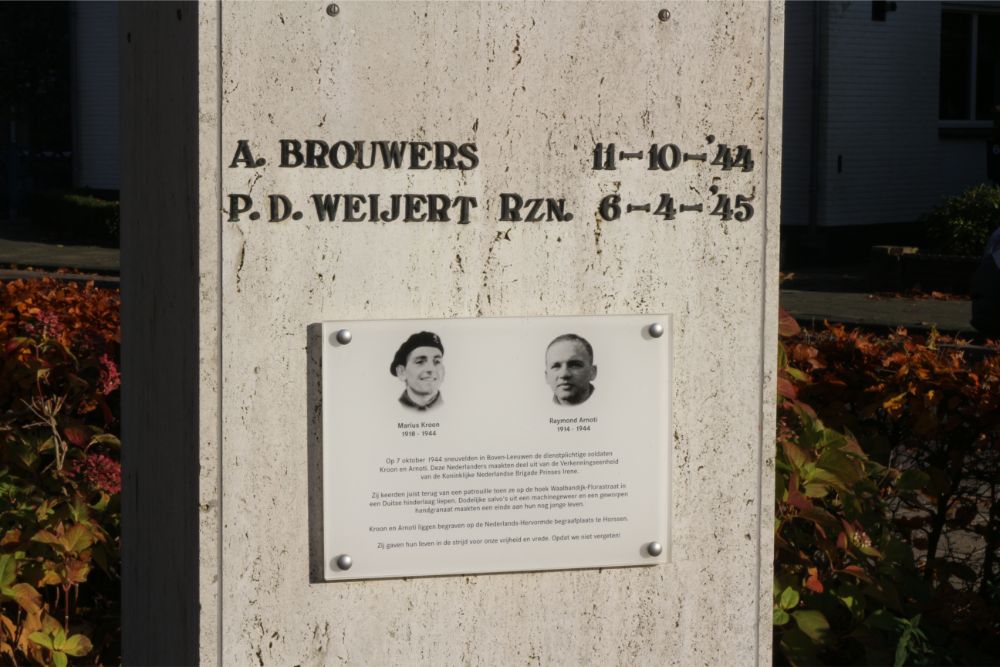 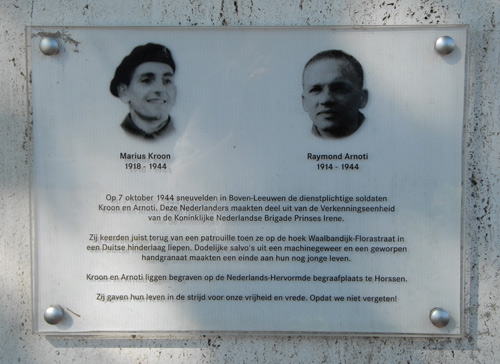 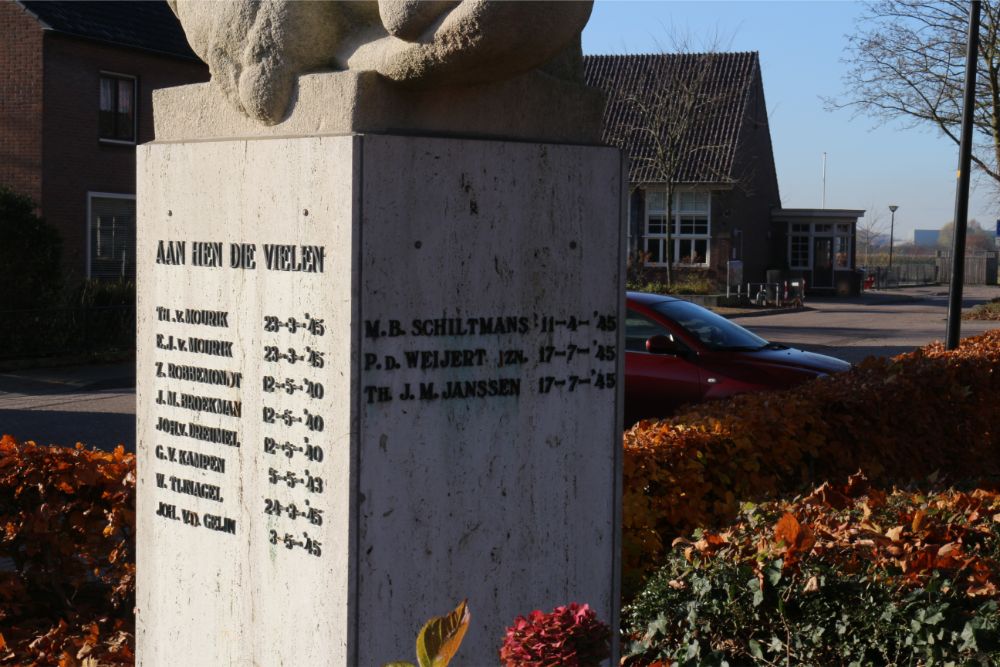 After the war slowly but surely the Netherlands worked again on the reconstruction. In Boven-Leeuwen came a number of residents, including some who had survived war as a soldier, at the initiative of Pastor Rud. Dekkers together to bring about the creation of a monument to the victims from the village. These were: Ot Janssen, Wim Megens, Gielis van Kessel, Johan Peters, Roei the Weijert, Bes van Swam, Adriaan and Johan van Zwam and Jan Soetekouw.

The place where the monument is situated in fron tof the local R.C. Church on the Past. Schoenmakersstraat. Pastor Dekkers offered the land on behalf of the RK-church.

Meanwhile, the Nijmegen visual artist Rovers was mandated to create a design of the monument. His design, a lying angel who asks for silence for those who fell, was approved despite the large development costs of 10000. On Sunday, May 14, 1950 the monument was unveiled under great interest.