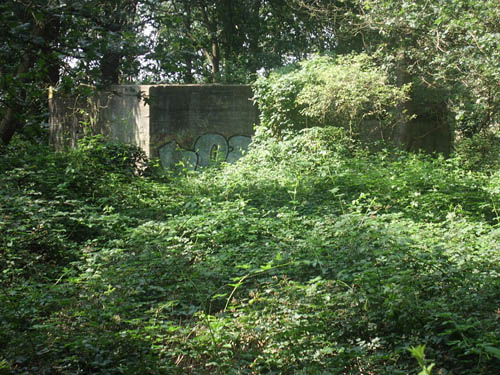 This German bunker is constructed in 1944 as part of the Pantherstellung. It is a flanking concrete bunker. The bunker was armed with a heavy machine gun and was set to provide flanking fire. After the war, there was an attempt to blow up this bunker but it failed.