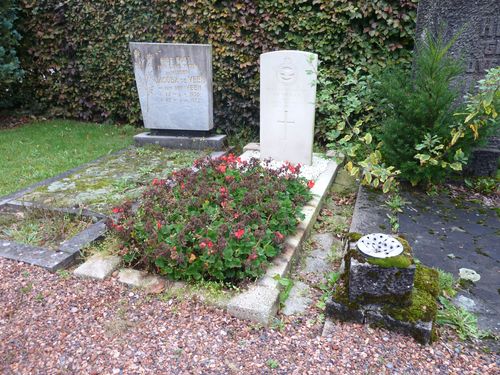 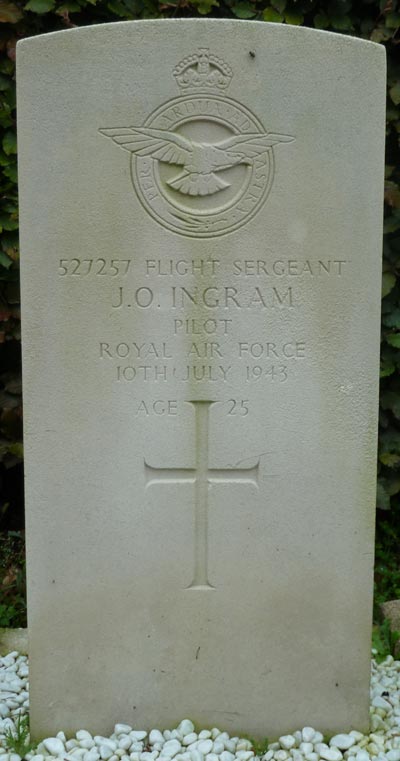 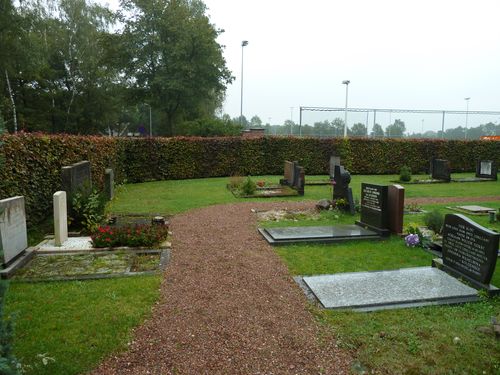 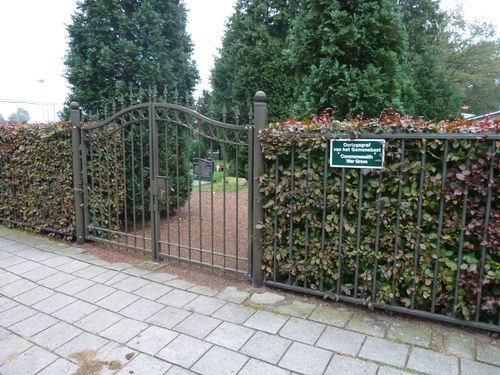 The General Cemetery in Losser contains one Commonwealth burial.
This is the grave of:

On 9 July 1943 at 22:42 departed from RAF Syerston, Lancaster W4763 with the mission: a bombing raid over the city of Gelsenkirchen in Germany. The aircraft was part of a formation of 418 aircraft, including 218 Lancasters, 190 Halifaxes and 10 Mosquitos. W4763 was hit by Flak anti aircraft guns between the Netherlands and Germany and then crashed down at 01:22 in Losser. Of the seven crew members one was killed, he is buried in this cemetery. The other six crew members were taken prisoner of war by the Germans. The bombing was unsuccessful due to poor marking of the target. There were a total of 12 aircraft lost during the mission.