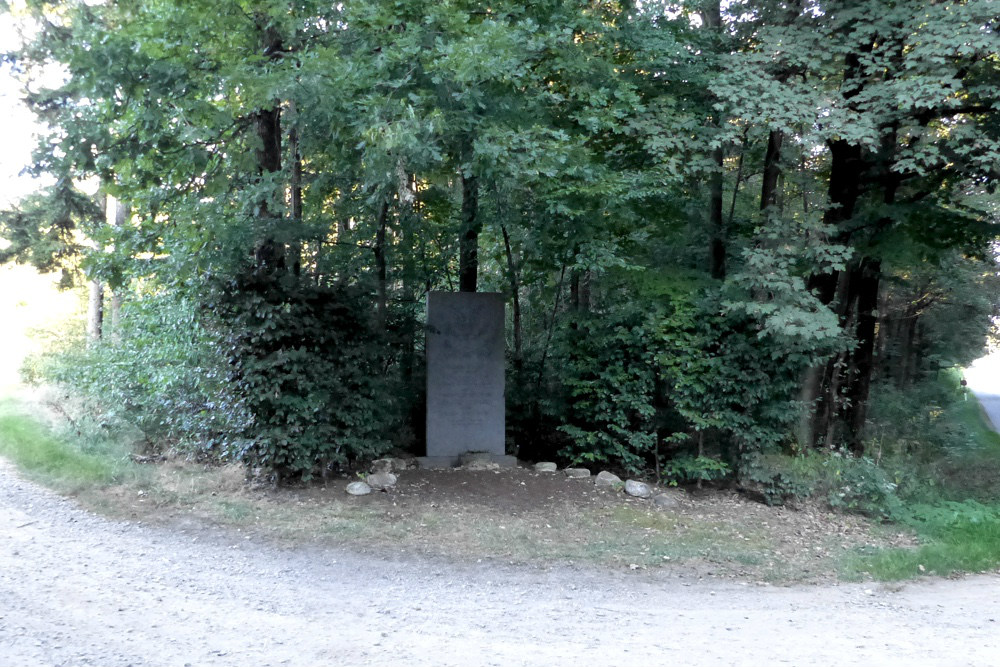 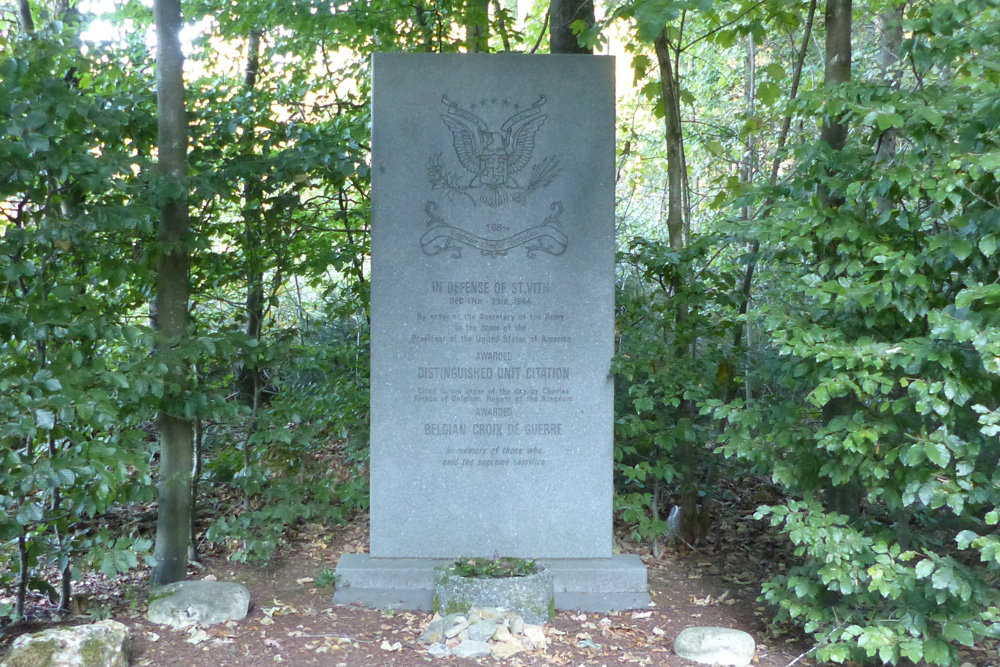 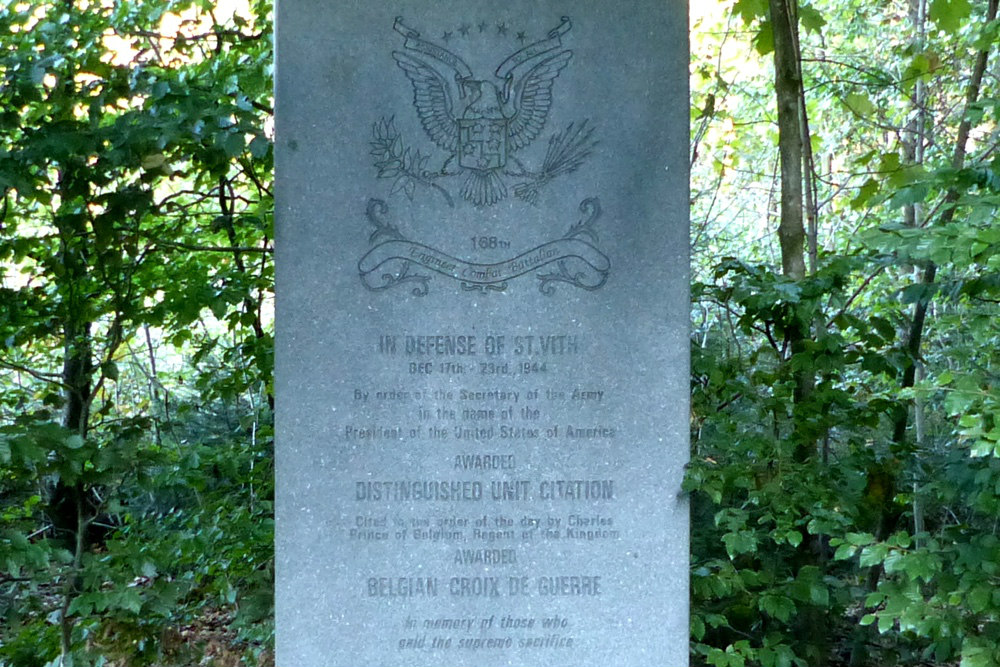 Sankt Vith was an important strategic battle theatre during the Battle of the Bulge because of its being situated on a traffic hub. The village was situated approximately 15 kilometers behind the frontline in the Schnee Eiffel in the area that was defended by the US 106th Infantry Division. After the surrender of Schonberg Colonel Riggs of the 81st Engineers received on 17 December, 1944, the orders from General Jones to defend St Vith with a reserve unit (168th Engineers, 81st Engineers, Headquarters Staff). Riggs moved towards the east in the direction of Heuem and dug in at the Prumerberg from where he had a good view on the road between Schonberg and St Vith. The Engineers defended their positions heroically against an overpowering force of German tanks and infantry but in the end St Vith got into German hands on December 21st, much later than planned. The American units withdrew in the direction of Vielsalm, a place where in the meantime reinforcement units of the 82nd Airborne Division had arrived . Riggs and 70 survivors were captured, many others died in the battle.

This monument has been erected in memory of those that died during the battle at this spot. Take the N626 from St Vith in the direction of Schonberg. On the top of the Prumerberg you will see the monument for the 168st Engineers on the left hand side of the road. In the forest the traces of the battle are still visible. For more information see also Michael Tolhursts "St Vith US 106th Infantry Division".