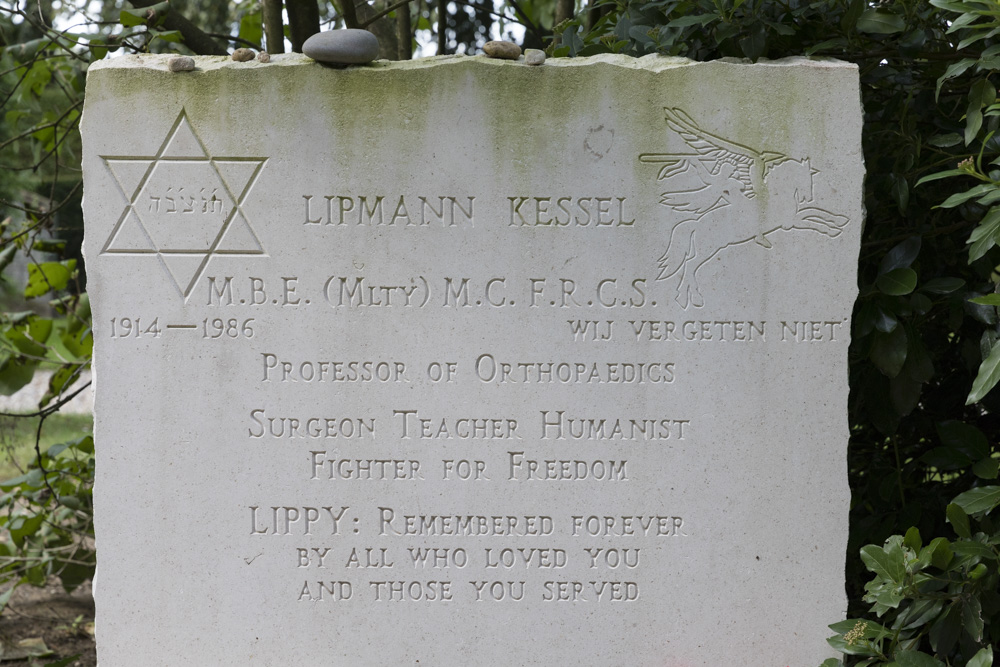 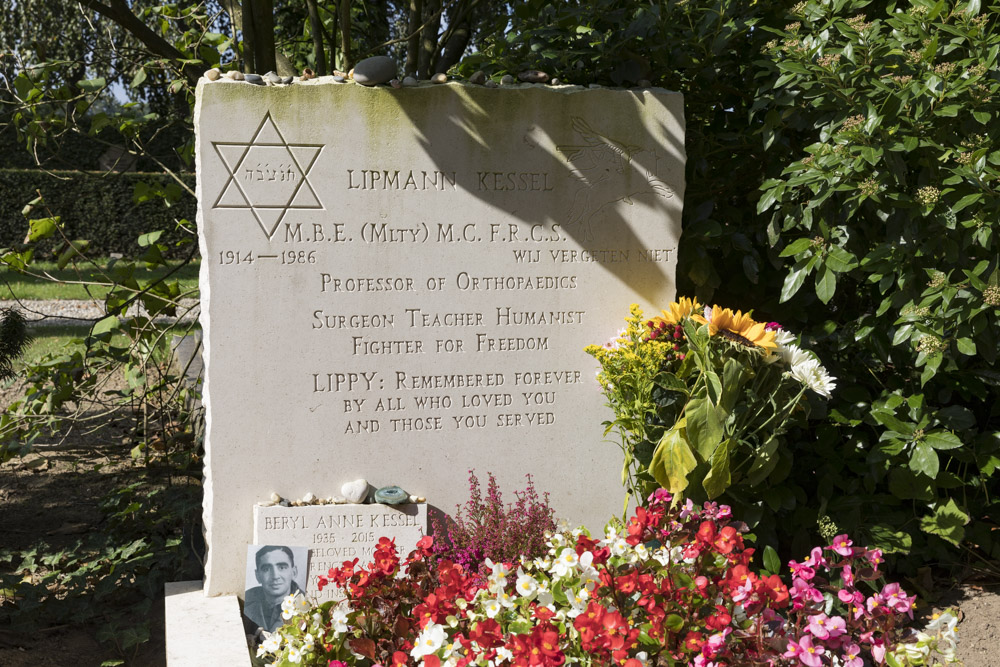 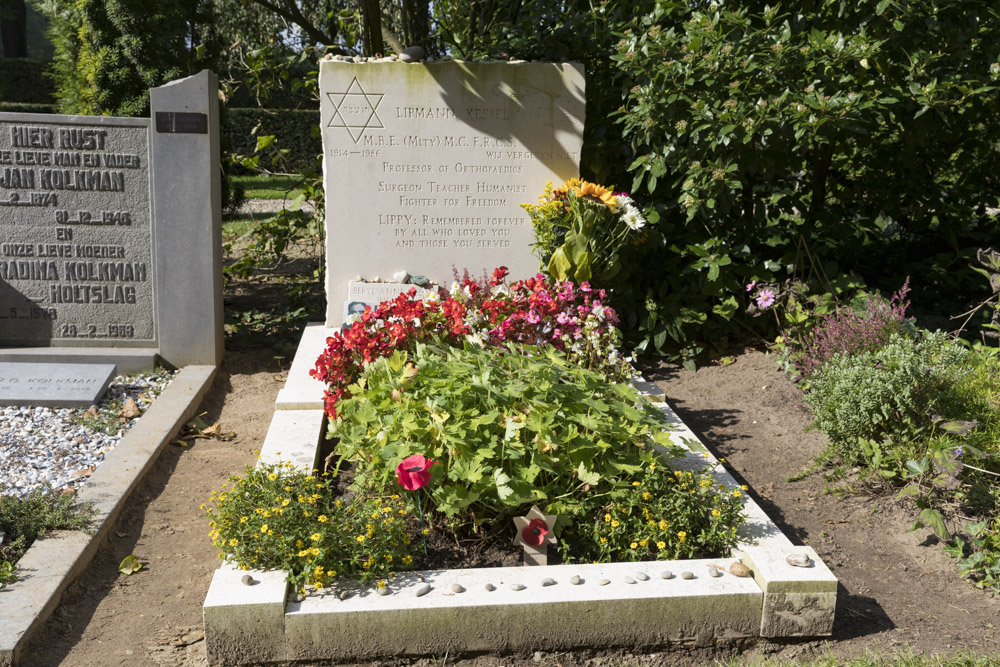 On Municipal Cemetery North and South Oosterbeek is the grave of Alexander Lipmann-Kessel. Kessel, of 16 Parachute Field Ambulance, was a famous surgeon at the St. Elizabeth Hospital in Arnhem. He saved the life of many soldiers including Brigadier Hackett who was seriously injured at the Battle of Arnhem. Kessel was captured by the Germans but managed to escape. His life is described in the book: "Surgeon in Arms". Kessel died on 05-06-1986 and is buried at his own request next to the people who died at the Battle of Arnhem.

Text on his tombstone:

VETERAN GRAVE
LIPMANN-KESSEL M.B.E. (MLTY) M.C.F.R.C.S.
1914-1986 WE DO NOT HAVE FORGOTTEN
PROFESSOR OF ORTHOPAEDICS
SURGEON TEACHER HUMANIST
FIGHTER FOR FREEDOM
LIPPY: REMEMBERED FOREVER
BY ALL WHO LOVED YOU
AND THOSE YOU SERVED