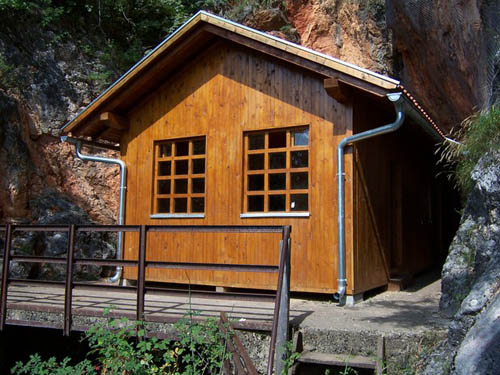 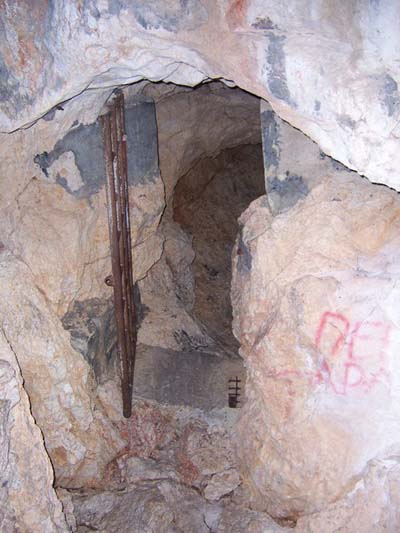 The original version of this building (this is a replica) was used by Tito in 1944 to coordinate his partisans and was also the centre of operation "Rösselsprung", an Axis anti-partisan operation with the goal to eliminate or capture Tito.

The SS-Fallschirmjägerbataillon 500 landed at Drvar on 25 May 1944, whil ground forces advanced from three sides. Tito, however, was informed by the British in time and managed to escape with his staff via the large lake with a boat. When the Germans reached the house they discovered the lake and had to halt their search.