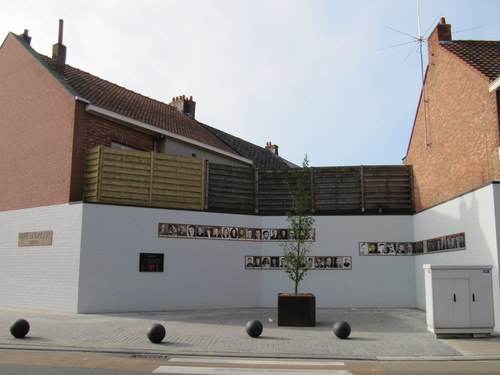 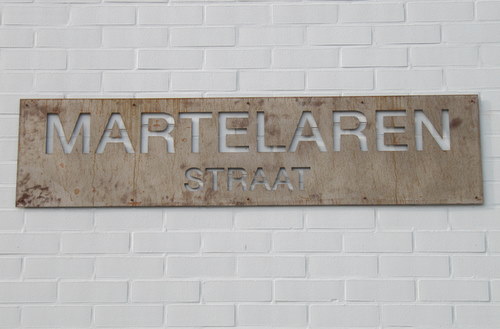 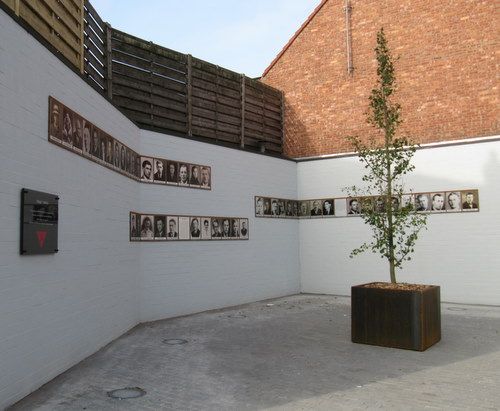 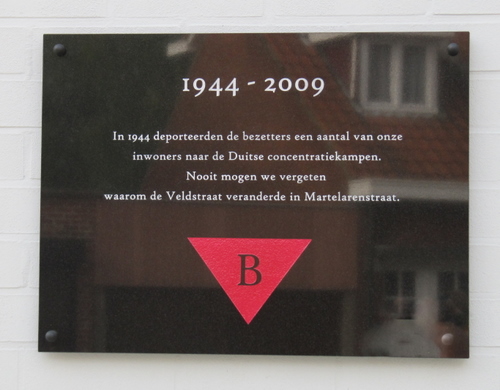 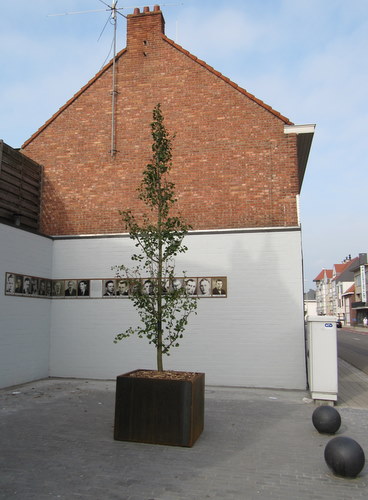 A picture wall as a monument. Made to commemorate dozens of residents of Mol that during raids have been removed from their homes, with violence interogated and from the prison in Antwerp deported to concentration camps in Germany in March 1944 and 11 and 21 July 1944.
The occupier tried in this way to eliminate the resistance in Mol.
Only a few survived.
The text on the plaque:
1944  2009
In 1944 the occupiers deported some of our
Residents to the German concentration camps.
We must never forget
why Veldstreet changed to street of martyrs.

Photo1: Overview of the picture wall.
Photo 2: The street sign that has been changed from Veldstreet in street of martyrs.
Photo 3: Biloba tree, the first Japanese tree to grow after the atomic bomb on Japanese Hiroshima in 1945. The tree symbolizes hope.
Photo 4: The plaque.
Photo 5: Part of the picture wall.