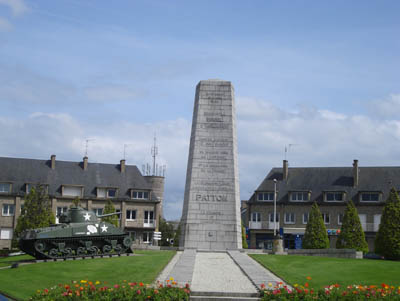 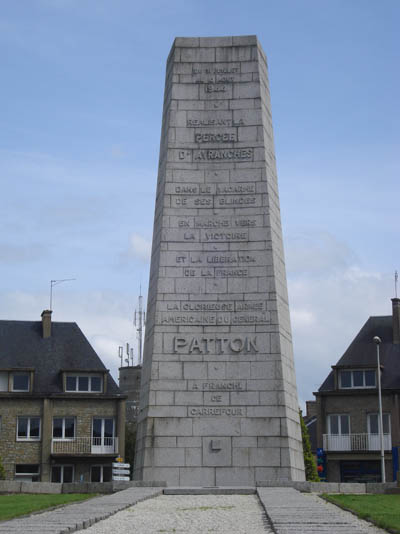 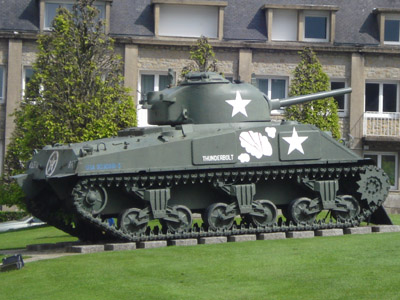 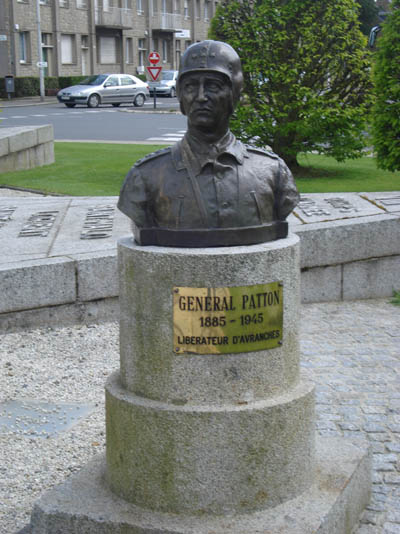 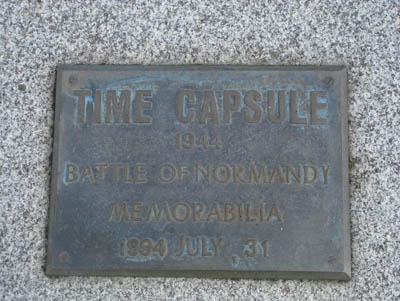 25th July 1944, Operation Cobra  breaking through the German Front between Saint-Lô and Périers enabled the American army to encircle a German army corps and to create a gap which resulted in the fall of Avranches on the 31st of July 1944. From there, Patton burst west into Brittany and east into the Loire Valley towards Paris in his famous breakthrough, which made possible the Liberation of France.

What can be translated in English like:
Between July 31st and August 16th, 1944
the glorious American Army of General Patton
passed this crossroad
accomplishing the break-through at Avranches
with the thunder of his armour
on his way to the victory
and liberation of France